Home
Television
Are Arrow Season 7’s Real Villains in The Present And Future? 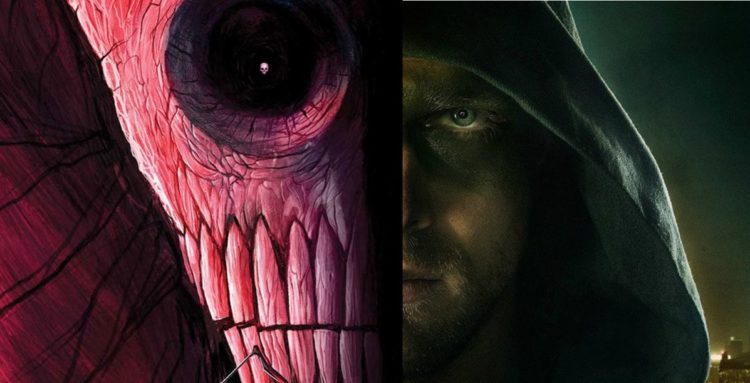 Speculation is one of the best sources of entertainment when it comes to superhero media. As a result, it should come as no surprise to learn that interested individuals have come up with a theory that the current season of Arrow will feature the Ninth Circle as the main villains for both the present and the future storylines, which is based on some pretty solid reasoning. However, before laying out that reasoning, it is necessary to mention something about the source material.

What Is the Ninth Circle?

On the whole, the Ninth Circle is a relatively recent addition to the Green Arrow mythos. However, it has been a popular addition, meaning that doesn’t actually detract from their chances of making it into the show. This is particularly true because the Ninth Circle has a fair amount of versatility, thus making them an excellent choice for adaptation.

Historically speaking, banking hasn’t exactly been regarded in the best light. For example, there have been Christian thinkers who believed that charging interest was the same as stealing from the borrower, which was further strengthened by Aristotle’s belief that charging interest was unnatural because something sterile such as money shouldn’t be capable of “breeding.” Likewise, banking’s reputation isn’t particularly good in modern times either, which hasn’t been helped by some of the short-sighted profit-seeking that contributed to the financial crisis of the mid to late 2000s.

The Ninth Circle is a bank that lives down to the worst stereotypes before exceeding them in their egregiousness. For starters, it believes in profit over both laws and morals, which in a comic book universe, means that it will both facilitate financial crimes and finance supervillains looking to get their next scheme off of the ground. On top of this, the members of the Ninth Circle literally see the concept of evil as being ridiculous in nature, so much so that they have deliberately cultivated a hellish look for their operations based on Dante’s Divine Comedy. Something that seems more than a little bit unwise in a setting in which both hell and hell’s occupants are very much real.

Regardless, the Ninth Circle is supposed to possess immense power. In part, this is because its members are the heads of legitimate businesses, meaning that they wield considerable influence on the legal side of things. However, it should also be noted that the Ninth Circle has an army of brainwashed soldiers, which actually complements its various associates on the not so legal side of things. In fact, the Ninth Circle’s influence is so widespread that Green Arrow’s parents were both members, which would explain why it has roots sunk throughout his corporation.

Why Do People Think that the Ninth Circle Has Shown Up in Arrow?

As for why people think that the Ninth Circle has shown up in Arrow, well, the show has already established that there is some kind of financial institution that is catering to the financial needs of criminals situated all around the world. Moreover, said financial institution is headed up by someone named Dante, while its operations are connected to the Longbow Hunters. Both of which are characteristics that are true for the comic book version of the Ninth Circle, thus strengthening that particular line of speculation.

Meanwhile, people think that the Ninth Circle is the villain for the future storyline as well because it resembles a Green Arrow story called “The Rise of Star City.” In short, the story saw the Ninth Circle taking control of Green Arrow’s corporation as well as local governmental authorities to implement a plan to turn his hometown into the first of its planned “Star Cities.” Essentially, these Star Cities were supposed to be run on pure laissez-faire capitalism, which was supposed to enable the rich to flourish so that some of their earnings would trickle down to the poor. In practice, the Ninth Circle meant for said system to have exactly the effect that it would probably have in real life, which is to say, create a very pleasing set of circumstances for the rich and powerful while reducing the whole of the working class to crushing poverty.

In the future storyline, the heroes have stumbled on a plan to bomb everything outside of The Glades, which is presumably meant to open up the rest of the city for gentrification along the same lines as The Glades. The basic idea hasn’t been confirmed at this point in time, but considering what is known about the Ninth Circle, it does certainly sound pretty plausible.