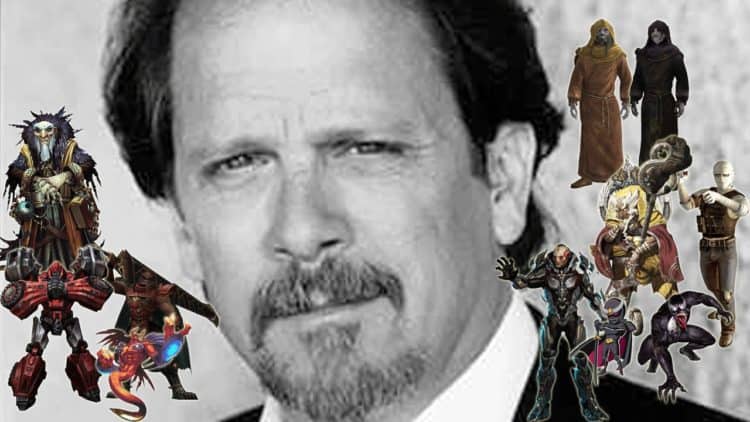 Trying to nail down all the roles that Keith Szarabjka has done over the course of his career is kind of difficult since to be realistic he’s done a lot and managed to become of the more prominent voice actors in the business, but he’s also had a successful time in movies and on TV. Looking at his career is enough to make a person whistle in appreciation since between voice-acting and live-acting he’s taken on quite a few parts in his time, and it’s easy to think that he’s one of the people that gets the call when a voice role opens up that people figure he can handle. That kind of reputation, which is easy to assume he has, is something that is almost worth just as much as money since it tells people that this person is someone that can be relied upon and can produce the results they want. It’s kind of interesting to wonder though if any of his voices sound similar to each other since it’s very easy to think that after voice so many characters that there might be a bit of overlap and that he might have a few characters in his personal library that do tend to sound quite a bit alike. That’s bound to happen with a lot of voice-actors though and it’s not exactly a negative so long as the characters that sound alike are far enough removed from one another. Plus, if the character is distinct enough it’s easy to let slip that familiar tone or cadence that might be used with one character or another.

I’ve almost always said that voice actors don’t get enough credit, and it definitely still holds true since unless they’ve been well-established as live-action actors for a long time and get into voice-acting it’s likely that a lot of people aren’t going to know that much about them. There are plenty of people that want to know as much as they can about a favorite movie or character and might know who Keith is and celebrate his career, but it’s very easy to think that’s not always the case. What offsets this most likely is that the voice actors that are that good at their job and rely on getting one role after another, wherever it might be and whatever the role might be. Keith has done movies, TV, video games, and has been a skilled voice-actor for a while. Some might want to think that it’s a pretty easy job, and when compared to other manual labor jobs, sure. But one thing about a voice actor is that they have to keep their main instrument in decent shape at all times, meaning their voice. Much like a professional singer, a voice actor has to be careful with their voice and not strain themselves too often, and know how to warm themselves up for a session when they’re needed since one thing about a voice role is that it could be exceedingly short or be just as involved as a live-action role when it comes to dialogue. Having to read the lines of a certain character and get everything perfect and just the way the director wants it is crucial, but it’s fair to say that when it comes to matching it up that a lot of this will be taken care of in the editing process. Still, it does feel accurate to state that most voice actors are going to want to get everything as accurate as they can, which means that it might take several takes to get it all the way it needs to be.

Voice acting is definitely one of those professions that a lot of people might not feel pulled towards, but those that do often find it to be something that they can get into or something that might keep pulling them back if they enjoy the whole idea of creating new characters and possibly taking on old characters in new ways. It is a type of creative art that can’t be discounted since learning to modulate your voice and taking on new personas for one role or another isn’t bound to be entirely easy since being in the right mindset is often necessary and learning what kind of motivation a character has is just as important for voice-acting as it is for live-action, since the audience has to believe what the actor is trying to sell them, which means they can’t just read the lines in their regular voice, unless of course, that’s what’s called for. But with everything that Keith has done, it’s easy to see that he’s able to get into character without fail and is able to come up with one voice after another that works in a very useful manner for each project he’s worked on.