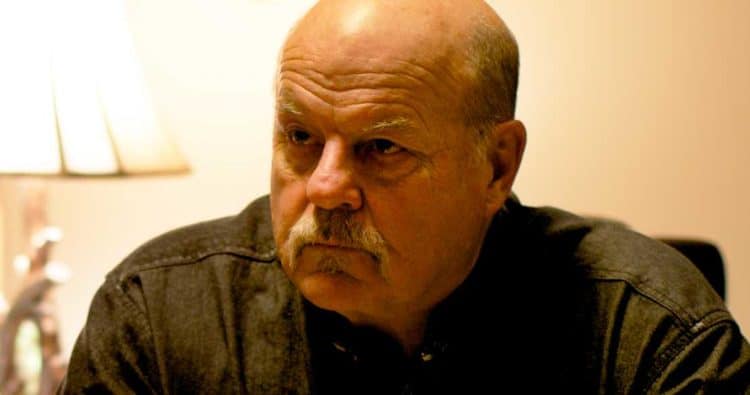 When looking at Michael Ironside’s resume you can’t help but be stunned at how many entries there are that a lot of people simply don’t know about. This guy has been busy for a good part of his life since it seems that he’s been taking on multiple projects each year and knocking them all out of the park with the kind of expertise that has made him the actor he’s been for some time. He’s made a big impression on a lot of people by playing the bad guy or the tough guy in a number of movies. When he’s the bad guy you can’t help but hate him, and when he’s the tough good guy you can’t help but like the guy since he’s stern and intense but he’s easily one of the best characters in the story when he gets to be the good guy. The absolute intensity that Michael brings to each of his roles is just great since despite being more of a character and supporting actor he’s still memorable to the point that you might even remember him more than a lot of the leads he’s with.

Those of us that grew up watching this guy no doubt have our favorite movies and shows since he was in V, Total Recall, The Perfect Storm, Starship Troopers, and so many more that it’s hard to count. He’s done live action and voice work throughout his career, proving that he doesn’t confine himself to one medium and can rock whatever part he’s given. Throughout the years though it’s been very easy to see him as the tough guy that shows up and just there to cause or break up trouble. Those of us that have been watching him for so long can probably attest to this since his stern demeanor and kind of psychotic smile, just watch Total Recall, are great enough that it’s easy to think that he’s someone you wouldn’t want to cross. To those that know him and have met him though Michael seems like one of the nicest guys you could ever meet as he tends to love the life he’s had and has been a huge inspiration to many people.

Just to keep the article within the boundaries of my word limit I’d like to examine two different characters that are known to so many and are iconic simply because it was Michael Ironside that made them so memorable.

Richter is just a horrible human being as far as we’re concerned in this movie since he’s the stereotypical bad guy, he’ll kill anyone he needs to in order to further the ends he’s out to meet, and he has no real concept of being a decent human being. It’s kind of a huge mismatch it would seem putting him in a no holds barred fight with Schwarzenegger but thankfully the blitz attack he uses seems to work for a little while. But again, a powerhouse like Arnold playing Quaid was bound to overpower Richter at one point. The whole buildup to this fight though was great since Richter is after Quaid with a vengeance for this entire movie and the penultimate moment comes when Quaid is strapped into the memory-wiping device and Richter takes the time to slug him right in the face, taking advantage the fact that he’s incapacitated. Of course, it doesn’t help that Quaid killed his wife, but Richter is still one of the most vicious and utterly ruthless bad guys in cinema history and it’s great since Michael took this character to a seriously impressive level.

Lieutenant Rasczak is by and large one of his best roles since he’s a hardass and he’s tough beyond measure, to the point that he almost puts a bullet in a superior officer since the man is spouting nonsense. But at the same time he’s the kind of commanding officer you can’t help but think is who you need on a battlefield. His call of “Come on you apes! You wanna live forever?” is a call to arms in the face of such an overwhelming adversary that it’s hard not to get pumped when you hear it. Of course taking a look at the hordes that are arrayed against the position that he and his soldiers are trying to hold makes one think that their mortality is going to be sorely tested in just a few moments. But give this to the lieutenant, he doesn’t go down without a fight even when the outpost is being overrun and his soldiers are dropping left and right. Even when an underground bug grabs him and starts gnawing his legs off he’s still firing away. That’s the kind of leader that inspires people, even if he’s a bit rough around the edges.

Throughout his career Michael Ironside has been the bad guy and the good guy, but he’s almost always been impressive no matter who he’s playing.