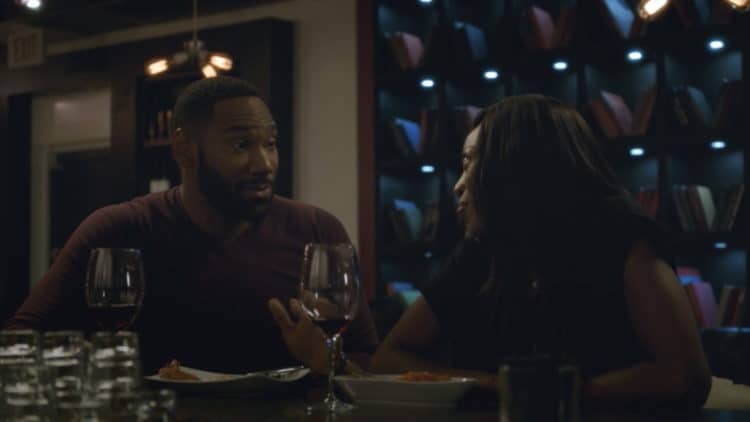 Most people are lucky if they find one career path they enjoy during their lifetime. Anthony Alabi has been lucky to find two. The former professional football player transitioned into acting after his athletic career ended and he’s found lots of success in the entertainment world. From the big screen to the small screen, Anthony knows how to bring it. As an actor, he has become well known for his roles in shows like Raven’s Home and Family Reunion. Although lots of people probably doubted his ability when he started acting, Anthony has shown that he is truly talented. Anthony hasn’t made any on-screen appearances yet in 2021, but we likely haven’t seen the last of him. Keep reading to learn 10 things you didn’t know about Anthony Alabi.

Anthony was born and raised in Texas. His father is Nigerian and his mother is Puerto Rican. He takes great pride in the cultures that make him who he is. Anthony actually cites his father’s love of foreign films as the thing that initially got him interested in becoming an actor himself.

2. He’s Always Wanted To Be An Actor

Since Anthony spent so much time playing football, most people naturally assumed that sports were the thing he really loved. In reality, however, acting was always the thing he really wanted to do. Like most other people, however, he initially chose the path that would provide him with the most money and stability until he eventually realized it was time to follow his heart.

3.  He Wants To Start A Charity

Anthony is passionate about helping others and there’s something specific he hopes to do in the future. He told Violeta Nicola, “My mother died of breast cancer back in 2001 and my wife used to be a teacher. So for us, we would love to start a charity to help children who lost a parent to breast cancer pay for school.”

Since entertaining the entertainment industry, acting has been Anthony’s primary focus but he’s also dipped into things behind the scenes as well. He made his debut as a writer in 2011 with a short film called Sleep Boner which he also produced. His goal is to eventually do more writing and production work.

5. He Has A Master’s Degree

Education is something that has always been very important to Anthony. He earned a bachelor’s degree in criminal justice from Texas Christian University. He then went on to earn a master’s degree in liberal arts from the same school. Anthony has also undergone professional acting training.

Anthony has put in lots of hard work to get where he is today, but he understands that he couldn’t have made it without the love and support of his family. He is a happily married father of two and he loves spending as much time with his wife and kids as he can. Anthony’s wife has also played a big role in encouraging him to chase his dreams.

7. He Loves To Inspire Others

Everybody needs someone who encourages them to keep pushing forward and Anthony hopes to become that person for other people. He loves being a source of inspiration and encouraging people to see the good in life and keep moving forward. Additionally, Anthony is a big advocate for people going after what they want.

For lots of people, success and money are synonymous, but that isn’t the case for Anthony. He has his own definition of success and he’s very happy with what he’s achieved so far. During an interview with Digital Journal, he said, “Don’t worry about the money. Too many people underestimate happiness. Fulfilling yourself and being happy is the most important thing, and if you find something that allows you to do that and pays you, then you are living the dream.”

9. He Would Love To Be In Star Trek

Almost every actor has at least one role they’ve always dreamed of playing; Anthony Alabi is no exception. While talking to Nicola Violeta he shared, “I have a lot of characters I would love to play. But, none more than an officer in a Star Trek series. I’m such a huge fan, that playing a Vulcan or a Klingon or a federation officer would be a dream come true.”

10.  He’s Grateful For Every Opportunity That’s Come His Way

Transitioning from being a professional athlete to a professional actor hasn’t been easy. He has had to deal with lots of rejection, but Anthony has enjoyed every second of the ride. Although there are still plenty of things he wants to accomplish, he’s extremely thankful for everything he’s been able to do so far.

10 Hilariously Weird and Awkward Moments On The Graham Norton Show

Issues That The Super Mario Bros Film Needs To Avoid

Disney is Looking to Spend Big in 2022

Should Kelsey Grammer Return as Beast in X-Men?

What Has Tom Felton Been Up To Since The Last Harry Potter Movie?