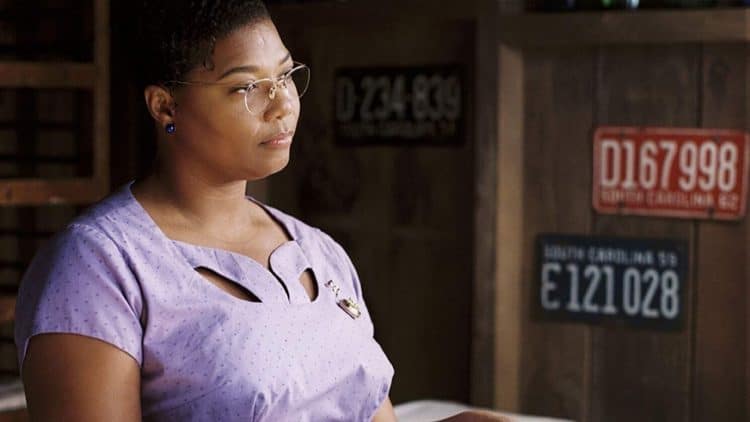 Most people might guess what kind of argument is going to come from realizing that Queen Latifah is going to be taking on the role of The Equalizer and it has mainly to do with the idea of why the role has suddenly been gender-swapped since Denzel Washington played the main role in the last two movies and Edward Woodward played the main character in the TV series. Both of the initial actors were male, the first was white, then came Denzel, now we’re being presented with a series that has a black woman serving as the main role. Some might call that progressive but in a big way it would appear that the changes that have been coming to TV and movies is still ongoing and still bound and determined to switch up as much can be switched in order to create more diversity in show business. Queen Latifah is, as Jessica Fisher of GeekTyrant states, a fine actress and someone that’s easy to follow, but changing up the characters of an established story just for the sake of it is starting to become a trend that some people are growing tired of, no matter that it’s not about to change.

In a very noticeable way it speaks of a lack of creativity on the part of the writers, producers, and even directors that take on such projects since for someone of Queen Latifah’s caliber it should be fairly simply to create another show in the likeness of The Equalizer and allow it to be something new, something fun, and dynamic enough that people would want to watch it. This is more proof that the creative streak in Hollywood is running nearly dry since with the remakes, reboots, and sequels that keep churning out and the continuous and obvious use of various formulas that people can recognize, the industry is truly starting to decline in a manner that a lot of people either can’t or don’t want to see. It’s easy to say as much being just one voice among the many that happen to think that everything is okay and nothing untoward is happening when changes are being made for the sake of change and not to truly enrich the viewing pleasure of the audience in any way, but the unfortunate truth is that there is little to nothing stimulating about bringing back an old idea and changing up the role to be more socially ‘woke’ for the current day and age.

At this time the show does have the green light and there’s no telling just yet when it will arrive, but it’s also feeling as though the gender swap is going to be something that people will be talking about eventually if only because it’s an obvious point of interest that so far appears to have been glossed over. There are a large number of folks that will immediately run to anyone that will listen when a white actor is cast for a role that was meant for a person of color or other ethnicity, but far too often a mere mention is all that occurs when people of color are selected to play characters that, in the source material, were white. Yes, yes, historical blah and racist blah blah, no offense but the arguments are all the same these days and it’s not much different when talking about gender swaps either in movies and TV. Women can take on men’s roles and little to nothing gets said save for when the roles are so important to the story and so well-liked by fans that the most diehard among them will throw an absolute fit. But on average, women taking on men’s roles tend not to less attention in terms of being lambasted. Queen Latifah is in fact a great actress, but the idea of seeing her being quite as intimidating as Denzel is more than a little difficult, though it’s entirely possible that the story will take another direction and make her into someone that doesn’t resort to physical violence as much but perhaps has connections and plenty of people that she can depend on when the situation calls for it.

In other words she just doesn’t feel like the same action star that Denzel has managed to be in the past and the fact that she’s about to star on a show where the main character is known for being quite violent when he has to be is hard to imagine. It could be that the show will be a hit and I’ll have to eat crow. It won’t be the first time thankfully but thus far the mere idea of bringing a woman into this role has nothing to do with thinking that a woman couldn’t pull it off, but everything to do with the fact that Queen Latifah is hard to picture as an action star. Nellie Andreeva of Deadline has more to say on this matter.