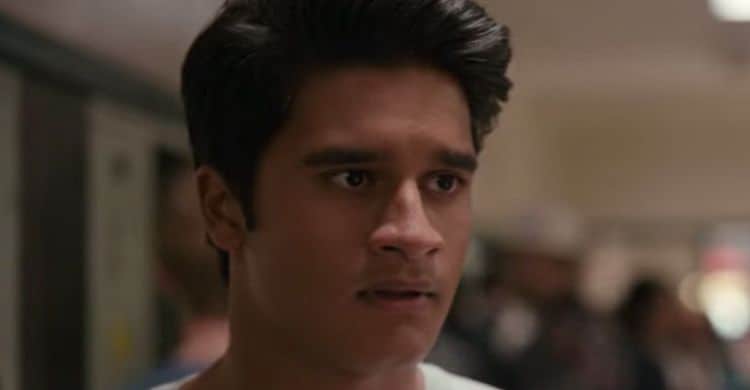 Quality over quantity would be the perfect phrase to describe Amir Bageria’s resume. Even though he has just five acting credits at the moment, the work he’s done has gotten him lots of respect and attention. After getting his first breakout opportunity by being cast as Baaz Nahir in Degrassi: Next Class, Amir found himself with an even bigger opportunity when he landed the role of Siddhartha (Sid) Pakam in the new Netflix series, Grand Army. Amir’s role as Sid has given him the chance to share his talents with an incredibly large audience and his ability to play such a complex character certainly hasn’t gone unnoticed. The future is looking bright for him and his fans are excited to see where this journey takes him. Keep reading for 10 things you didn’t know about Amir Bageria.

You may have been able to guess this by the fact that Amir got his star on Degrassi, but he was born and raised in Canada although he’s family’s roots trace back to southeast Asia. Although most of the filming for Grand Army was done in Brooklyn where the show takes place, there was also some production done in Canada.

2. He Started Acting Professionally At 14

Amir may be young, but he’s certainly not a rookie when it comes to acting professionally. He knew from an early age that acting was what he wanted to do and he made his professional debut when he was only 14. During an interview he said, “It was really daunting. I was 14, working with 17, 19 years old and wanting to be like them and fit in. It honestly wasn’t that different from being in a regular high school.”

3. He Tapped Into His Brother’s Experience To Prepare For The Role Of Sid

Amir’s character in Grand Army is a high school swimmer who appears to have it all. Underneath the surface, however, he is struggling with accepting his sexuality. Although Amir isn’t gay in real life, his older brother is and he was able to lean on his experiences to prepare for the role of Sid. Unlike Sid, however, Amir’s brother was easily accepted by the family when he came out.

4. He’s Not On Social Media

After the premiere of Grand Army there are probably countless people who flocked to social media with the hope of following Amir, unfortunately, those people ended up being very disappointed. At the moment, it doesn’t look like Amir has accounts on any social media platforms.

5. Brokeback Mountain Is One Of His Favorite Movies

The 2005 film Brokeback Mountain has been critically acclaimed for its portrayal of a gay relationship between two conservative cowboys. Amir cites the film as one of his personal favorites. He told The Queer Review, “Brokeback Mountain is one of my favourite films. Jake Gyllenhaal and Heath Ledger were so phenomenal in those performances and I definitely use that as a motivation to try to reach those heights, I’m definitely not saying that I did at all, but that was definitely very inspiring to me”

6. He’s Not Afraid Of A Challenge

There are lots of actors out there who like to play it safe when it comes to taking chances in their career, but Amir isn’t that type of actor. He knows that acting can be a very difficult line of work, but he isn’t one to back away from a challenge. This way of thinking will definitely come in handy for him as he grows in his career.

For years now, Amir’s life has been very different from most of the people around him, but he still finds lots of joy in the simple things. In a video for the official Degrassi YouTube channel, Amir shared that he is a big comic book nerd. Maybe one day he’ll get the chance to play a comic book character on screen.

Comic books aren’t the only thing Amir enjoys in his free time. He has also been a gamer for many years and his system of choice is a Playstation 4. Unfortunately for all of the fellow gamers out there, Amir didn’t go into detail about the games he enjoys playing the most.

On Grand Army, Amir plays a high school student who is hoping to be accepted into Harvard University. In real life, however, Amir’s college days are behind him. Like many of the other cast members on the show, Amir isn’t actually a teenager. He turned 20 in October 2020.

Acting may be the thing that officially stole his heart, but it’s technically not his first love. As a true Canadian, Amir is a huge hockey fan and he also enjoys playing the sport. He started playing when he was around 4-years-old and had dreams of becoming a professional player.