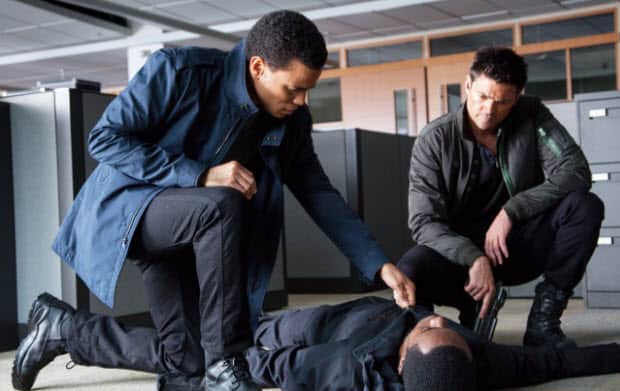 This week’s episode of Almost Human was a lot better from last week even though “Skin” had some strong aspects. It was most likely because the case of the week for “Are You Receiving” wasn’t as disturbing to watch as “Skin” was with its focus on romancebots. This is the kind of case that Almost Human should feature more of.

The comedic beat was a lot better this week and that isn’t a slam on the two previous episodes, it’s just that the jokes were more entertaining and that may happen as the series progresses. Opening the episode with John oiling his leg was hilarious and it became even funnier when Dorian pointed out that he had suggested John to do so.

It’s really those car scenes with Urban and Ealy that are the highlights of each episode because it’s not only then when the show gets to have a lot of great comedic moments, but they also get developed as characters. Must be something magical with that car perhaps?

Obviously they have powerful scenes together outside of the car as well, for example, Dorian imitating John’s voice during the call with Paige was pretty funny despite that it was a serious situation. Another clever scene was after Dorian got shot in the head and stopped working for a while, John had to fix him and it was nice that instead of just calling up Lom for help, he had to improvise, with bubblegum. Who knows, maybe in 2048 bubblegum will be so strong that it will be able to fix things.

However, there has to be a way where the writers can use these characters to the fullest whether they are out on the field or not. Since the show is only three episodes in so far, it may be too early to make this comment already, but it’s still an observation worth mentioning.

The scene where Dorian decides to just jump in and take out all the armed men before getting shot several times was a great scene despite that it was a big risk for Dorian. He struggles once again with his fear for death despite being what he is and that is what continues to make this character so complex and compelling.

“Besides, no one messes with my coffee-warmer” was the best one-liner out of all of them as well as a big “aww”-moment for John. Their relationship is what makes the show so intriguing to watch every week and that has a lot to do with the chemistry that Urban and Ealy have with each other. The final moment when Dorian started to sing to Elton John music to John’s annoyance was outstanding for so many reasons.

The only “issue” with this episode was the fact that the supporting cast is still not being used as much as hoped. With strong talents such as Minka Kelly as Detective Stahl, it would be nice to see her out on the field. Although, since this is supposed to be a buddy-cop series based mostly on John and Dorian, it does perhaps make sense why characters like Stahl, Lom and Captain Maldonado are mostly seen in operating from the offices. Other than that, there was really nothing wrong with this episode as it was intriguing to follow and the bad guys for this week was definitely intimidating to follow. Whenever the leader would ask a hostage what their name was before shooting them (or in one case, drag the hostage out to join the others), it made for a series of intense moments.

”Are You Receiving?” was overall a stronger episode than last week as it continues to develop the relationship between the two main characters. The writers are definitely keeping the balance between the comedic and dramatic moments for the show which is an important thing.

Hopefully FOX will see soon that Almost Human is definitely worthy of getting a full season pick up, unless it’s like The Following, that it is only supposed to be 13-15 episodes per season. 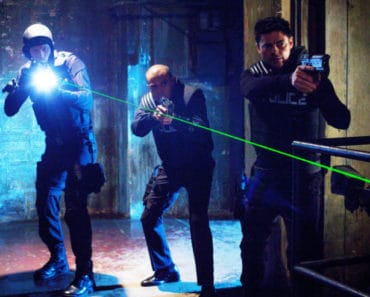 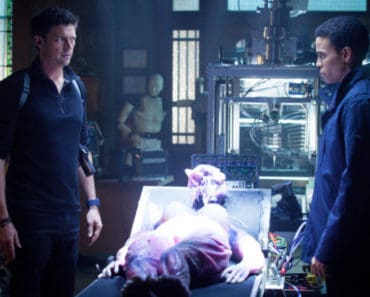 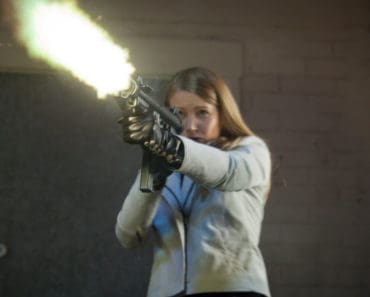 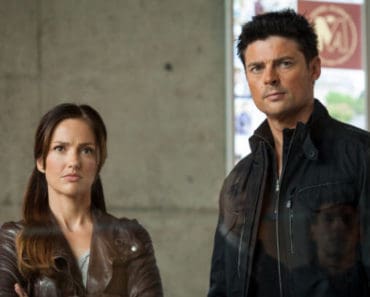 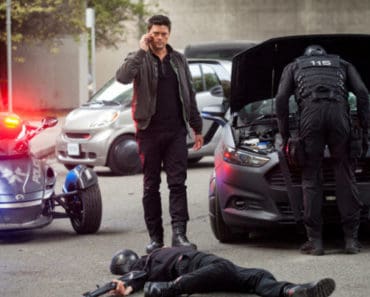 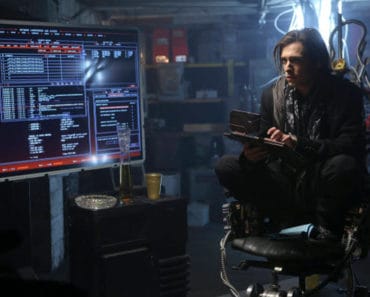