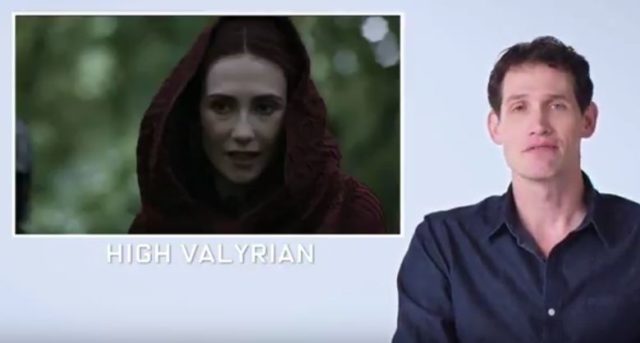 Does anyone remember the video I shared a few weeks ago that featured dialect expert Erik Singer?  It was an extremely detailed video of him breaking down the accents of 32 different actors in movies.   This man is an expert when it comes to determining if an actor did a solid or poor job of performing the correct sounds and pronunciation of a particular accent.   Singer is back with another detailed video but this time he gets into fictional languages.

If you’ve got a spare 20 minutes of time this is a pretty interesting analysis.  Singer analyzes some of the most famous “constructed languages” in movie and television history. Which real-life languages inspired “conlangs” like Klingon and Dothraki?  You’ll find that out as well as another 4 “made up” languages in the video below:

P.S. Video Editor’s Note: Major apology for mistake at 8:48, putting Lithuanian for Estonian! No offense to anyone in the Baltics. Here is a great clip of Angelina Jong speaking Estonian: