Home
Television
ABC Hit Series “Revenge” Is Getting a Reboot 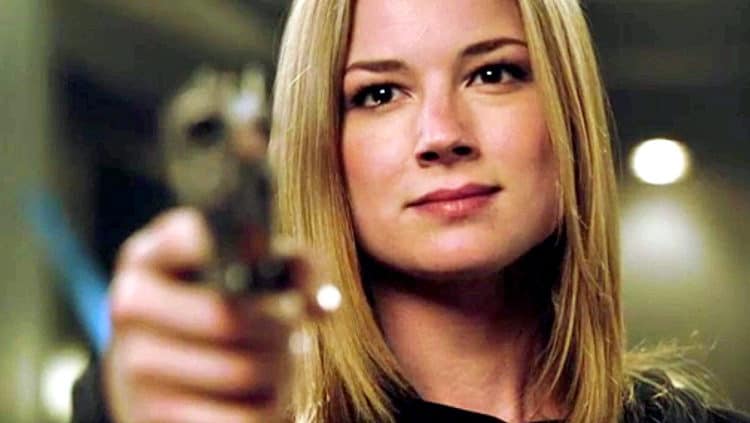 Jessica Fisher of GeekTyrant has announced that there will be a reboot of the hit series on ABC, Revenge coming out eventually but as of now there aren’t any solid details to go on other than it is in the works and it will be happening eventually. The 2011 series was a big hit for the network and pulled in a lot of viewers since obviously drama and revenge are two big qualities that any successful show can promote given that people tend to love story lines that use such angles to push their ideas. For those that were hooked on this show it shouldn’t be too hard to get excited since the whole idea is one that has been quite popular for a long time now. The chance to gain revenge on those that slight you is usually a very popular idea that many people can use in a number of ways that tend to be looked upon favorably by the viewing audience.

This story is one of the many that has taken the idea of a character coming back to enact their vengeance and ran with it in a big way, but it’s also gone on to show that the individual gaining that revenge does eventually give in to the conscience that they do have despite their attempts to tamp it down in favor of getting what they want. In the original show the main protagonist is a young woman that once lived in the Hamptons but was forced to leave after an incident that destroys her family and gets her father killed. This of course is one of the inciting incidents that takes place and creates the level of rage that one can only imagine as the protagonist eventually comes home under a different identity and actually rents out the home that she was raised in. The predictable fact that she goes on to target anyone and everyone that had something to do with her father’s imprisonment and eventual death is great since it mirrors the feelings that a lot of people might have if anything similar ever happened to them. The need for payback and revenge isn’t exactly universal, but it’s something that many human beings can understand as the ideals of justice and fair play aren’t always able to be upheld thanks to the legal system that is both blessing and bane to the people that fall under its sway. In this instance though Emily finds out more about her father along the way and has to enlist the help of a few allies to continue her path of vengeance so that she can gain some type of closure.

The thing about revenge however, as has been shown in many movies and TV shows, is that ultimately it’s quite empty and no matter a person feels once their goal is attained, if it is, the idea is that the deed is still done, the people they’ve lost are still gone, and the time that was spent trying to gain that revenge might not have been wasted, but it could have also been put towards better things. It’s easy to want revenge on another person after being wronged and it’s quite natural as Sean Platt of Sterling & Stone would agree since as human beings we tend to want to undo the wrongs that others foist upon us at times, but the burning fire that is revenge tends to burn both those that seek it and those that are bound to be consumed by it. In other words this show is great since it doesn’t just show Emily getting her payback, it also shows her struggling with the idea that what she’s doing isn’t entirely right, even if it feels like she has no choice and has to get justice for her father and herself. That’s the kind of show that a lot of people can relate to since it shows the human condition when it comes to the need for justice, for revenge, and the conflict that wars within the minds of those that know right from wrong and which path will ultimately give them the best result. Sometimes though, as it’s been seen in pop culture, revenge is the only real way to get the hard-nosed justice that some people want, and the only way to make some people that do wrong finally pay for the things they’ve done since too many attempt to weasel out of any punishment and will go to great lengths to uphold their status and their false innocence, no matter who they have to hurt.

It does seem to be the right time to bring this show back as it might resonate with the audience in a big way and allow them to fully realize just how great the original was. Hopefully it will do just as well. Rebecca Iannucci of TVLine has more to say on this matter.