Home
Television
A Zatanna TV Show is Allegedly in the Works 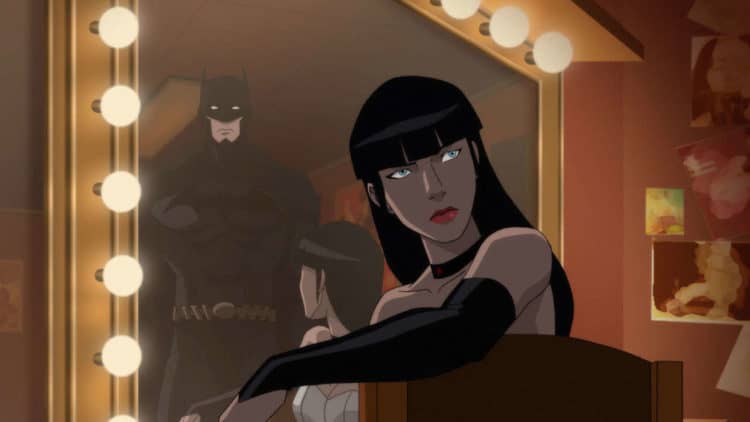 It almost feels as though DC and the MCU have been in a big hurry to gather their properties and make another go at the box office, doesn’t it? The obvious futility of this is due to the idea that the theaters aren’t operating at full capacity yet and simply can’t at this time, but it does appear that both companies are still doing what they can to get their properties out to where people can see them in a different medium. Zatanna, one of DC’s greatest magic-users, is reportedly going to be getting a TV show or a movie, though it’s not for certain at this time as some have stated. To be realistic, giving her a TV series might be a better idea simply because while it is a commitment, and one that could make or bruise her, a big-screen movie would be an even bigger commitment that could break the character, or at least damage her reputation for a while if things don’t really go the way they’re supposed to. Look at Jonah Hex and Constantine if there’s any doubt about how such a thing could possibly go. To be fair, those that would be behind the making of Zatanna would no doubt be operating under the idea that the same mistakes would be best to avoid. With a TV series, there would at least be a commitment to one season at least in order to see whether the character could really attract the viewers and keep their attention.

Such a movie might actually help to pave the way for a live-action version of the Justice League Dark at some point as well, which could continue to expand DC’s reach in another big way. How well the character might do is hard to guess since it would be up to those telling the story and how well it was received by the audience. DC has a huge fanbase since there are many people that don’t buy into the conflict between DC and Marvel and tend to like both, so it’s easy to think that the show might actually do fairly well and could usher in another success story for DC if they play their cards right. The thing about Zatanna is the same as any character from the MCU though, there has to be some sort of origin story and some build-up to who she is now or at least some explanation given in flashbacks that might tell about her life and how she came to be such a big player in the DC universe. One might hope there would be a few cameos in a TV series by other major characters from time to time to lend a bit more credence to Zatanna’s story. The truth is that no single hero in DC or in Marvel exists in a vacuum, since at one point or another every last one of them will be visited or run into another hero, thereby facilitating a meeting of sorts.

The show, if it is bound to be that, needs to focus on Zatanna first and foremost obviously, and setting her up with an origin tale, even a brief one, would be a good idea since it would introduce a lot of casual fans to those that simply want to see a good show to something that might entice them enough to stick around. This could be a good hook to lead them into whatever Zatanna will have to offer, and by extension keep them coming back for every episode, and possibly a second season that will go deeper into the woman’s world and then deeper into the magical side of DC, since the company does have a stake in magic that a lot of people might not know about and would surely be interested in. This could lead to other characters that have either shown up in animated features or been scarce in the DC universe apart from the comics but are very much desired by the fans. DC is making big moves at this point to try and push their own brand forward, and so far it would appear that they’re headed in the right direction. It’s been stated that they’re not trying to keep up with the MCU at this point, but to be sure, that idea sounds less and less likely since the MCU is their one big competitor, and whether they’re going to simply attempt to do the best they can or will fall into the pattern of competition once again it does feel as though they’re doing their best to move forward and are doing a decent job of it. While the MCU has its resident Sorcerer Supreme, the act of diving into the magical world with Zatanna and others could be the right move at this time.