Home
Television
A Supernatural Prequel is Headed to the CW 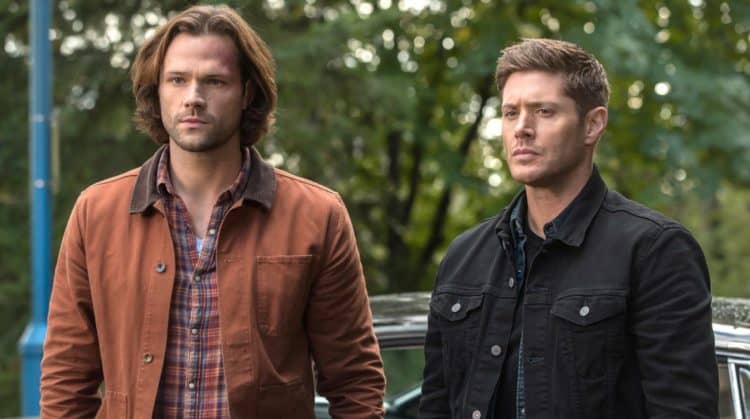 Sometimes it’s hard to know what’s a joke and what’s for real when it comes to actors and their reactions, but many people were thinking that Jared Padalecki’s comment about not being included in the Supernatural prequel that’s heading to the CW was a little more than a joke. When he insisted that no, they weren’t people became even more confused since it had already been stated that both Jensen and Jared would be headed back for the prequel, which would feature their parents and would show how everything got started with the Winchesters and their overall quest. Trying to sort out whether or not Jared was being real with his comments has a lot of people thinking that he’s being genuine and knew nothing about the fact that he wasn’t in the prequel and others claiming that it’s a joke and that people are being had left and right. Trying to sort this out is kind of a headache to be certain since, on one hand, it’s not above any actor to misdirect the audience in this manner since it could be a buildup to a surprise reveal. On the other hand, if it is genuine then it could have been that Padalecki wasn’t told since he’s been busy with Walker, Texas Ranger, which has been given a second season.

Whatever is up the fact is that the show is still coming and people are going to keep chirping back and forth until they find out the truth or it’s revealed to them in some way that will effectively shut down most of the discussion. It does sound odd that a Supernatural spinoff wouldn’t feature one of its biggest stars, even if he’s currently busy with another show. This would be an odd way to hype the show so it’s likely that this isn’t the goal or the method that’s being used, but again, it would still be odd to leave out one of the top stars of a show when a spinoff is being considered. But then again, it could be that this is simply Dean’s project and time to talk, but hopefully we’ll find out eventually.

What’s really amusing is the reaction that people have had to this since the idea that people get this worked up about a show is still either really impressive or worth a head shake and an eye roll since the role of entertainment in our lives has become something that a lot of people apparently can’t do without. One bit of proof is that when something like this happens the gossip-mongers tend to come out in droves and storm the Twitterverse with their opinions and their anxiety as they worry over what might happen if one actor isn’t present or whether or not the actors are playing a joke on the fanbase. Seriously, people might want to play it off as though it doesn’t bother them, but the reality is that when it comes to a favored show, a lot of people are just one remark from flying off the hook and commenting on a matter in a way that makes them sound a bit ridiculous. Granted, a lot of us care about our favorite shows, but there are times when one has to disconnect and let whatever’s bound to happen just happen.

There’s a good chance that it might be a joke and that Padalecki might be on board with the prequel, and there’s a chance that he’s not and people might need to stop worrying about it so much since there’s no point in overthinking something that folks have no control over. Show business isn’t always neat and ordered as people want it to be, which is a lesson that a lot of people should have learned by now. Supernatural has already entertained the idea of a couple of spinoffs that didn’t go anywhere, and it’s a big hope that this one will work where the others didn’t. To think that people would be focusing on this as well as who’s going to be starring in the show would be nice, but there are plenty of people that apparently can’t multitask all that well.

If it is a joke and Padalecki shows up one can imagine that there will be a lot of pleased and relieved fans. But if he isn’t joking and doesn’t make the cut then, well, it might be time for fans to learn how to shrug their shoulders and say ‘oh well’. That’s yet another lesson that a lot of people haven’t figured out yet since the whole idea behind watching TV is to realize in the back of your mind that things are going to happen that one might not agree with, but when such things do happen, it’s better to roll with it than to worry too much about an issue that one has no control over.