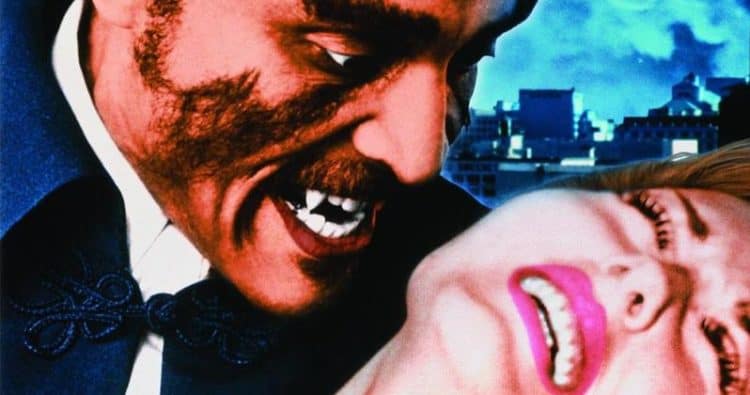 Maybe it’s the wave of vampire movies that have come and gone over the years, or maybe it’s the thought that someone might make a seriously big deal about this movie rather than just hype it up as usual and promote it in a way that will make sense. But Blacula, the story of an African prince who begged Dracula for a way to stop the slave trade and was cursed for his efforts, is a story that might be interesting. But it’s a wonder if people are going to respond the way the director wants them to. It’s easy to think that the movie could be accepted and that its reception could go either way, but at first glance, the Blaxploitation movie could be seen as offensive by some and controversial by others, while it could be seen as a positive move by others. There’s nothing saying that a black vampire couldn’t exist, mainly since this has been done in the years since Blacula first came out since a couple of stars have made the idea of a colored vampire possible. To say it’s no longer a revolutionary idea might not be kind, but it’s the truth. Here’s what the director of the movie had to say via MovieWeb:

“Blacula is arguably one of the most prestigious Black franchises and so important to the culture as it birthed a groundswell of Blaxploitation-horror films, which changed the game for how our people were seen on the big screen. Growing up in Gary, IN, I loved watching Blacula and was so proud that William Marshall was a fellow Gary native. It’s mind-blowing that this franchise never got the energy or appreciation that other genre films received over the years, but this reboot is about to change all that. Thank you to Aaron, Brenda and team Bron as well as everyone at MGM for joining us on this adventure. We promise to bring new life to the iconic ‘Blacula’ character that will resonate with audiences worldwide!”

This is when one might have to remind the director that while he enjoyed this movie as a kid, likely alongside several other kids around the nation, it’s still an idea that faded out for a reason. It’s very possible that he could make it into something that will be considered a triumph if enough effort is put into it, but the idea is it could still be effective when shown to audiences. The idea of bringing older properties back into the light isn’t a new idea, but it’s been seen over the years that it’s worked for some franchises and has managed to bring them back to life. It’s a hit and miss type of deal though since not every story is going to be something that people want to see return. As far as being one of the most ‘prestigious’ franchises, black or otherwise, the director must be living in a bubble since after looking at the favored movies that are centered around characters of color, Blacula barely ever gets mentioned. It’s nice to see this level of confidence really since it means that the director is going to put everything he can into the movie, but it still feels that it might not be the movie that’s needed right now.

Thinking that he’ll be able to change how much respect the franchise has received in the past years by creating something so astounding and amazing that people will have to watch isn’t a bad goal, but it is a bit ambitious. If Blacula returns and it becomes one of the more popular movies to be embraced by the fans then obviously I’ll be eating a few of my words and admitting that yes, it is the right time for this movie to make a comeback. But at this moment it feels that it might be met with initial excitement and then a serious dose of reality. That’s a prediction at best, and to be certain it’s not a hope that the movie fails. If it could be updated and turned into something great then that would be interesting to see, especially considering how long it’s been since Blacula has been seen by the public.

Every story has some validity to it to be fair, but what the fans think might be something different. Having faith in a story like this isn’t a bad thing, but it’s bound to take some work to bring Blacula back to life, and even more, it might take some doing to introduce him to a modern setting. But it’s easy to think that since the story would be set during the current unrest in the country that it would be coming from a very woke stance that might attract many fans, but turn others away after the first viewing.