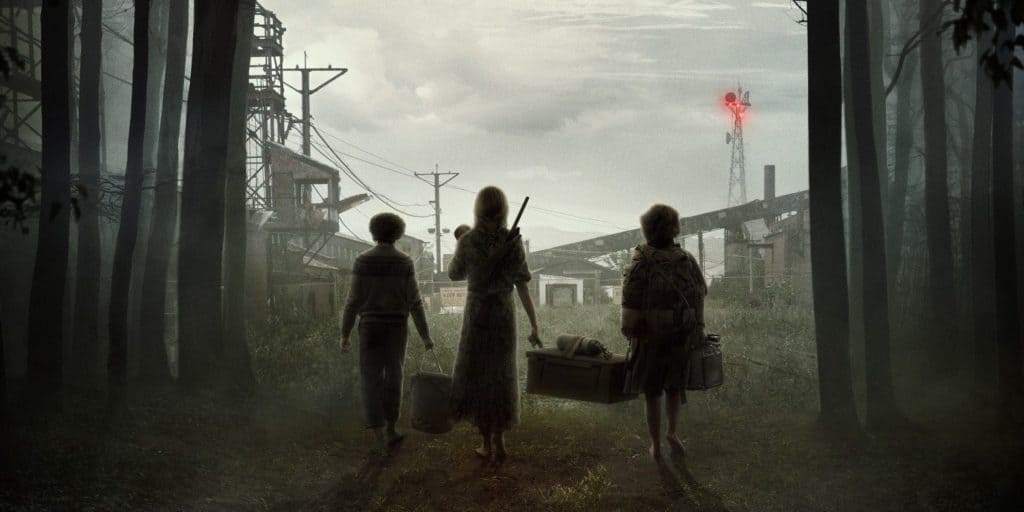 For year people have said that sequels didn’t have what it took to overtake their predecessors and someone must have listened because in previous years sequels have been seen to really overtake their original movies in a big way, and A Quiet Place 2 looks like it might do the same. What we know so far from watching the trailer is that it’s going to take the audience back in time when the alien invasion was first happening according to the visuals, and it wasn’t yet realized that the creatures hunted using sound. But it will stay grounded in the present as well obviously since the trailer does move back and forth, establishing just where the family is now and how things went down in the beginning. So maybe we’ll get to see more of John Krasinski since he was a big reason that his family stayed alive in the first place and it could be that we’ll get to see how they figured out that staying quiet meant staying alive as well.  Right now the possibilities that are being given are still kind of open since the trailer hasn’t shown every little detail yet. But as you can imagine and as Jon Arvedon of CBR might agree, there’s already plenty that we can deduce having watched the first movie.

I’ll admit to being skeptical of the first movie at first since the whole premise of having to stay quiet since the things hunting the family and the human race rely heavily on sound was kind of thin in a lot of ways. For one, how acute is their hearing? Could desperation and hunger sharpen their senses? Could they possibly hear a heartbeat in the absence of any other sound. And just how much ambient sound would be bound to screw up their hearing? In other words how likely is it that a family could fool the creatures by making camp, or a home, in a place that’s continually surrounded by noise? There are places in the world where noise is a constant and might screw up the acoustics for such hunters, no matter if their hearing is that sharp. Ever try to hear a conversation only a few feet away on a beachfront? Or how about the wind sighing through the trees? There are so many different noises in nature that could occur that make the question of just good the hearing of the aliens really is one that needs to be answered. But apart from that the second movie already looks like it might be worth watching since those that have survived aren’t all bound to be the best that humanity has left to offer. That idea kind of gives a Walking Dead vibe since as it was seen in the show and the comic those survivors that do manage to band together are great, but the others are bound to try and subjugate their fellow survivors in an attempt to gain the kind of power that they might have never had. What a world it would be if that’s how things turned out in this movie. Petrana Radulovic of Polygon has more to say in terms in the movie.

From just watching the trailer it might actually turn out that way and even worse is that there’s a newborn in the mix this time and as anyone with kids knows from first-hand experience, keeping a child quiet isn’t always possible as the only way a child has of letting their parent know what they need is to make noise of some type. So the stakes are definitely higher in this second movie since not only is there the knowledge of how to kill the aliens, but there’s still the idea that there are enough of them within the world that going on the hunt is next to impossible given that it takes a certain frequency to render them helpless, and with too many in the same place it might not work that well anyway. It is curious though to think that we haven’t really seen a horde or even a large group of the creatures thus far, only one or two here and there. Obviously one is enough since it’s so heavily armored that it can withstand a great deal of punishment, but the moment it’s exposed by the overwhelming noise that disorients it, the creatures are easy enough to kill. Some might say that’s kind of lame for the reason that it exposes a glaring weakness that makes it possible to simply shut down the creatures if someone had the know-how, but really when you look at it getting to that point has been more than a little difficult and it’s still not an easy thing to kill the creatures since one has to get them close before dispatching them, and anything could happen at that point. So far the trailer looks great, and it could be one of the better movies of 2020.