Home
Television
A Great Gatsby TV Series is in the Works 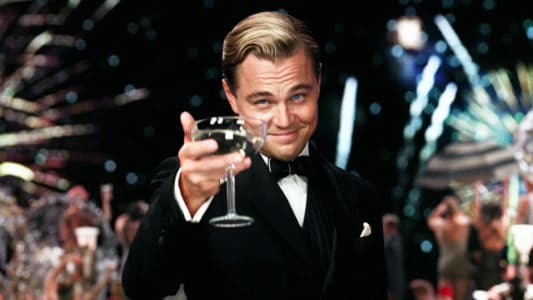 There are bound to be a lot of people that are going to be excited or at least interested to learn that The Great Gatsby is going to get another chance to shine, and this time on TV at some point since the story is going to be adapted once again and even tweaked a bit in order to be a bit more diverse, which could be a mistake or a blessing depending on how it’s received. The only issue that comes from tweaking a story that has its roots firmly set in a certain time period is that it could possibly undermine the story, no matter how people might think that it’s a good idea. But being an opinion writer doesn’t carry a lot of weight other than to say ‘here’s what’s coming’, so putting in our two cents is kind of worthless in its own way when it comes to anything but the continued revelation that this is happening. Perhaps it’s because a lot of us had to read this book in high school, or maybe it’s the idea of keeping the sanctity of a story intact while trying to make it a little more interesting, but something feels awkward about attempting to make this show into something that will identify a little better with the world we’re living in today. A big part of that has to do with the fact that the world that Gatsby was written into WASN’T the world as we know it now.

It’s understandable that folks want to draw parallels between the world of then and the world of now, but the truth is that while some things are similar, most of those things that the world experienced back then were different enough that tweaking them wouldn’t be the best idea when thinking to tweak the story a bit. There’s bound to be a way to make it more interesting without having to sacrifice too much that makes the story a unique as it already is, but the thought at this time, at least in my head, is that the integrity of the story is no longer the most important part of any project; it’s pushing things as far as they can go in order to satisfy those that are going to shout the loudest if their demands are not met in the name of the woke. It’s not worth getting political at this time in order to make a point, but the idea of creating something to satisfy the masses in a way that will show how The Great Gatsby can be translated into something that people of today will feel is representative of our current social climate is irresponsible storytelling as it sounds more akin to the need to accommodate feelings rather than societal facts that F. Scott Fitzgerald penned in his story all those years ago. Yes the story is fiction, and yes it is definitely open to suggestion, but the downfall of many stories comes when the source material is deemed to be less than adequate and is therefore tweaked to the liking of those that tend to mash historical fact with what people want to see.

Michael Hirst, who also wrote for Vikings and The Tudors, is well known for being able to blend fact with fiction and has obviously done a great job with it, but doing this to The Great Gatsby still feels as though it could backfire. Perhaps this opinion is just one among the many that happen to think that the show will go off without a hitch since a lot of people appear to be excited to see this coming. It could be, and it could happen that the show will end up being far better than some will give it credit for, as Hirst will be having help in creating this script as it moves forward. Bringing up a story that’s been done a couple of times and turning it into a TV series though does sound like something that could require a great deal of attention to make certain that it doesn’t end up flying off the rails at some point. There’s not much doubt that there will be people on both sides of this argument, those that will see this as a great opportunity and those that might think that it could be just another attempt to tell a story that has been a favorite among those that are all about literary fiction, or something that is intended to become woke in a time when many stories are getting roughly the same treatment.

When all is said and done it could be that we’ll get to see something that will be far beyond the expectations of anyone, but at this time all we can really do is wait and see what will happen when everything shakes out.