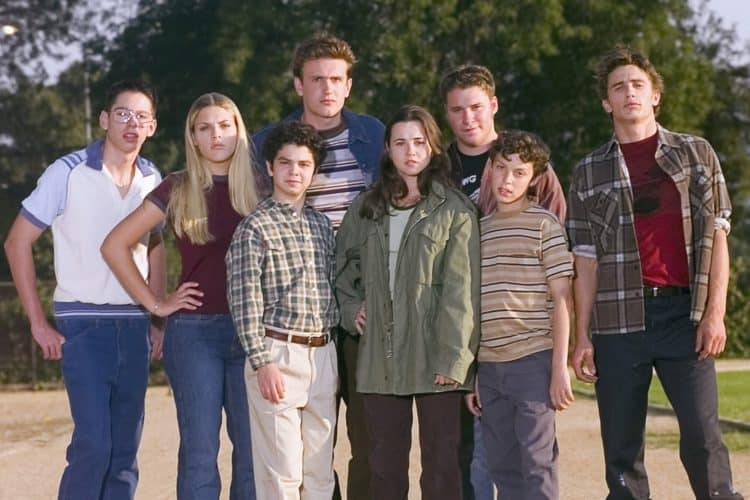 A reunion hasn’t been ruled out when it comes to Freaks and Geeks, but Judd Apatow and Paul Feig are still hesitant to pull the trigger for a good reason; there’s really no need. The fervor of reunion shows has gripped viewers over the past year or so since The Fresh Prince of Bel-Air and Friends have had their own reunions and while people felt one way or another about this there’s nothing to say that Freaks and Geeks would be the same. It’s easy to think that the former castmates could come together, in the same manner, to sit and tell stories of the first and only season of the show, but it’s hard to know if people would want to see this or if they would want the show to resume many years later for a single episode that may or may not be all that great. To be serious, it’s easy to think that not even bothering with this would be the best course of action since letting people keep their fond memories of the show would be a lot easier and it would be a lot more reasonable.

One thing that can be counted on is that when someone starts what looks like an interesting trend, people are going to follow along since unfortunately, the herd mentality is far too strong in human beings. Wanting to see a reunion show for our favorite programs is contagious obviously since many people would love to see the cast members of their favorite shows come together in an attempt to either create a final episode that might satisfy their need to see the show one more time, or to create a roundtable discussion about the show. Even with 18 episodes to the first season, it still feels as though Freaks and Geeks wasn’t here long enough to really warrant a reunion show. People might want to argue with that point, but the honest truth is that each member of the cast has had far more success in their careers than they did in this one season.

A reunion show for Freaks and Geeks hasn’t been ruled as completely out of the question, but at the moment it sounds as though hesitation is the name of the game. One has to think of how difficult it might be to track down and convince each one of the cast members to come back for a reunion show. Tracking them down might not be too hard since each one of them went on to further their careers in show business to some degree. But getting them to come back might be at least a little difficult if only because some of them might have projects they’re working on that might not allow for a lot of time to do anything else. It does sound like a weak excuse, but at the same time, it also sounds like something that might be kind of accurate. Right now it also sounds as though those that are calling for a reunion might be doing so simply because other shows have done this and they want to see what might happen with Freaks and Geeks. The only interest here would be seeing if it could actually happen, not if it would be that great or not.

A reunion just for the sake of having a reunion isn’t all that great of an idea really since without that much purpose to it there’s a good chance that most people would take a hard pass and not even bother. The idea of trying to put something together for no better reason than because the fans saw similar shows do the same thing is something that Feig and Apatow should take into consideration. They probably have, but it’s a big hope that they’ll still say no to a reunion rather than give in. Some reunion shows actually do quite well and manage to give the fans what they want, but at this time bringing Freaks and Geeks back for a single show doesn’t feel like it would be that big of a deal. Given the number of shows that were popular at the same time, it’s easy to think that if this did happen that other fans might want to chime in with other shows.

The fact is that a lot of actors from those shows that people want to see reunions from have moved on, and it’s time to simply admit that a reunion might be nice, but it’s a look back in time that doesn’t serve much of a purpose other than to remember a popular show and how it didn’t last more than a season. That might sound a little harsh, but it’s the truth, and it’s a big reason why a reunion show should be a no-go.