Home
Television
BMF
50 Cent’s BMF (Black Mafia Family) Show: What Can We Expect From The Series 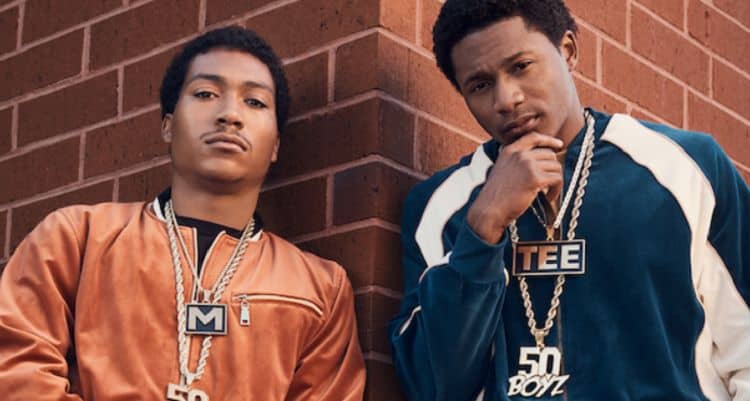 Curtis “50 Cent” Jackson’s latest project the Black Mafia Family has been one of the most anticipated shows on television. Ever since the media mogul spoke of his plans to tell the legendary family’s story in 2019,  fans had been wondering if the show would ever see the light of day. This weekend the full Black Mafia Family (BMF) trailer was released. The new series is officially coming to Starz this Fall. Starz released the trailer for the new crime drama Thursday and the internet was in a frenzy. What can we expect from this new drama series and will it really be one of the biggest shows on television?

If you don’t know, this crime drama series is inspired by the true story of two brothers Demetrius (Big Meech) and Terry (Southwest T) in Southwest Detroit in the nineties and early 2000s. The brothers were the founders of one of the biggest drug trafficking and money laundering organizations in the country known as the Black Mafia Family. The duo also had ties in the music industry through their company BMF Entertainment which they had hoped would eventually take them legit. BMF Entertainment was a music label and promotion company that had business dealings with several high-profile artists and helped break stars like Jeezy.

The brothers had always dreamed of building an empire and a legacy for their family. In fact, it was their unwavering belief in family loyalty that helped them amass their riches. It also contributed to their unfortunate demise. In this drama series, we get an inside look into how Big Meech and Southwest Terry grew up, the type of family they came from and what inspired them to get involved in the drug trade business. This show explores important topics like capitalism, love, family and the pitfalls of pursuing the so called “American Dream”.

As the executive producer of the show, 50 Cent commissioned a few big names in the entertainment industry to be apart of his latest project. He announced Wednesday that Eminem would be making a cameo appearance in Episode 7 as “White Boy Rick”. In a statement to people magazine, 50 CENT said, “We couldn’t do a show in Detroit without incorporating the legend that is Eminem.”White Boy Rick (Rick Wershe JR) was a 14 year old boy who FBI agents convinced to infiltrate a Detroit gang and feed them information to keep his father who sold guns illegally from going to prison. White Boy Rick ended up getting sentenced to life in prison but was paroled in June 2020.

Big Meech’s character will be played his actual son, “Lil Meech” Demetrius Flenory Jr. Snoop Dogg makes several appearances in the show as Pastor Swift. Fans were even surprised to hear that Detroit rapper Kash Doll had landed a recurring role in the series as “Monique”. Lala Anthony, Serrayah, and Markice Moore are a few additional noteworthy cast members we can expect to see in this show.

The trailer for  Black Mafia Family released by Starz was just over two minutes long but in this short clip we were able to learn a lot. Demetrius and Terry came from a good family that strongly despised their decision to get involved in the streets. Despite their parents warning, Demetrius and Terry made the decision that they thought was right for them and it ended up costing them everything. In one of the scenes Meech tells his brother, “As long as we’ve got my vision and your brains, can’t nobody mess with us man”. It’s obvious that Terry is the brains of the operation and Meech was the one with the big visions.

Terry seems like a logical man because at one point he discusses the risks associated with the business. Big Meech confirms that they do risk getting arrested, robbed or killed but if they wanted their independence they would have to fight for it. Perhaps one of the most powerful scenes in the trailer is when Big Meech reminds his brother that they were given their freedom or right to vote but they had to fight for it. Demetrius then explains how they were going to be kings but they would have to fight for their independence.

The show is set to premiere on September 26. Will you be tuning in?