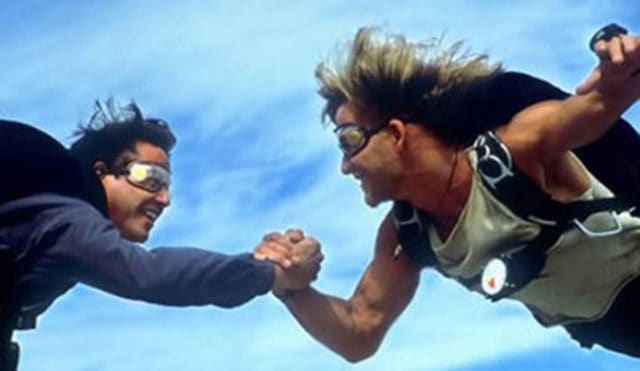 The action, the drama, and the authority of the badge are given a serious dose of adrenaline whenever Hollywood thinks to lend its style and mystique to the role of an FBI agent. Despite stretching the truth sometimes and the limits of reality at others these films are often very entertaining. The agents that are depicted are more often than not the perfect examples of human endurance, looks, and sex appeal. In the past decade or more however Hollywood has started to move away from the same old formula and has at least tried to embrace a wider spectrum of characters when seeking to exemplify the FBI agent.

Carl Hanratty – Catch Me If You Can

Tom Hanks is definitely not the most shining physical example of what viewers expect of agents, but he is certainly determined enough. One can’t really question his intelligence during his attempts to track down young Frank Abignale. Its important to remember that Abignale was an uncertified genius and made things more than a little difficult for Hanratty. The tenacity displayed by Hanratty is more than enough to put him on this list.

Special agent Johnny Utah is likely one of the most unconventional agents on the list. How many agents can you count that have gone undercover to bust a group of surfers suspected of armed robbery? As if this wasn’t enough, the remake saw the character of Utah as an adrenaline junkie that was into any extreme sport but was equally horrible at surfing. The idea of an undercover agent that can infiltrate any group is great, but the likelihood of a real life Utah doesn’t seem that feasible.

So yes this is a comedy, and yes it kind of silly, but it is still FBI related. Gracie is the kind of die hard agent that doesn’t so much care about appearance as she does about the amount of effort she puts into something. Unfortunately what she’s asked to do in the film seems fairly impossible. She has to act against her very nature and become a lady.

There’s always been a bit of controversy over just how good the REAL Elliott Ness was, but in this film he’s about as gray as can be. His ideals are sound, his goals are noble, but thanks to a bit of realism his actions in the line of duty are not always by the book. This might be why many viewers thought he was a little easier to relate to than the original figure.

Before anyone points the finger it is true that this film was begun as a TV series. But in order to list one you kind of have to take them both since the fact remains that they are always better together than apart. It’s also fair to state that while Scully is definitely the more typical agent of the two, Muldur is uniquely entertaining.

While the presence of FBI Agents in real life can denote trouble or just a heightened level of interest in an individual or group, in the movies it usually means things are about to get very intense. In the real world the FBI often does more paperwork than field work, maybe thats why the FBI hasn’t had a successful reality show yet.