Home
Movies
The Five Best Gangster Movies of the 50s 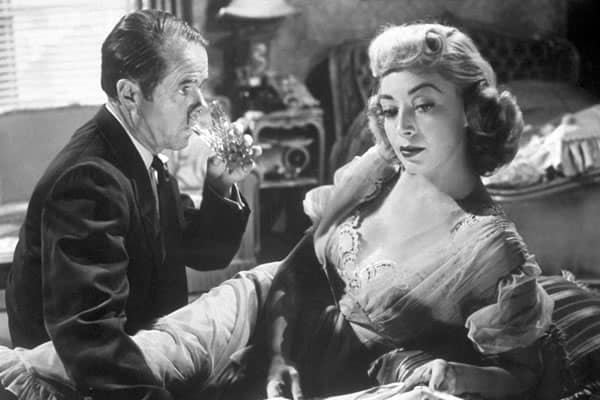 Gangster movies in the 50s weren’t much different than now save for the fact that there was less blood, less swearing, and less of the shock value that people seem to love nowadays. Okay, so they were quite different. The movies back in this era focused more on the cerebral effects that were brought about by some of the most dangerous people in the movie and the implied violence that was being done. There wasn’t enough blood being shed to fill buckets and the brutal tactics that have been used throughout the years in real-life ganglands weren’t really shown on the big screen. It was a far more romanticized feel that was given to the films and something that was more along the lines of explaining just why the gangsters were the way they were. In short, they weren’t always the devils that they were made out to be, but instead desperate men that saw no other choice but to rob, steal, and at times kill off the competition. That part hasn’t changed, but the effects and what directors are willing to show has.

Al Capone was said to be a lot of things, both positive and negative, but the overwhelming fact that he was a gangster and a killer as well as a mastermind was something that history has never quite forgotten. That he tried to protect his territory and make live livable for the people is something that’s been up for debate and still is for the most part, but the fact remains that he went to Alcatraz as a criminal, not as one of the wrongfully-accused. The only thing about this is that the reason he went up, not paying his taxes, is kind of a joke since he had more blood on his hands than many people in Chicago combined.

While this is more of a robbery movie than a gangster movie it’s still enough to note that Doc is the kind of guy that could easily take control of his own gang if he really wanted. It’s also the type of movie that shows that there’s no loyalty when it comes to thieves since it’s every man for himself. Upon getting released from prison Doc has no qualms with going right back to business as he plans to pull a bank job with a small crew and the funding he gets from his benefactor. Unfortunately during their getaway one of the gang members is shot and eventually succumbs to his wound. Doc and the remaining thief make a getaway but Doc is picked up and the remaining thief, who was shot at one point, finally expires near the end of the film.

With a nickname like Baby Face it would be hard to take a man seriously but Lester Gillis was no one that anyone would want to mess with. He was in many ways worse than his eventual partner in crime, John Dillinger, as he would shoot motorists just to steal their rides and even sighted down on kids at one point. In this film it shows how he went from being released from prison to finally meeting up with Dillinger and becoming Public Enemy no. 2. That wasn’t good enough however and after Dillinger was shot Gillis went on to become Public Enemy no. 1, something he took pride in, at least until he was gunned down.

As the first lead role for Charles Bronson this was a low-budget film that was well-received and detailed the chronicles of the real Machine-Gun Kelly. Being Public Enemy no. 1 was a badge of honor back in the day it seemed since it meant the police and law enforcement in general took a person seriously enough to think that they were the kind of danger that authors told tales about and people would be whispering over for years to come. It’s true in fact, but Kelly wasn’t one of those that went down in a hail of lead as he decided to surrender and get leniency. When his companion questioned his manhood over this he simply slugged her.

The idea of planning a robbery is that the only people that are supposed to know are those that are in on it. When the teller in this story decides to blab to his wife however that he’s going to be a part of a big heist she decides to tell her lover to steal the money from the group that will be responsible. The teller is the only man standing after a shootout and kills his wife in retaliation. Johnny, the man that organized the heist to begin with, tries to flee with the money but watches as it falls off the baggage cart on the way to the plane, spilling bank notes all over the place. At the end he doesn’t even try to run, thinking that it was all inevitable at one point.

The gangster movies of back then were far more nuanced than they are today, with a lot less shock value.