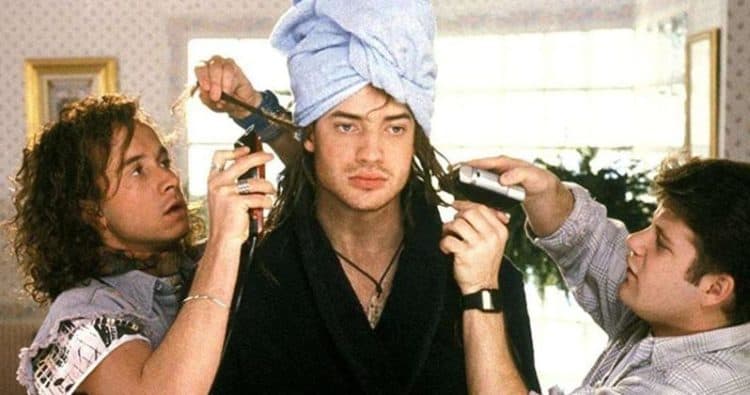 The 1990s were a watershed year for cinema. Perhaps at no other time in recent film history have legitimate, well-made blockbuster films shared an equitable stage with prestigious and cerebral-minded independent and even foreign cinema. 1992 was a year that many will remember for this wide range of film diversity. The year itself was defined by the Bush 41, Ross Perot, and Bill Clinton presidential election face off, a string of scandals in the British Royal Family, and the peak of the Grunge rock movement all over the music charts. But it was the movies of this year that deserve a retrospective with the passage of 30 years. There was the typical slate of films that dominated the box office, such as Batman Returns, Aladdin, and The Bodyguard, but there were also numerous indie and risqué films (Basic Instinct) that brought in high ticket sales as well. But in what was a fine year for cinema 30 years ago, there are some titles that have been forgotten with the passage of time. Here is a look back at some of 1992’s now underrated films.

Twin Peaks: Fire Walk With Me

During 1990-1991, Twin Peaks was one of the most talked about TV series in North America. David Lynch and Mark Frost’s surreal, beguiling mystery-comedy managed to usher in an early origin point for the Golden Age of Television despite ABC deciding to ax the series in season 2 once the forced-reveal of Laura Palmer’s killer saw a decline in ratings. Lynch announced that he would film a prequel movie that would serve as both a beginning and farewell to the series, and that is when expectations started to run far too high. Upon its release in 1992, Fire Walk With Me became perhaps one of the most misunderstood films of the 90s, and much of this is because built-in series viewers were not prepared for a 100% Lynchian film of what they considered to be a quirky TV series. The film is filled with prototypical Lynch abstractions, and Laura Palmer’s harrowing descent to tragedy both confused and repulsed those who simply wanted  quirky FBI investigations with coffee and cherry pie. Thankfully, the film is being reappraised for its brilliance, and now stands as required viewing thanks to it’s tie-in to many season 3 mysteries.

Neil Jordan is one of the most unique filmmakers to ever come out of Ireland, and The Crying Game may stand out as his signature film decades on from its release. There are those who find it to be problematic these days, but the shifting tides of cultural criticism should never take away from what is a scene-for-scene brilliant film. Part love story, part thriller, Jordan’s fantastic screenplay and apt direction are brilliantly matched by superlative performances from Stephen Rea, Jaye Davidson, Miranda Richardson, and a brief, yet memorable Forest Whitaker. Discussing the film guarantees spoilers, but despite attempts by many to wave a magic, woke wand over social history, The Crying Game deserves to be regarded as one of the finest films of the 90s.

Bad Lieutenant just may be the most controversial film of 1992 outside of Basic Instinct and The Crying Game, but even though its depressingly nihilistic, it’s still worth seeing. Harvey Keitel gives a towering performance as an unremittingly vile, corrupt NYPD police lieutenant that is guaranteed to offend even the most hardened sensibilities and world views by the film’s end. The film plays out like a “day-in-the-life” type of story, and one hard-to-take scene after the next plays out, but you cannot help but feel oddly moved after watching the film. It is moving in how director Abel Ferrara shows us the ugliness of life and never seeks to provide morals or consequences in the process. A more mature viewer can gather the necessity of witnessing such a challenging film even though enjoying the film is near impossible.

Woody Allen has long maintained a track record of alternating between comedies and dramas, and Husbands and Wives is one of his finest dramas ever. The film explores through a series of recurring stories, the trials and tribulations of married life in the early 90s, and all of the vices and virtues that defined Postmodernism as older generations rebelled against and abandoned the archaic relationship customs of the 50s and 60s. Allen shows us that married life was always doomed once the various cultural revolutions of the 60s and 70s settled in, and there are equal amounts of positives and drawbacks because of it. Husbands and Wives is not perfect, and is one of the early American films to use the now-reviled “shaky cam” effect, but it is an illuminating and engrossing drama for those who sit through it.

So, Encino Man is by no means a great movie; but some of the best movies from the 80s and 90s are the ones that never take themselves too seriously, and this film has a plot so preposterous that perhaps the screenwriters knew they had to make it a comedy. Brendan Fraser plays a recently-thawed caveman that is now able to adjust to suburban California life thanks to the efforts of Sean Astin and Pauly Shore. It it wasn’t stupid, it wouldn’t be oddly engaging, and if it took itself seriously, it would be one of the worst films ever made. Thanks to neither, Encino Man is one of those early 90s films that can easily pass a lazy afternoon when scrolling through titles.

Gas Food Lodging by Allison Anders is a quiet, engaging slice-of-life story about a mother and her two daughters navigating small town New Mexican life was a true indie film that deserved to cross over so more audiences could see it. It’s one of those classic 90s indies like Sling Blade (1996) and Ulee’s Gold (1997) where nothing seems to happen, but upon a closer look, an entire lifetime of pain and pathos is playing out on the screen. This is also a classic of Third Wave feminism in cinema.