Home
Television
12 Movie Characters Who Were Set on Fire 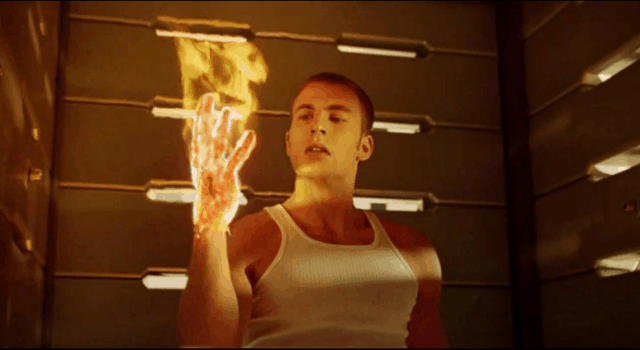 A few days ago I gave you guys a list of memorable drowning deaths in movies. It goes without saying that drowning is a pretty horrible way to die. The only equally painful ways I can think of to be killed are being eaten alive or being set on fire. Well, we’ve sort of covered being eaten alive, which leaves us – as far as lists go – with being engulfed in flames. Being set on fire and burned alive doesn’t always result in death, but it always sucks. I don’t think anybody is going to dispute that. I managed to compose a pretty eccentric list of movie characters who were set ablaze; I was surprised to see the characters came from all genres of film and not just horror.  Keep reading to see 12 movie characters who were set on fire. 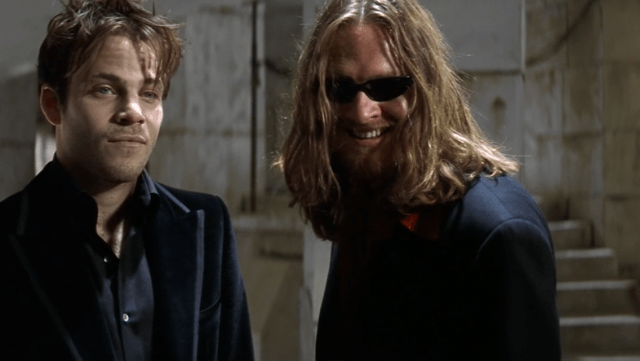 When we first see Quinn, one of Frost’s vampire henchmen, he’s doing pretty well for himself. He’s chilling out at a vampire blood rave and enjoying the company of two chicks, one of whom has her face in his lap. Things turn sour quickly, though, as the day-walker Blade shows up and wrecks all the fun. Instead of killing Quinn, he stakes him to a wall and then sets him on fire, hoping that Quinn will in turn deliver a message to Frost.

Julian Grendel in The Adventures of Ford Fairlane (1990) 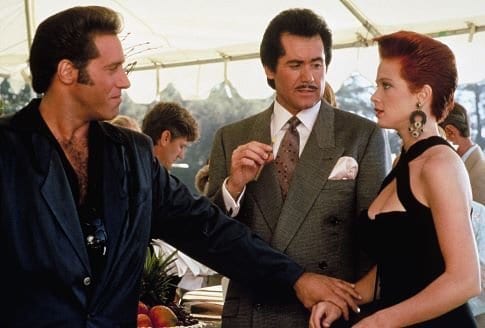 In this incredibly underrated movie (Dice in his prime, Tone Loc, Lauren Holly, a little Vince Neil, a non-Freddy Krueger Robert Englund, and vintage Ed O’Neill), Wayne Newton plays sleazy record producer Julian Grendel. He’s behind the murder of rock star Bobby Black, and Ford – as a Rock N’ Roll detective – eventually figures this out. He splashes his highly flammable drink on Grendel right before exclaiming “Julie, you’re fired,” and sets him ablaze. Because Dice rules, nobody charges him with murder. 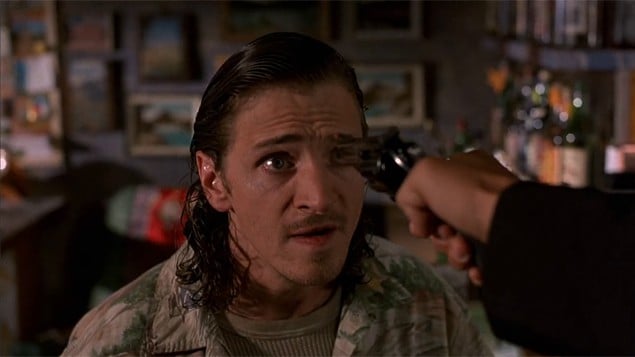 Liquor store clerk Pete Bottoms has the unfortunate luck of running into the Gecko Brothers, and because Richie Gecko is a complete psychopath, he gets into a shootout with them. Richie shoots the bottles out from behind Pete while Seth douses a roll of toilet paper in lighter fluid and sets it on fire. You can see the result of their plan – and the demise of poor Pete – starting at around 7:44 in the above clip. You’ve got to love the popcorn, too. 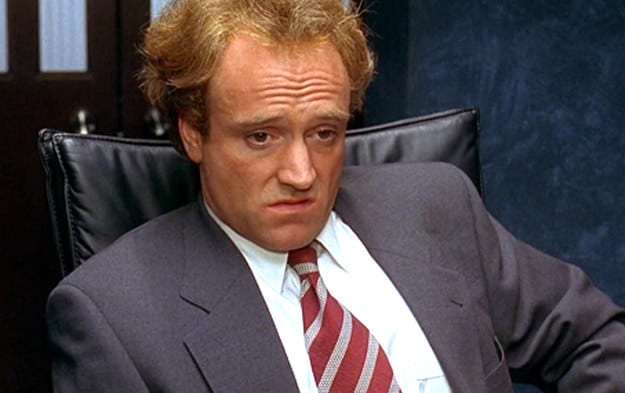 During the course of the Academic Decathlon, Eric and Billy have to bake pies. Maybe this was the home economics portion? Anyway, Eric’s not so good around the kitchen, and his poor baking skills result in his being engulfed in flames. Billy stands by and laughs, which is what I think most of us would do to Eric.

Johnny Storm in The Fantastic Four (2005)

Well, sure, this one’s a little bit obvious. 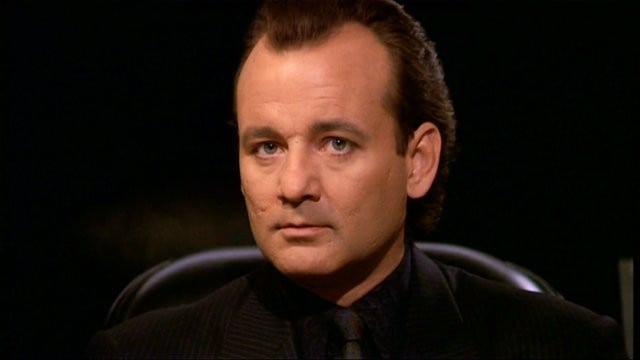 When the Ghost of Christmas Future appears in Scrooged, he shows Frank Cross his, um, future. Almost nobody attends his funeral in which is body is cremated. Soon, Frank finds himself inside his coffin, slowly being wheeled into a giant furnace. He screams and kicks in agony as he is engulfed by flames. Scrooged is a great family holiday movie! 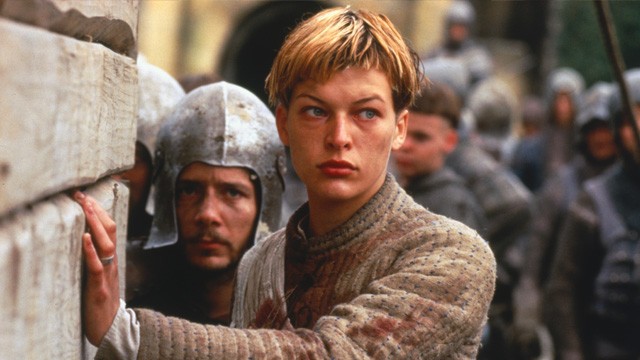 Joan of Arc is perhaps the most popular person to ever have been burned alive, but that’s a distinction you probably don’t want to have. With many convinced that she is a witch (a perfectly reasonable inference), Joan is burned at a stake as a martyr (a perfectly reasonable punishment for a witch). Apparently, the real Joan of Arc was only 19 when she was set ablaze. 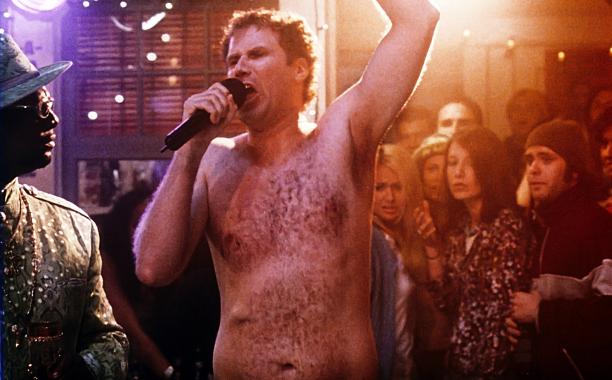 As part of some test that Dean Pritchard forces Mitch, Frank, Bernard and the rest of the fraternity to undertake (sort of like the Academic Decathlon in Billy Madison, I guess), Frank dresses up as the school mascot and attempts to jump through a ring of fire. He fails miserably. And hilariously.

Maj. Duncan Heyward in The Last of the Mohicans (1992)

Maj. Heyward gets tied up to a stake and set on fire. He screams in agony, but fortunately for him, Hawkeye shoots him from a safe distance. That’s a good friend right there. I’d take a bullet to the head over being set on fire any day of the week.

Big Bob Carter and his family run into some pretty scary mutants in the remake of Wes Craven’s The Hills Have Eyes. I have to admit, this movie messed me up a little bit. I think most horror movies are silly or dumb – not that Hills is Chinatown – but the brutal, graphic killings in this movie were pretty intense. Bob Carter is strung up and set on fire, and his helpless family can only scream in horror and futilely attempt to save him. 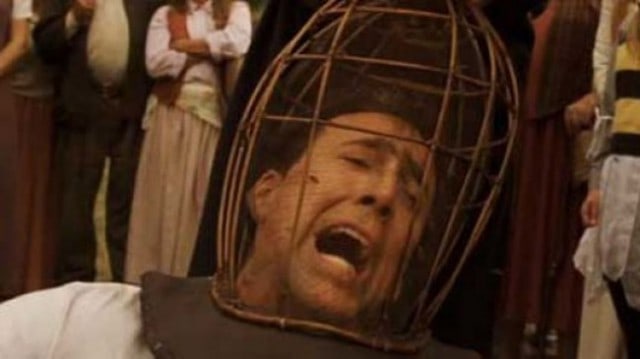 Yes, the 1973 version is far, far superior, and is, in fact, pretty scary. That said, I figured y’all would much rather watch Nic Cage being burned instead of Edward Woodward. Was I right? 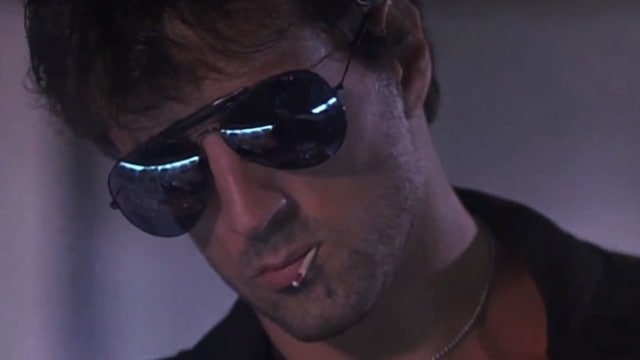 Unfortunately, I wasn’t able to find a pic of the poor guy who gets gasoline kicked on him, let alone figure out who the actor was that played him. Cobra is so over-the-top (no pun intended) ridiculous, but it’s hard to look away. Marion Cobretti does not mess around.