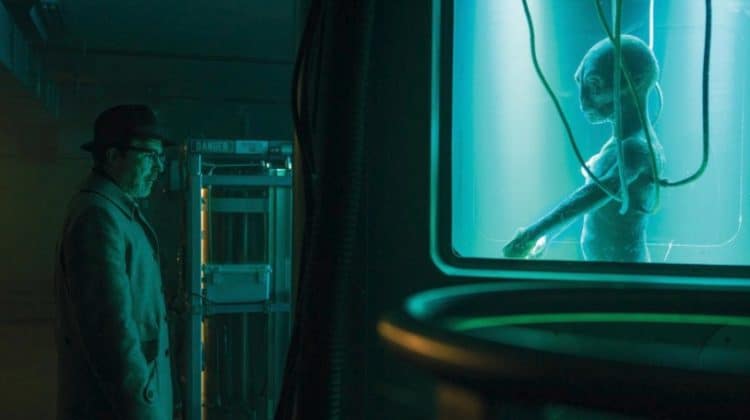 Science fiction has long been a desired genre with the American public, but science fact as been just as popular when it’s able to be backed up by history. The idea of Project Blue Book is to provide entertainment of course, but it’s also to showcase a time in American history when the belief in UFO’s and the unexplained phenomena that people still talk about was considered to be a matter for the US military to step in and preside over. While the show is going to go into a lot more detail concerning the existence of extraterrestrials and how they are being kept a secret by the government the actual project was said to be something of a failure after a while. The show will no doubt build the suspense and throughout its 10 episodes will find a way to shock and amaze the audience in various ways, but do try to remember that a lot of it is for ratings. It does look interesting though.

Here are a few things you might not know about the show.

10. Project Blue Book was one of a few studies on UFO’s.

There were two other studies that came before Project Blue Book but were eventually discontinued as well since there was not enough interest in keeping them running for various reasons. This project was almost like a last-ditch effort made to observe and report any suspicious activity.

9. During the project no sightings of UFO’s were said to be a threat to national security.

Unlike the many dramas and action movies that are made in the science fiction genre the actual project never found a single sign that UFO sightings were in any way threatening to the national security of the country.

8. There were apparently a lot of misidentifications during Project Blue Book.

During the length of the project there were thousands upon thousands of sightings that turned out to be false or were entirely misleading. In the show this will no doubt be reflected as it was a part of the experience in real life.

7. The show is based on the real Project Blue Book.

Much of what you see in the show will be taken from the actual studies and happenings that went on during the era, but keep in mind that much of what happens will also be for the more dramatic aspect of the show. Whether real aliens were ever found by our government is still something that is not fully known yet, and remains a mystery to many.

6. The project got its name from the booklets that are used for college exams.

Apparently the entirety of the study that was conducted during this time was likened to a college exam for some reason or another, and that’s how the project got its name. There are times when it seems that the government does have a bit of fun in naming certain activities they conduct.

5. Eventually the project was ended when funding was cut.

After many years all interest in the project, or most of it at least, was finally exhausted and there was no further to desire the funding of something that was seen as extraneous and hadn’t yielded anything truly helpful in too long.

4. The Blue Book data is able to be viewed by the public at this time.

If you know where to go and what to look for then you can possibly take a look at the Project Blue Book data if you want. There’s a good chance that some parts have been omitted, but otherwise the study is able to be perused at one’s leisure.

3. Project Blue Book has been the inspiration for a couple of different shows.

There are a few TV shows that took their cue from the project and incorporated a lot of the same methods and techniques that were used during the project’s run. In fact you could say that the project managed to inspire a few popular shows as well as a couple of movies that have come out since.

2. Aidan Gillen got to meet the sons of the man that he’s playing.

In order to get into character for the show Aidan spoke with the sons of the man he’d be playing and found out that he was a decent man that was fully committed to the project but was still a devoted family man that was greatly respected by most that knew him.

1. Many people remember this era in American history.

There are still those alive that can remember the time period in which Project Blue Book was being conducted. The idea of extraterrestrials being real is something that has inspired many throughout the years and has been remembered by many as an interesting point in history when people were constantly looking to the skies.

It might be an informative show to tell the truth.