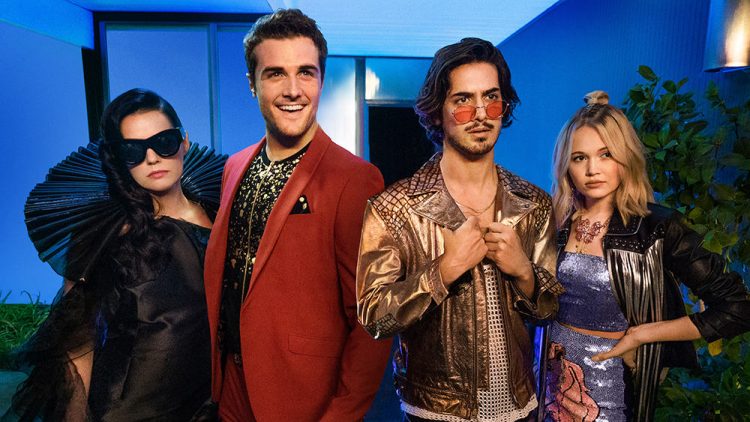 Some shows just swing for the fences and see what will come of it in terms of what they put forth, and Now Apocalypse seems to be one of those. There might be more to this than is initially thought since let’s be honest, sex and more sex followed by a side of sex with another helping of sex and glazed over with drug use is something that a lot of people would easily get distracted by. But if there is something else there it does seem to be slathered in sex, drugs, and easy living that is designed to make people really think while inebriated by the idea of what this show is really about. It could be a lot deeper than it initially seems, in fact it could be something that’s a lot more intellectual than some folks want to think, but given that it’s being lauded for the debauchery that it features it does seem as though it’s trying to bury the fact that it could be a smart show. It’s all a matter of perception though.

That seems impressive really but it also seems to inspire the thought that there really isn’t much to it since some shows take a lot longer and add a great deal of content and meaning to the plot as a result. Of course it could be that everything just went as it was supposed to.

9. Two of the actors have worked with each other before.

This definitely helps when actors have been around one another before since they have a better sense of what to expect and how to react to that person. The chemistry might not always be perfect but at the very least it’s something that can be worked with.

8. There wasn’t enough in the budget for intimacy coordinators.

Given the number of sex scenes in this show it would normally be necessary to bring in intimacy coordinators, don’t roll your eyes it’s a real thing, but since the budget wasn’t quite great enough for this they kind of had to just go with it and hope that everyone would be professional.

The only thing that comes to mind with this announcement is that so was the film Game Over Man and it flopped so horribly that it’s a wonder that the actors weren’t absolutely roasted for the effort. Hopefully this will go a little further.

6. The whole idea is kind of confusing as it might be a drug-induced premonition or a case of just smoking too much.

Honestly it could be a really interesting show but one should walk in thinking that it’s going to be a drug-induced trip that is attempting to create a show that is a little more deep than it really is. Don’t dive in headfirst since you might feel a bit of a sting upon hitting bottom quicker than you think.

5. A lot of the show is centered around sex and the kind of debauchery that a lot of folks find entertaining.

There are a lot worse things to center a show around since quite honestly it is the kind of thing that people find interesting. Let’s face it, sex sells in a big way and when a show or a movie makes use of this element over and over in a big way people are at least going to tune in and try to see if there’s anything that they want to take look at. That’s definitely smart thinking on the part of the creators.

Once again as I always say take what the critics say with a big grain of salt, but don’t discount their words right off the bat. As much as this could be something right out of a stoner’s wet dream it could also be something amusing and kind of hilarious.

3. So far people are excited to watch it.

2. The show is focused around people in their 20s.

It would seem that the show is targeting a specific demographic but it might also be that they’re hoping that people that have moved on with their lives might find this interesting as well.

1. It would definitely appeal to a mid to younger generation.

There’s a chance that people in their 30s might find this appealing since their 20s aren’t all that far behind them. But it definitely seems geared more for a younger crowd.

Enjoy at your own pleasure.