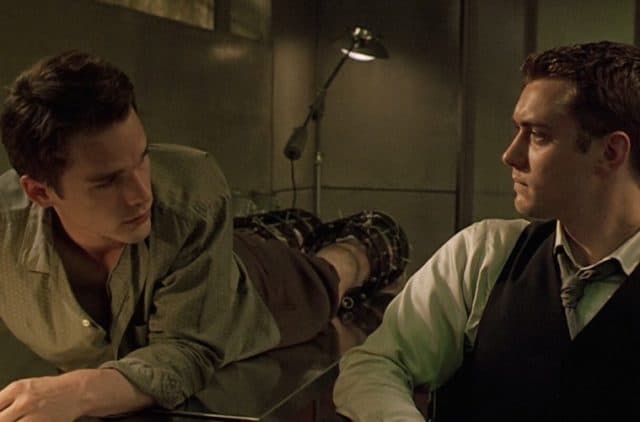 Dystopian sci-fi drama Gattaca had a difficult time at the box office but soon found a cult following in the years to come. It came out around the time when there was much talk about the role of DNA in our modern society. It’s been 10 years since it’s release in the theaters, and in the spirit of science, we’ve come up with 10 things about the movie that you probably didn’t know about.

1. The name Gattaca is based on DNA’s four nucleotides ATCG, which stands for Adenine, Thymine, Cytosine, and Guanine. It was a smart move that science nerds picked up right away. If you aren’t one of those, now you know.

2. The original title was going to be The Eighth Day. Director Niccol had to change it because another movie of the same title was released just by the time Gattaca was completed.

3. After the release of the movie, an actual divide about an argument began to form. The argument is about whether or not genetic enhancing should be legal or ethical. This argument was inspired largely by the movie.

4. To promote the movie, Gattaca’s marketing team posted a fake ad on the Washington Post that had the tagline “Children made to order.” The ad was supposedly about a company that can genetically alter embryos. Surprisingly, thousands of people called the number on the ad, which was disturbing to say the least.

5. The movie’s ending was also slightly different originally. It was going to feature a text explaining how many of our world’s leaders and thinkers wouldn’t be around today if genetic engineering were available during their time. It was meant to say that everyone has genetic flaws and therefore genetically inferior including the likes of Einstein and Lincoln. It didn’t do so well with testing so it ended up being cut altogether.

6. The looks retro because the locations it used were actual older buildings. Some of these include Frank Lloyd Wright’s Marin County Civic Center, the Sepulveda Dam, the Cali Poly University in Pomona, and the Otis College of Art and Design.

8. As declared by NASA in 2011, Gattaca is the most plausible sci-fi movie ever made. Genetics is a field that is getting more definition over the years, and the ideas involved in genetic screening and engineering are certainly getting closer to becoming a reality with the advancement of medicine and technology.

9. Not all professionals supported Gattaca. Bioethicist James Hughes argued the movie’s basic premise is flawed for many reasons including the fact that astronaut-training programs are put into place mainly for safety reasons of the individual and the crew. Also, health screenings are already being used widely to discriminate eligibility, such as with insurance companies.

10 Things You Didn’t Know About Dopesick

Meet The Cast of Riverdale Season 6

Whatever Happened to Nicholle Tom?