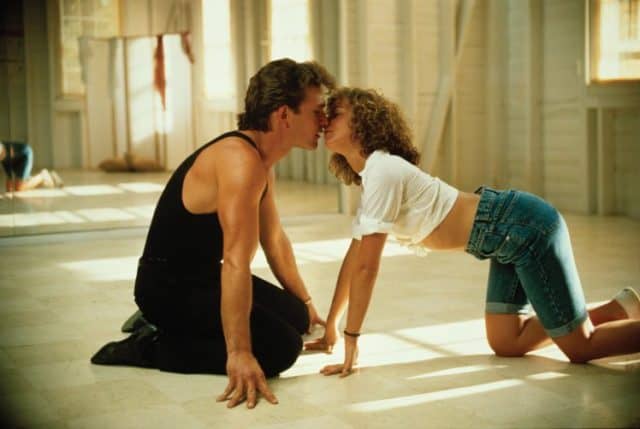 Dirty Dancing is one of the best-known and successful movies of all time. Released in 1987, this popular romantic drama dance film starred Jennifer Grey and Patrick Swayze. It was written by Eleanor Bergstein and directed by Emile Ardolino. When this film was made, it was a low-budget film being created by a new studio and had few major stars. For these reasons, it was initially predicted to be a flop at the box office. Nobody realized just how successful this film would become with one generation after the next falling in love with the stars, the storyline, and the music.

Here are ten things you might not know about Dirty Dancing.

1. Originally, Val Kilmer was offered the role of Johnny but he declined. This left the job open to Patrick Swayze.

3. The scene where Baby and Johnny crawl towards each other on the floor was not a scripted part of the film. The actors were simply goofing around during warm up. However, the director enjoyed the interaction and decided to include it in the movie.

4. Another unscripted scene is when Johnny is teaching Baby the dance routine and he strokes under her arm and down her side. In this scene, Baby giggles and Johnny looks despairing. This was not an act as Grey was simply ticklish and Swayze had had enough of re-shooting the scene.

5. The story is supposedly set in the summer. However, much of the filming took place during October. Therefore, some of the leaves on trees had turned orange. For this reason, the leaves were painted green for the outdoor scenes.

6. In the lake scene, there are no close-up shots. This is because the weather was cold and both Grey and Swayze had cold lips.

7. Jennifer Grey had previously worked with Patrick Swayze on ‘Red Dawn’. She actually hated him after filming so he had to personally persuade her to take the role in Dirty Dancing.

8. Jennifer Grey was 27 years of age when she played Baby, a character 10 years her junior. During the audition, they gave her just ten minutes to prove that she had the acting capability to pull off playing a character that was 17.

9. Patrick Swayze was not just the star of the movie as he also had input into the music. He performed the song ‘She’s Like the Wind’ which he co-wrote with Stacy Widelitz. The song was not originally intended for Dirty Dancing as it was actually written for a movie called ‘Grandview U.S.A.’.

10. Not all the actors are in the roles they were originally intended for. Originally Dr. Ruth was supposed to play the part of Mrs. Schumacher. However, she dropped out when she discovered that her character was a thief. Baby’s mom was played by Kelly Bishop in the movie. However, Bishop was originally cast as the ‘bungalow bunny’, Vivian Pressman.