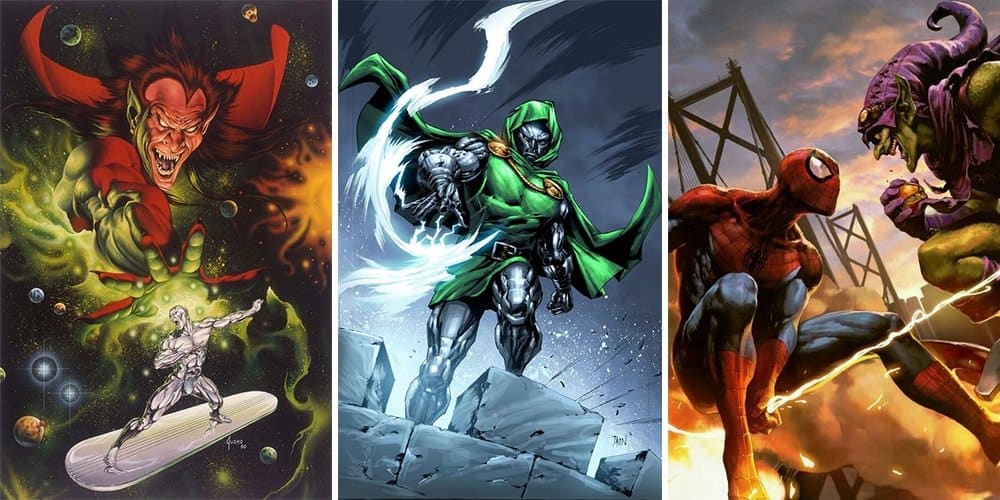 It’s likely that the MCU already has a list of the biggest, baddest villains that it can muster ready to go for Phase 4 and beyond, but there are a few names that people would love to see if it comes down to another story akin to the Infinity Saga, which brought the heroes together in a combined effort to defeat the big bad. Taking into account all the rumors and the gossip and the idea that new heroes and villains will be on their way into the MCU, some of these picks might be reasonable, while some of them might just be wishful thinking. At least one of them might not be possible unless there’s some deal between Disney and Sony since Spider-Man’s villains are pretty vicious and have been known to be extremely disruptive in the past. But the fact is that their actions have affected more than just the wall-crawling hero since Marvel has been put on notice by many big-name villains that have aspirations for something much greater than what they are. With the Eternals on the way, one can only imagine that more powerful enemies are coming, but for now, one can hope that we might finally get to see some of the names that we’ve been hoping for.

Here are some of the big-name villains that people are hoping to see in the MCU.

There are a few ways this character could be brought into the MCU since the Phoenix is a celestial creature that could likely make its way from one dimension to another and wreak havoc on any inhabited world it might find. And even better it could help the X-Men transition into the MCU in a way that people might not see coming but would definitely like. That is, so long as whoever’s helming the project is able to do something better than anything that’s come along already.

Another X-Men villain that could tear a lot of things up is Magneto since if he came along one can imagine that the Avengers would be ill-equipped to deal with him considering that a lot of what they handle in terms of weaponry and armor have metal components to them. Depending on whether or not the MCU would lower his power levels it’s easy to think that Magneto could still be a major villain that would bring the pain.

Perhaps this character wouldn’t be the biggest threat but it could be that he might pose a very serious threat to earth and even help to usher in the Fantastic Four and bring others to bear since he is a serious threat given that he does have power on a scale that’s hard to beat. While many other villains might get the nod before Annihilus it’s hopeful that he’ll be added in somewhere and be a force to be reckoned with.

It feels safe to say that she survived the destruction of Asgard and the coming of Thanos since the Enchantress has usually been one of those characters that work from behind the curtain so to speak. She is a powerful magic user and could be set up as a very possible manipulator during Phase 4, but making her into the worst possible enemy would take some doing. It’s not out of the question though, since given her status as a goddess and a sorceress there are plenty of ways she could be of use.

This is one of the villains that is already believed to be on his way to the MCU and people couldn’t be happier to hear it since Doctor Doom is the type of villain that will take on anyone. He’s been closely linked with the Fantastic Four for years, but he’s also fought against many other heroes. Given his power, fortune, and mystical abilities he would be a great final villain for Phase 4.

With the Doctor Strange sequel coming it feels as though we should expect to see Mephisto and perhaps even some sign of Ghost Rider, who is closely connected to the Marvel devil. Bringing both of these big names into the MCU would be welcome by a lot of fans.

There might be a lot of people wondering why Norman Osborn is on this list since despite being an augmented human he’s still not quite as tough as a lot of villains. But he is a master manipulator and he is the kind of guy that can go nuts in a heartbeat. Plus, his history in the Marvel universe kind of speaks for itself.

This is the kind of character that can simply think things into existence, and has actually done a fair amount of damage to the Marvel universe in the past, so including him at some point would be pretty smart, but how to go about using him would be a good question since he is kind of OP when it comes to his abilities.

Both Galactus and the Silver Surfer need to make their way to the MCU pronto since people have been hoping and praying to see these two after the Rise of the Silver Surfer movie that turned so many people off. People want to see the giant eater of worlds in his normal form, not just a massive, planet-killing space cloud.

This is another character that sounds like might already be on his way to the MCU if the rumors and gossip are true, but we’ll still have to wait and see. As of right now though, Kang is one of the most disruptive forces in the Marvel universe due to his constant time-traveling and futuristic tech, so it’s fair to say that he might actually be OP as well when he shows up.

There’s a wide array of villains to choose from and plenty that are powerful enough to give the MCU heroes a bit of trouble.