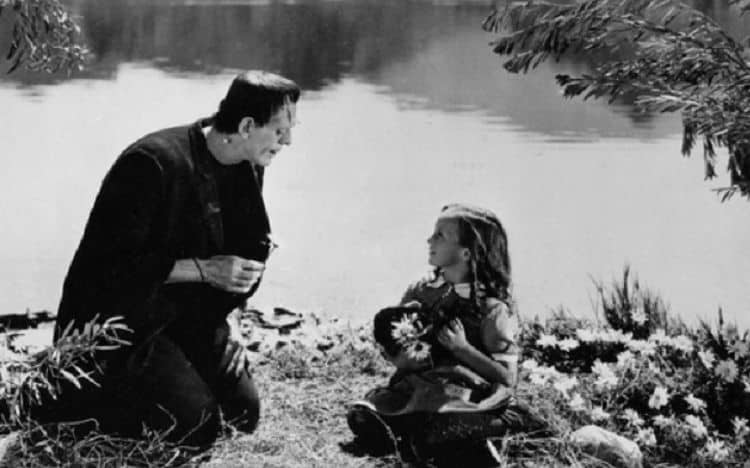 Sometimes it’s hard to think of horror movies being sad since they spend such a large amount of time trying to scare the living hell out of the audience. But as cinema has evolved it’s become a lot easier to feel that sorrow that comes to mind when certain things happen in a horror movie, especially in the quiet moments that are left at the end, or somewhere in the middle if an important character dies. It’s not as easy to push past said moments for some people considering that a person is typically invested in a decent to superb horror movie and as a result, they’re going to feel every possible emotion that can be pulled from them, especially if that emotion is tapped in such a forceful way. Keeping in mind that fear tends to heighten the senses sometimes, it’s not hard to think that sorrow would be such a powerful emotion to be caused by a horror flick.

Here are some of the saddest moments in horror movies.

10. Danny Torrance sacrificing himself in Doctor Sleep was hard to bear.

This is largely because, in the book, Danny lives. In the book, the Overlook is already burned down and Danny depends on help from the spirit of his long-dead father to help with the True Knot. For some reason, the story wasn’t considered enough, even though it might have helped to stick closer to the source material.

9. Brundlefly in The Fly was pretty tragic.

This was just gruesome and more to the point, pretty sad since the guy came up with an invention that worked, but was reliant on the operating space being so spot-on and exact when it came to what was being transported that even the slightest deviation was enough to throw everything off and cause a disaster. But the point was pretty obvious, he wanted it to end, which was tantamount to admitting he’d messed up and was sorry.

8. Frank in 28 Days Later should have had a better death.

Brendan Gleeson is too good of an actor to have been given a death like this in any movie since a spot of blood in the eye is kind of a lame way to go out. Sure, he was turning into one of the Rage-infused creatures, but it would have been better to see him take a soldier or two with him.

How many hearts dropped the moment that they saw the truck bearing down on little Gage? There was no chance to brake, no chance to stop, and no way in hell a toddler was going to survive that incident. The only other thing that’s certain is that such a tragedy would test the family’s ability to survive following such a thing since many people might fall apart at that second.

6. The little girl’s death in Frankenstein is shocking and sad.

How many people really expected Maria to be tossed into the water? The monster didn’t really know any better, but one might want to argue that this is what made the creature so dangerous, since not only did he have an abnormal brain, but he had the kind of strength that would make even a rational individual dangerous.

5. Lee sacrifices himself in A Quiet Place.

It’s sad that it had to come to this, but the fact is that Lee went out protecting his kids as much as he could, and while it would have been nice to think that he could have found another way, it was that sacrifice that really made things move forward since it created another challenge for the family and it allowed them to keep the story going.

4. Crazy as the movie Mama was, Lily’s passing was unbearable.

A lot of people didn’t really like the movie, but the fact that Lily, who didn’t know any other parent apart from Mama, wouldn’t be separated from her is heart-wrenching, and almost as much as this is that her sister and their aunt and uncle were ready to fight for them.

3. Sarah hallucinates an image of her daughter in The Descent.

Who else wanted to see Sarah actually get out? The problem is that one might have forgotten just how deep they were, and the fact that it was very likely that her mind had gone bye-bye at one point. But this scene with her deceased daughter, that pulls the heartstrings.

2. The mercy kill in The Mist.

Yeah, a person’s heart would feel ripped out and their body hollowed out the moment they realized that they’d killed their child and friends for no reason. Personally, I preferred the ending to the short story, at least there was a faint bit of hope there.

1. Ripley’s final entry, taken all the way from the Nostromo, leaves a hollow feeling in your gut.

How her log made it from the Nostromo to the Sulaco and then to the escape pod and why is irrelevant at this point, since the recording playing to an empty room on an empty planet until she finally signs off is haunting, not to mention enough to make one realize their mortality.