Home
Television
Young and The Restless
Young and the Restless: Victor Shows His Power Over His Family 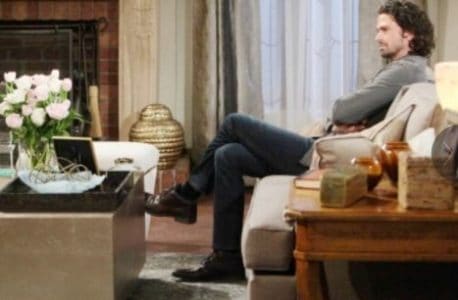 Young and the Restless is getting crazy. No one wants Victor to be part of the family anymore, and he’s going to start making some changes to get back at his family for wanting to take out their anger on him. He cannot see why they’re upset with him for being behind his own son’s death, and to him it’s all just business. This means they need to get over whatever is bothering them and move on. This is not where he feels they need to focus their attention. For this reason, he’s going to do whatever he can to make them angry and get back at them. This means he’s appointing Abby the new CEO of the company, and it’s going to cause some serious dram within the family. Of course, this is precisely what he wants, and no one is surprised he would go this route to make it happen.

Abby is stunned. She’s not sure what she did to get this promotion so much sooner than she anticipated, but others won’t feel so good about it, or happy for her. She’s going to be blown away, but she will thank her father for making her the CEO. She’s apparently getting along with him quite well much to the dismay of everyone else in the family. Of course, this is going to make everyone question what’s going on in the entire place, and it’s going to be an interesting situation.

What we do know is that Victor is working hard to buy his way back into the lives of those who doesn’t know what he did. The grandkids don’t know what he did, and all the parents want to keep it that way. This means Victor has the leeway to buy their love in every possible manner. What does this mean for the kids? It means they don’t know what’s going on, Victor has the upper hand, and the parents are upset that they can’t do or say anything to the kids to make them stop admiring this man, the murderer of their brother, so much. It’s a tough situation, and everyone is currently handling it their own way. Victor will do whatever it takes to regain the power in this family. And we know he won’t stop.