Home
Television
Young and The Restless
Young and the Restless Spoilers: Nick and Phyllis Bond 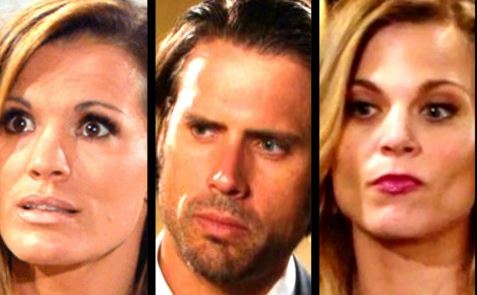 Young and the Restless fans have some questions. We watched this week as there was a bit of a bond between a few people. In fact, we watched this week as there was a significant bond between two people. We saw that Nick and Phyllis worked together often. They heard that JT’s cell phone finally pinged and came back onto the grid, and they learned it was very close to Victoria’s house. While Phyllis and Victoria aren’t exactly friends, they do share a pretty big secret and a potential future in jail if Phyllis doesn’t work to keep this man from being found.

And now there is a chance that Nick can help her, so she’s going on with her business allowing him to work with her as they allow themselves to get their lives in order. We can’t wait to see how this all goes down, too. They have a lot on their plates at the moment, but they both share an interest in the JT situation.

But we also know that Billy is distracted with his newfound role at Jabot. He’s the boss now, his brother isn’t really his brother, and things are taking a serious turn for the worse. He’s not really paying much attention to Phyllis right now, so she’s off running around with Nick. It might not take him long to realize that there is a good chance that they are bonding, and he won’t like it. We also know it’s not a big secret that Phyllis is not specifically a fan of Sharon and their bond.

So is there a reason to believe that Billy and Phyllis might be facing some serious drama and that Nick and Sharon might not be far behind them? Could Nick and Phyllis realize they have feelings for one another the more they work together to get their lives in order or are they really just looking to ensure they and the people they are working with end up on the right side of the tracks? We don’t know, but it’s something you might want to ponder.