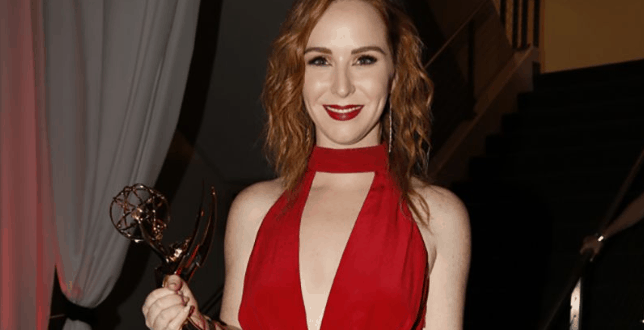 The Young and the Restless fans are not sure how to handle many of the things that are going on around here these days, but there are some ways that can help them figure things out. They have some things that work in their favor, and they have other things that do not work in their favor. We know that things tend to make more sense when we get what we want, but we also know that there are other things that don’t. We know, for example, that we can see things turn out for the best when we focus on the way that they happen for people. Right now, though, we see more disappointment than anything else in 2019. It’s been a year of things that we don’t get, want, or handle well, and we are disappointed by all of those things. Not sad or upset or angry, but merely disappointed in the way that the stories unfolded.

We liked them at first. They seemed to have this thing that worked in their favor, and we loved that she wasn’t worried that he was not a wealthy man with a big last name or anything like that. She’s got two of her own, after all. She’s an Abbott and a Newman, and that’s all she needs to know. But, they seemed happy, and it almost seemed as if she was going to find a happy life. She’s been given the hard road in life for a long time, and that time has been a big one for her. She’s been upset by many things, but this is one of those things that makes her even more miserable in more ways than one. She finally seemed to have some peace and happiness, and then things all fell apart for her. She’s like that in life, and we are always sad about it.

Now, we know that he is not married to Summer for love. He did his best friend a favor, but he knows that she has feelings for him. But, on the other hand, he has feelings for Lola. And we are just beside ourselves with disappointment in her own actions. She was aware that he had feelings for her for months, and she gave him a hard time about it. She felt that his friendship with Summer was too much for her to handle knowing that Summer liked him as much more than a friend, and that was not something she wanted to get involved with. We did respect that in so many ways, but we also know that things are rarely what they seem around here. She was someone we respected for wanting to avoid the pettiness that comes with a situation like that, but she literally didn’t waste a second jumping into bed with him after he got married to Summer and they became husband and wife. We just don’t get that. We don’t understand it. We don’t pretend to like it. We just don’t in so many ways.

Mia As A Person

We just feel disappointed in her as a whole. She’s not someone who seems likable at all. She is a woman who came to town to track down her husband, Rey, to try and make their marriage work after she made the mistake of sleeping with his brother. Then, she slept with his brother again, in secret, just before renewing her vows to her husband and trying to make a go of their marriage. Then, her husband realized she was a liar, and he decided to go back to Sharon, who he was falling for before his wife wanted to see if they could make things work. Mia got mad, pretended to be pregnant, that didn’t work, so she went back to his brother, and now she’s refusing a paternity test not knowing which brother her baby belongs to, and now she’s skipped town to be with her husband’s brother and the baby she is carrying — who might belong to either of them. It’s an ugly situation we cannot get on board with at all. We are just not there, and we can’t be there at all.