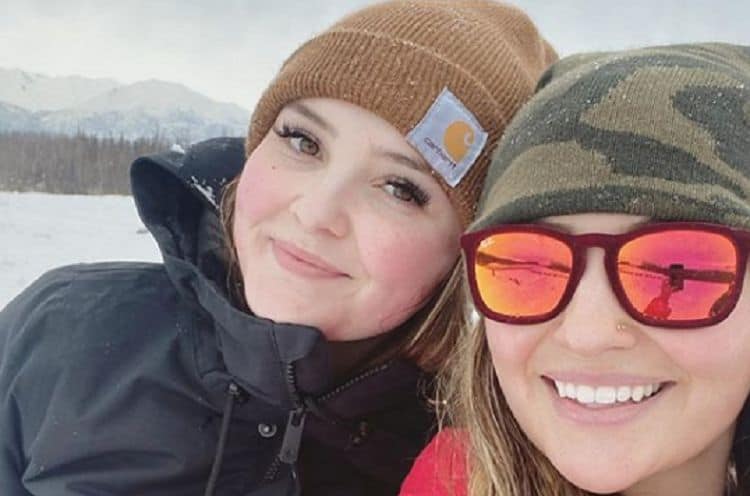 At this point it almost feels that the gags and memes about the Palin’s have run their course since their time in the spotlight was mercifully short. While some might argue with this and claim that they’re still relevant it awaits to be seen if they really are still in the mix or if they’re on the fringes now just waiting to be thrust back into the spotlight over one matter or another. Willow Palin is the third child and second daughter of the family and hasn’t been free of the controversies that have surrounded the Palin’s for a while now, though at times she’s one of the lesser-known members of the family since Bristol and their mother Sarah tend to take up a lot of attention at times. But Willow has her own thing going on and as anyone who has the time and inclination to do a search on Google might find they have their own little quirks that can be read about in various articles.

Here are a few things about Willow you might not have known.

10. The biggest news right now seems to be that she’s having twins.

Kelsie Willis from AJC and many others have already picked up on this so it’s not exactly news but is definitely something that people are willing to talk about. The Palin family has definitely been growing throughout the years since her sister Bristol has wanted to stay celibate but didn’t quite live up to the ideal. Willow on the other hand is about to welcome twins, and it’s going to be interesting to see if she wants any more kids once she realizes the challenge that twins bring.

9. At the moment she’s a hairdresser.

To be honest this isn’t a bad profession and if one knows how to work it and be one of the best around, meaning they pay attention to their job and manage to get repeat customers, then it can be quite profitable. Other than that it’s a job, but not always a great paying job. Of course owning her own salon does make a big difference.

8. She’s fairly active on social media, enough to be noticed.

From the pics she takes and shares you can see that she’s a pretty down to earth individual that likely has her faults and her imperfections but is still a real person that deserves at least a moderate amount of respect.

7. She starred on an episode of Celebrity Wife Swap.

Willow was on a special episode that showed her and Bristol interacting with Melissa and Joan Rivers. Obviously it wasn’t the same kind of show that we’re all used to seeing in such cases but it was no doubt entertaining.

6. She’s been a supporting cast member on Teen Mom OG.

This is a show that you really need to be into since quite honestly it seems to glorify and vilify teenage pregnancy at the same time and leaves a lot of the audience confused as to which way they should turn. In all honesty it’s a show best left to the archives.

5. Willow has been reputed to have a taste for vodka.

This seems like more of a way to slander her for being a drunk or an alcoholic by those that can’t keep their mouths shut or want to cause drama when there’s absolutely no need. Even if she did have a problem it’s easy to see that it’s her concern and that of her family’s, where it should stay.

4. There was a story about her being caught buying marijuana.

Once again there’s a lot of time and effort put into tearing people down for the sake of the ratings that the media channels seem to need but all in all it’s a bit pathetic at times to think of the kind of things we consider as newsworthy. If she’d been buying brick after brick of marijuana it might have been considered to be dubious and worth noting, but otherwise it’s enough to make a person roll their eyes.

3. She was married the day after her brother was arrested.

You do kind of get the feeling that the happiness on this day was genuine but might have been just a tiny bit strained since a family member being sent to jail the day before might put a damper on things once the festivities were over and done with.

2. Willow did study to be cosmetologist.

People can say what they want but a person does need to study to be cosmetologist. When you’re working with chemicals and other substances that can affect the body in various ways if applied improperly, or if a client has a violent reaction, it pays to know what to do and how to react to it.

1. She starred on a reality show with her sister Bristol.

The two of them were featured on the show Life’s a Tripp which might have gained a few loyal followers, or more than some folks think, but was obviously not all that popular since it’s been relegated to the back of the bus so to speak on the internet.

She’s not a perfect person, but then most of us aren’t.

“A Castle For Christmas”: What Has Cary Elwes Been Up To?

Could Vigo the Carpathian Return in Another Ghostbusters?

“A Castle For Christmas”: What Has Cary Elwes Been Up To?

Could The Crow Reboot Finally Happen One Day?