Home
Television
Will Billy Return in Season 4 of Stranger Things? 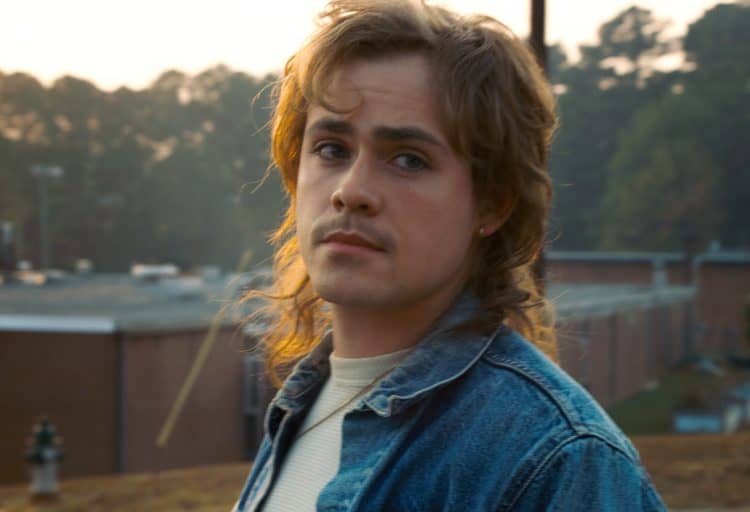 In a big way it does feel as though a lot of people are having a serious issue dealing with loss when it comes to certain characters in the movies and TV shows today since the mere mention of Bob Newby and Billy from Stranger Things is apparently making it feasible for many people to think that Billy could somehow come back in this next season. While we’re going to have to wait for a while to see it thanks to the shutdown of Hollywood and every studio around, plenty of people, including Kara Hadash from Screenrant, are already thinking up ways that this could happen and that we could see Dacre Montgomery continue the redemption arc that his character was on right before his death. Granted, Billy was on a serious upswing when it came to his character and it could have been that, had he survived, he would have eventually joined up with the group, perhaps mended things with Steve, or not, and would have at least been a friendly, no longer the antagonistic bully that he came in as. As most fans easily remember, Billy was the alpha male that stepped in to usurp Steve’s place in school in the second season, and proved very quickly that he was tougher and much meaner than Steve could ever be. By the end of season 2 however it was established that Max had liberated herself from Billy’s otherwise problematic behavior, and that he’d learned to steer clear of her and her friends.

In the third season Billy unfortunately fell under the sway of the Mind Flayer and as a result became a part of the big bad as he continued to do its bidding and furthered its ends. We saw the eventual deterioration of his character as he continued to change, and it’s easy to think that some people might have been thinking that this was the comeuppance that he really deserved. Once things kept getting worse for Billy though it was kind of obvious that this was just too much and that his character might need to be given some help to make his way back to being the pain in the ass that he was, not the bad guy he was being made into. Thankfully he was redemptive at the end of the fight with the Mind Flayer, and it was established well before this that Billy’s life had been a rather torturous ordeal that had eventually warped and twisted him into the aggressive character that he came into the story as. In other words, when someone says it’s not their fault for being the monster they are, some people are actually telling a grain of the truth, even if they had a choice as to how to react to the world they were thrust into. Billy had ever choice in the world to be a decent person it would appear, but he chose to embrace the hurt and the pain that had infected his life, and thus he became the bully, the guy that others thought was a jerk just because he could be. In a way that’s kind of accurate, but the hurt that he’d suffered when he was younger became apparent when it became possible to see inside his mind.

But if Billy is brought back, it will hopefully be in flashbacks that will explain the full dynamic between him and Max, and not by some method of cloning by the Upside Down or some convoluted explanation consisting of the idea that we didn’t get to see his body being carted out of the mall near the end of the finale. Anything else and it might appear as though the show is favoring him in a way that could mean that his character arc wasn’t over yet and he needed to do something even more dramatic before he was sent on his way. But really, how much more dramatic does a death scene need to be? He gave up his life for the others and defied the Mind Flayer, anyone in a D&D group would tell you that such an act is pretty heroic in and of itself, but of course that’s a different mind flayer. Still, Billy’s death scene was still meaningful enough that it made a good deal of sense and would make even more to leave him dead, while bringing Dacre Montgomery back for a little history into his and Max’s lives to show just what happened and why the two of them never got along, apart from the obvious.

There’s been talk, other than theories, about bringing Dacre back to the set, and as of now it’s going to be a while until we hear anything about it other than conjecture and possibly what might be planned for later. But if Billy does come back, hopefully it’s just to give a little closure to his character and nothing else.