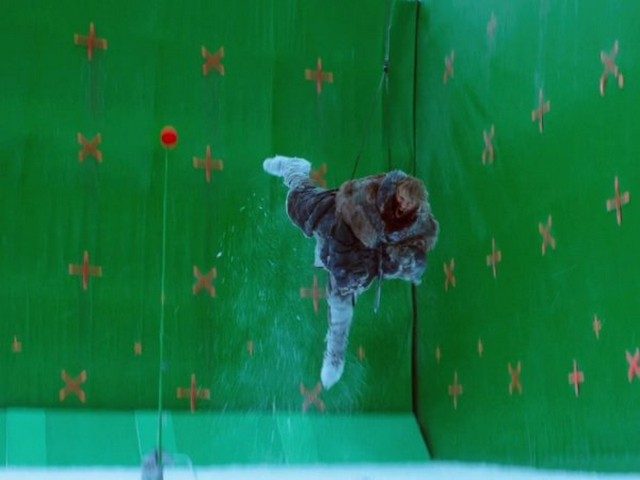 We all agree that Game of Thrones is an impressive show when it comes to the visuals. But even though most of us know that CGI and green screening are the primary methods of creating such wonders you’d still be kind of shocked to see what the scenes look like before they’re finished.

Here’s a bunch of photos to show you the before and after process of GoT. 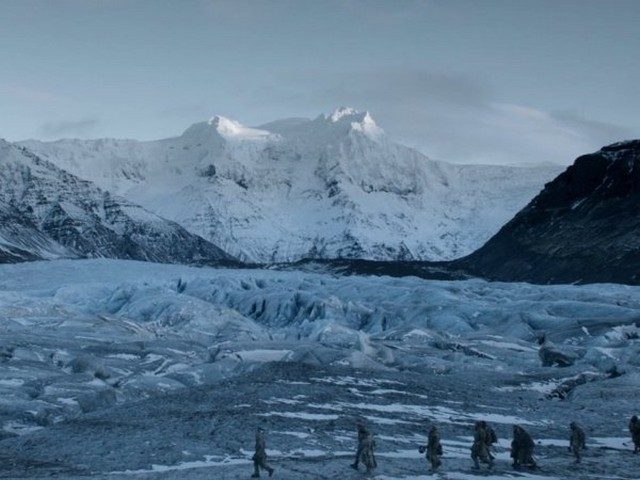 Some of the panoramic landscapes are quite gorgeous all on their own, but they’re definitely not foreboding enough. Add in a blizzard and a howling wind though, and make it a little darker, and things get to be downright ominous. 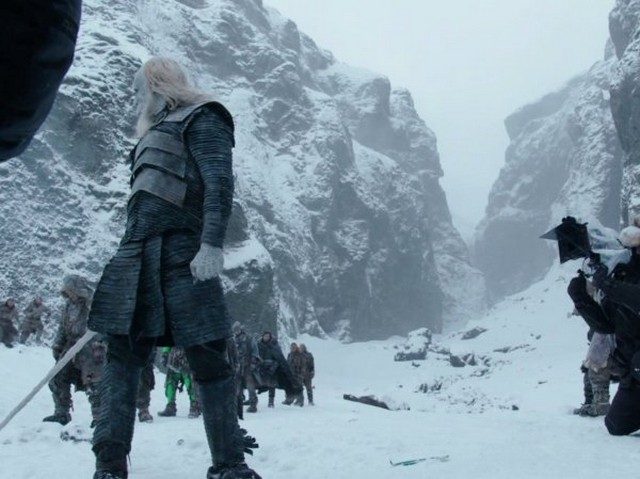 The White Walker doesn’t look quite as fearsome when he’s being photographed, though the scene looks about right. 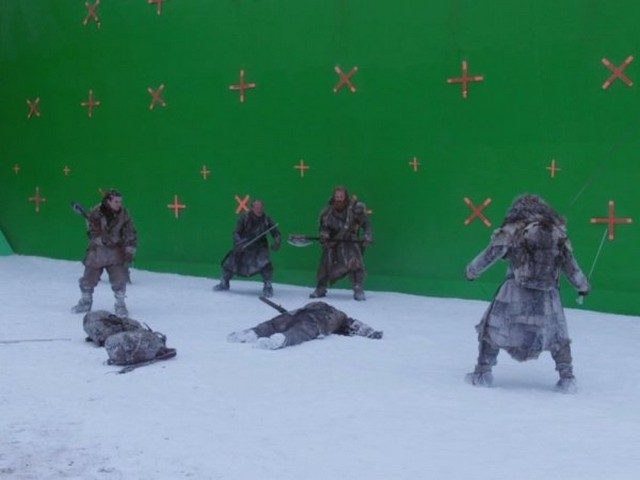 The green screen definitely takes a lot away but what it adds in the show is breathtaking. Just imagine though, the actors have to pretend as though they’re actually fighting in the biting cold with the wind tearing by them every second. 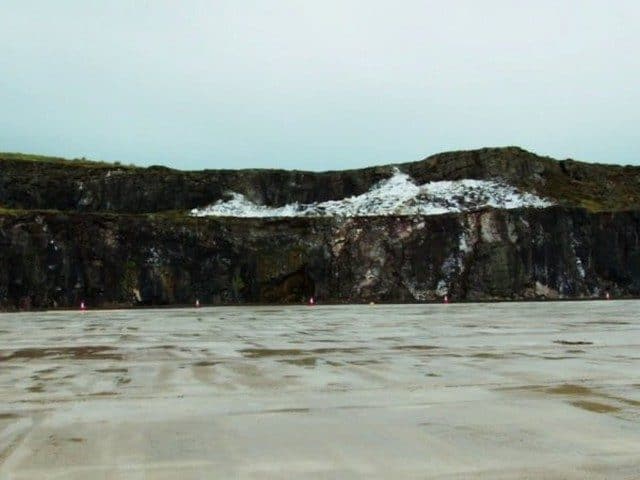 The before pictures of this quite countryside are quite nice, in fact if you didn’t see the after pictures you’d never know that it was bound to be the site of an epic battle. 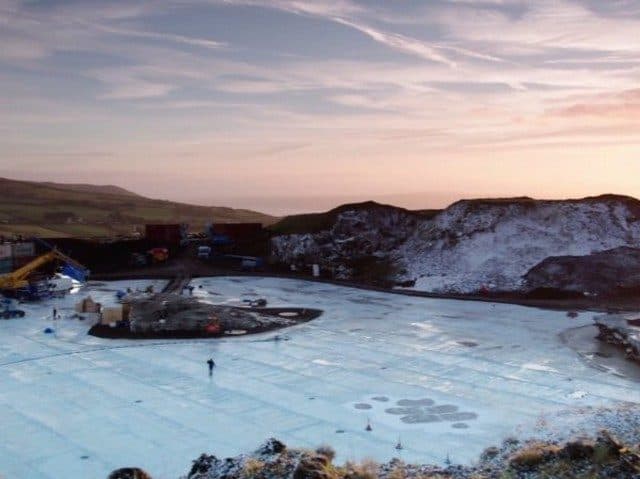 Getting the scene ready takes a lot, a LOT of work. But just imagine the size of the crew it must take to prepare everything so that it’s just right. 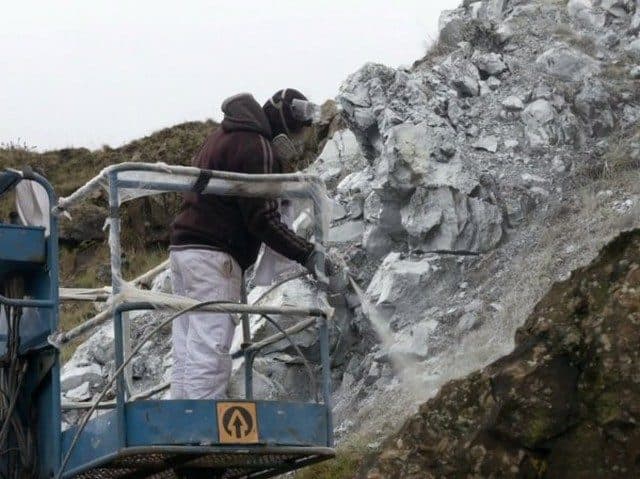 Even the rocks and the surrounding hillsides have to be painted. Thankfully the crews use a special type of paint that is eco-friendly and won’t damage any of the surroundings. 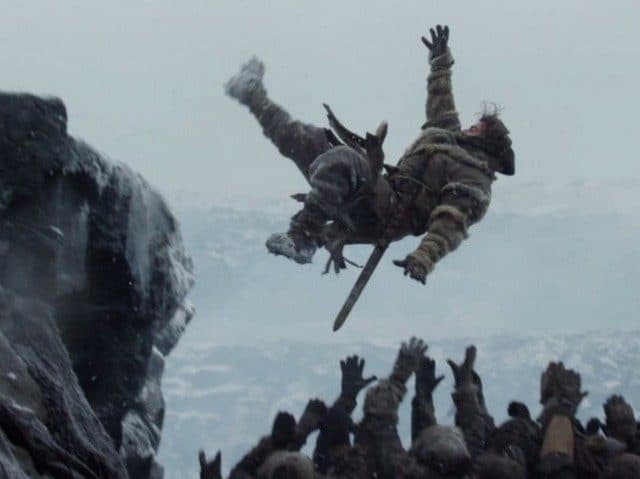 Even with  people to catch you this has got to be kind of unnerving. 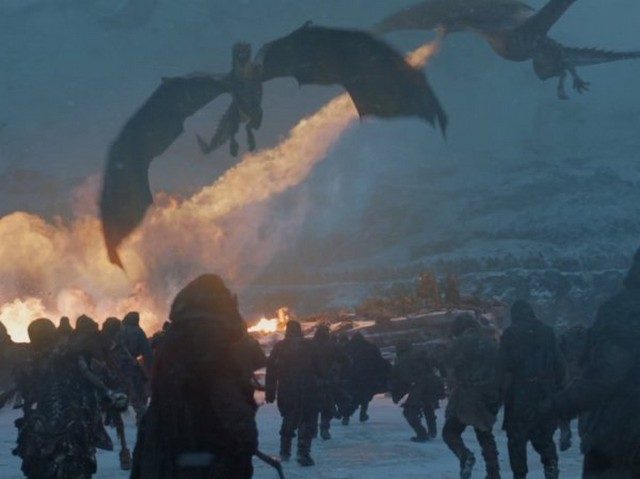 Once the dragons showed up you knew things were finally under control, for at least a short while. 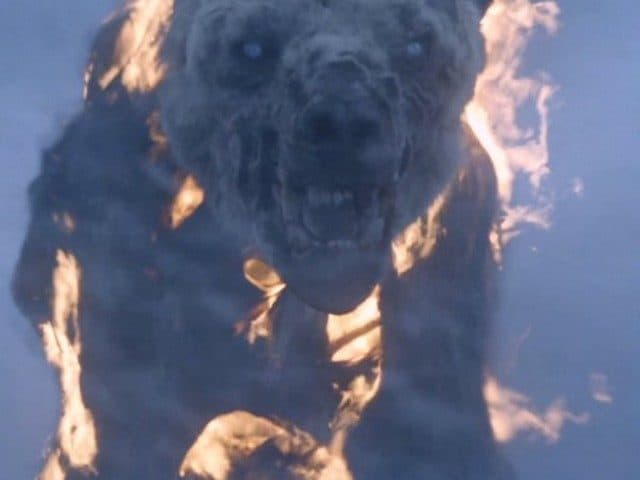 A zombie bear is exponentially worse than a human zombie.

You’ve got to wonder how comfortable those harnesses really are, if at all. Right now it doesn’t look that comfy. 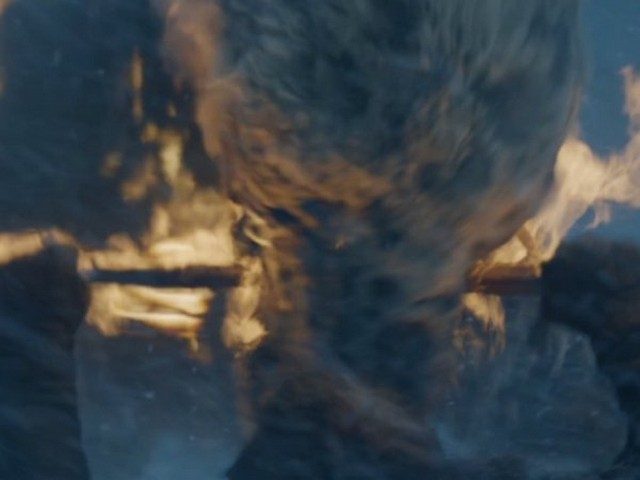 The real ‘what the hell’ moment was when the bear had the foresight to grip the blade with its teeth and toss it away. 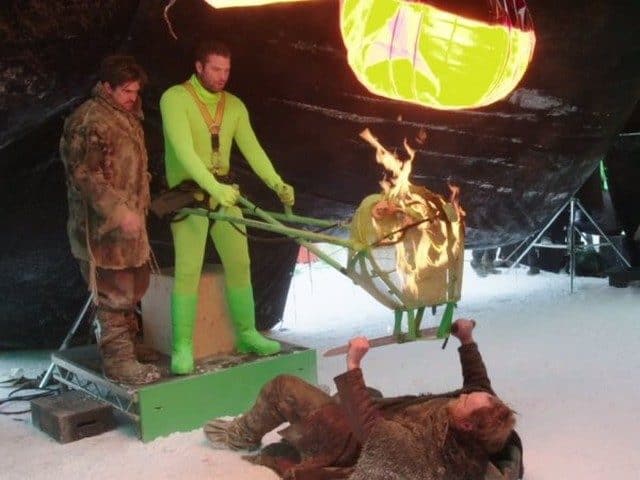 The scene kind of loses a little bit of luster with this behind the scenes shot, but you can still see how it might be disturbing. 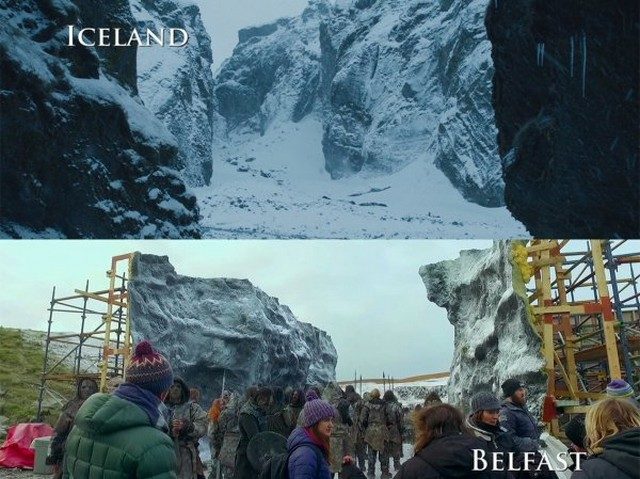 Wow. How long do you think it takes to set these things up? And when you think about it, what do they do with them when they’re done? 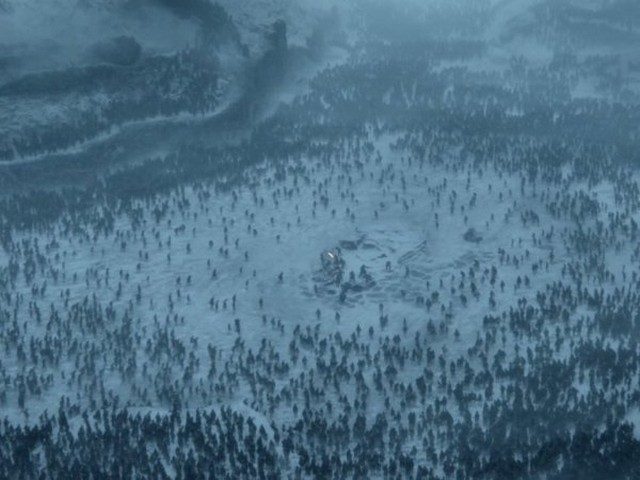 It’s like watching ants surround a trap. The only difference is that the bait can fight back, at least for a little while. 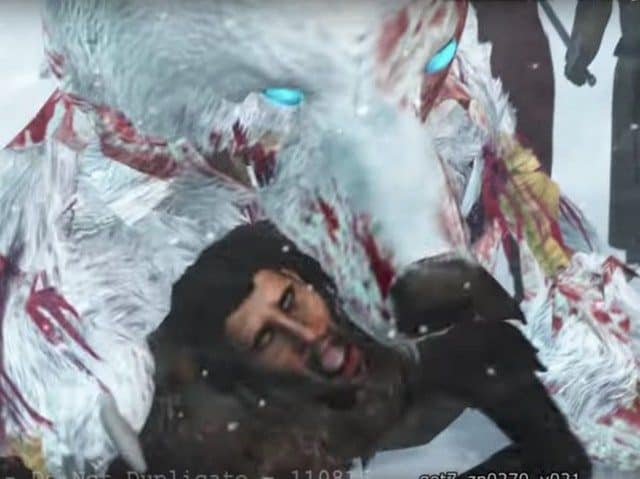 Imagine having this program. You could imagine you could make some killer videos with it, pun definitely intended. 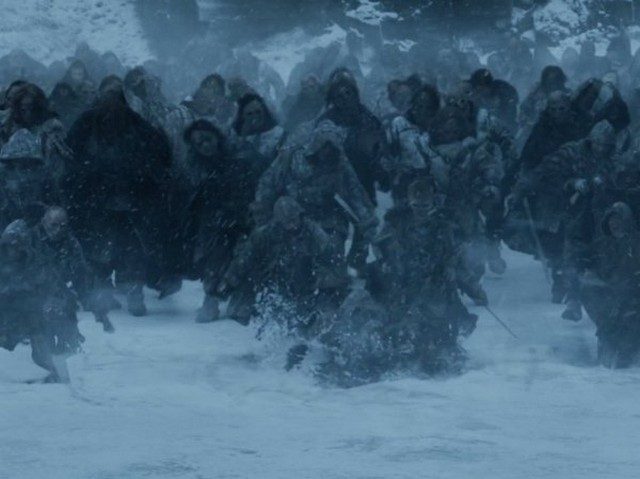 That’s one good think about the undead, they don’t look before they leap. 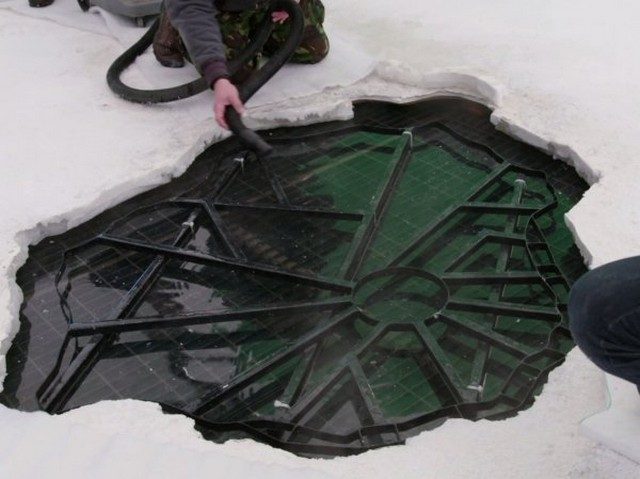 These were motion control devices that were used to make it look like the wights were breaking through the ice. 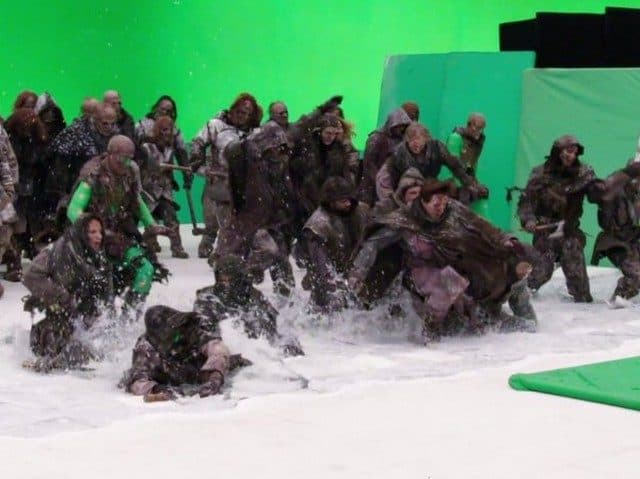 So when the wights are breaking through, those trap doors are opening to let them fall into heated water so they didn’t freeze. 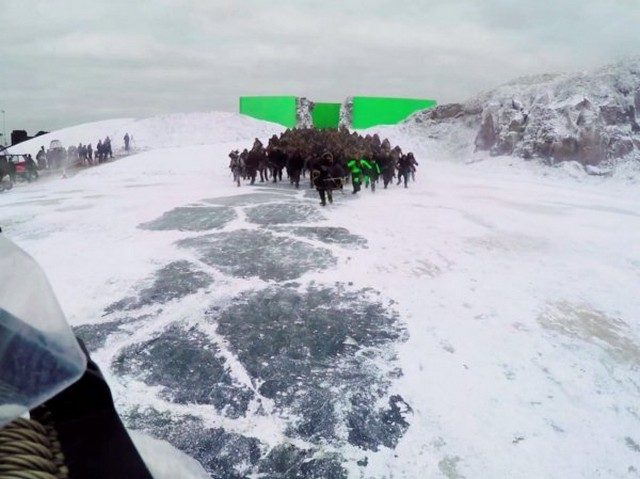 While it looked like they were running away from hundreds upon hundreds of wights they were really only running from a large group of extras. 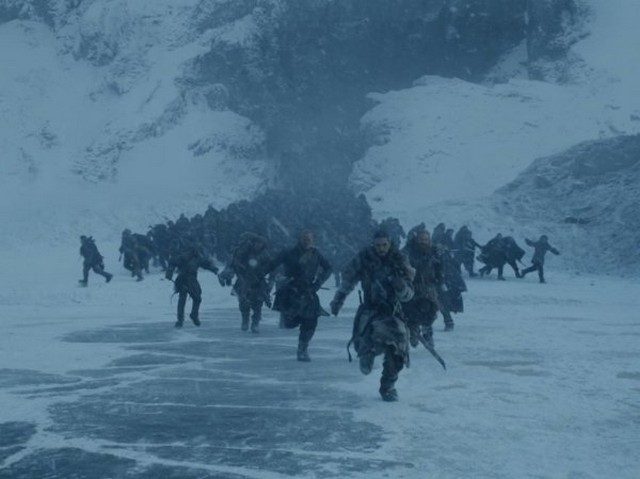 The green screens were used to add the rest and as a result it now looks like they are running from a literal army of dead soldiers. 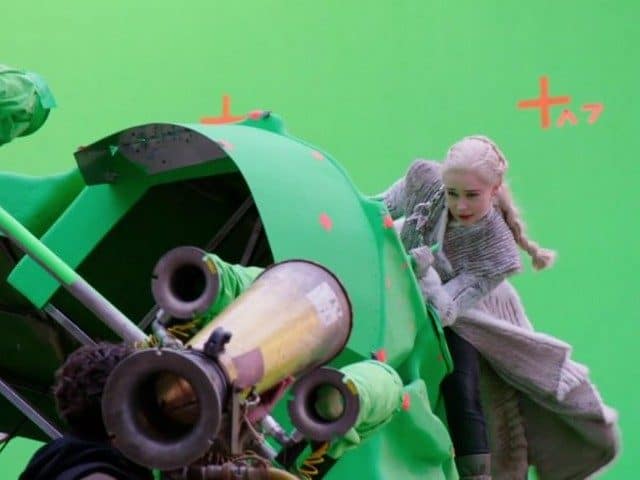 Dany riding Drogon into battle is still kind of impressive behind the scenes. 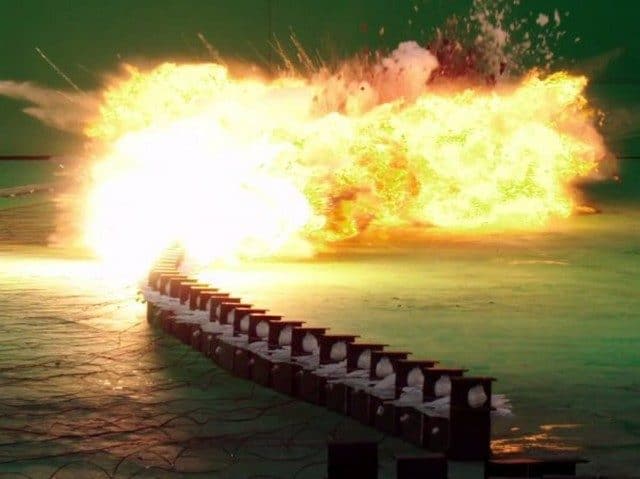 Explosions were added in so as to add to the effect of the dragons blasting apart the wights. 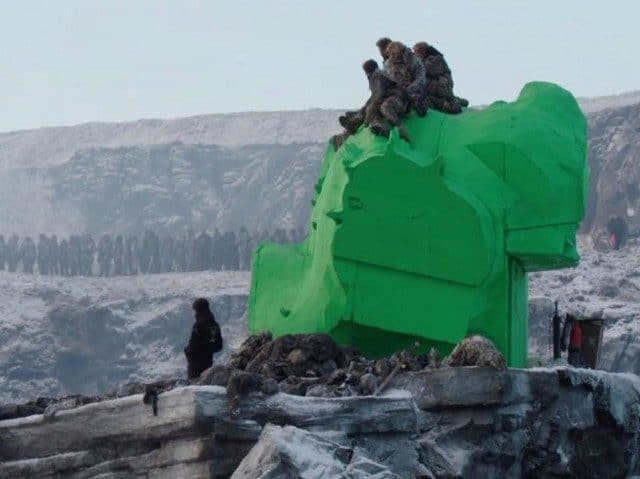 Drogon’s body was modeled after a 747 and made of polystyrene. There were steps up his back that the actors could climb. 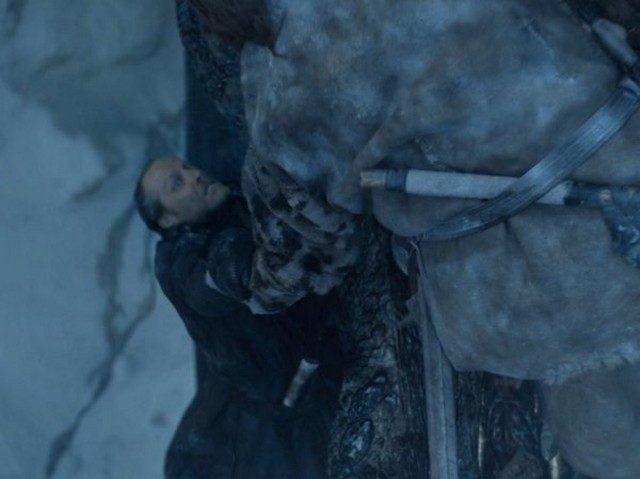 Remember when Jorah almost fell off the side? Drogon was avoiding  the second ice spear but Jorah obviously didn’t have a good grip. 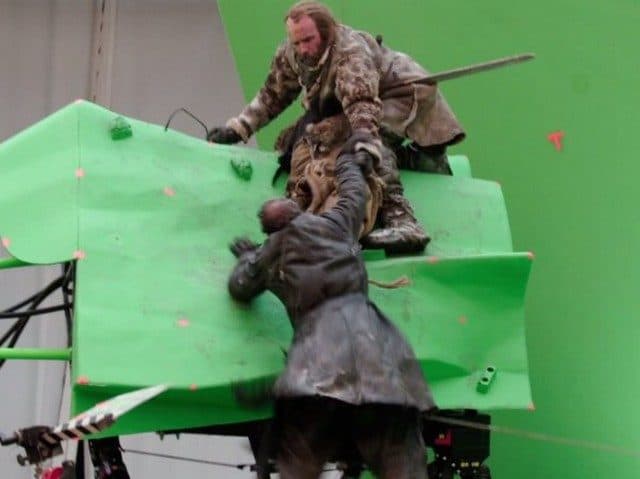 The contraption was made to move to simulate what would happen in the scene. 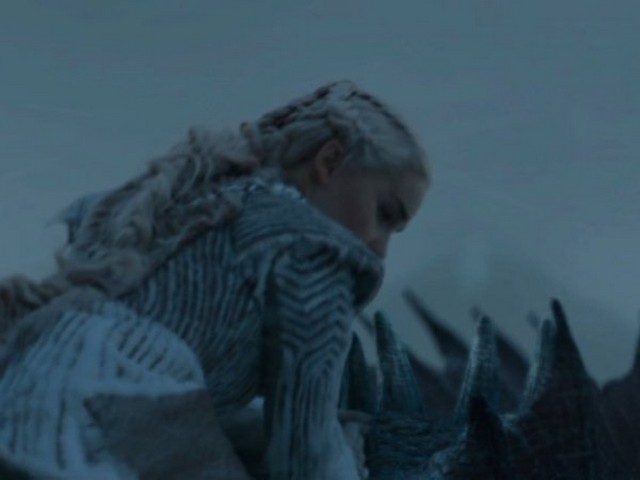 Dany was absolute fire on the scene, and the dragons were definitely a sight for sore eyes. 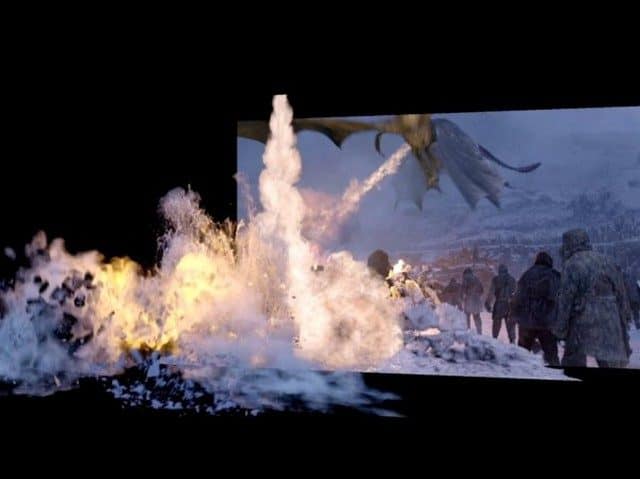 Their fire though was added in later, as was much of the destruction.

Behind the scenes kind of takes some of the magic away, but it makes you appreciate it even more.