Home
Movies
Why We’ll Be Checking Out the Movie Blackbird 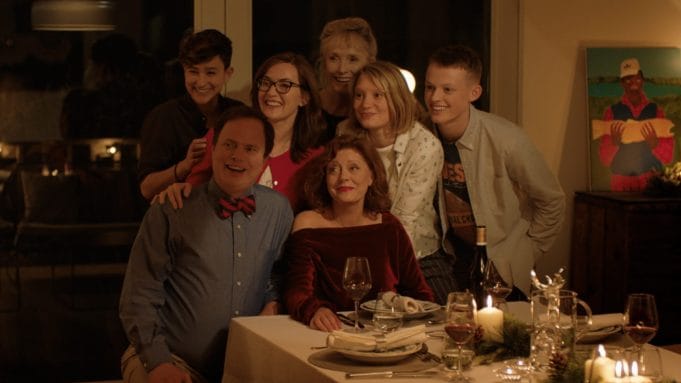 A lot of us have lost people before we were ready. Did you get that part, before WE were ready? Admitting that it’s not about us, that it’s not our life that is ending, often requires a certain perspective that many people are not ready to embrace. Those that are terminally ill and know that they’re facing the end are often in a great deal of pain often come to the understanding that life ends, no matter how we want it to happen, or when we don’t want it to happen at all. But as we see in Blackbird, which has a remarkable cast of characters that have driven a movie that’s bound to pull at the emotions of many a person, death isn’t something to be feared, and the world doesn’t revolve around one person at any given time, but our sphere of influence certainly makes it feel as though it might. As it’s seen in this movie there are characters that are not ready to embrace the idea that the matriarch of this family is fully ready to get on and take that final leap, even if the family gathering is what this is meant to be about, her final chance to impart what she wants to upon her family and to share with them a time that they won’t forget, and that she can feel proud of before the end.

This isn’t the first time that Susan Sarandon has played a woman that’s looking at the end of her life, but unlike her role in Stepmom with Julia Roberts and Ed Harris, her character appears to be at peace in this story as she’s fully ready for the time to come and is bound and determined to enjoy the last moments she has with her family. Anyone that’s been there, that has seen a family member or even a close friend fade away from a terminal illness, knows the pain and the heartache that comes from not being able to do anything. But there are those that break down and attempt to hold on, no matter that a final exit has been planned, and there are those that accept it and know that one way or another, it’s going to happen. Then there are those such as Sarandon’s character who decides to make light of it and either convert those around them into the same line of thinking or infuriate others that believe death is no laughing matter. Do you want to know a secret? Death is kind of like life sometimes, it is what we make of it. Or as more than one person in the movies has said, “Death smiles at us all, all we can do is smile back.”

It’s an awkward way to look at the ending of a life, but while it doesn’t celebrate death in any way, it does celebrate life for being so precious, so temporary, and so worth every moment, no matter how bad or how good they are. Smiling at death is something that many people would think of as insane, but there are many that would, and will, likely greet death as an old friend that will arrive at precisely the moment it should. Obviously, this isn’t a universal feeling since death comes like a thief in the night and at the worst possible moments as well, but for the terminally ill, those who know their end is near will often welcome the end, if only to eliminate the pain that many of them are feeling, and to possibly bring their family closer to the acceptance of their passing. Many family members have a serious issue with losing someone close to them, as the pain is worse than anything physical, to the point that even describing it is enough to cause some people to break down. That actually appears to be the case in this movie since a few of the family members aren’t fully on board with the idea and aren’t about to let go without a bit of a fight. Eventually the realization that the best that can be done is to simply accept the end, since it will come one way or another, and having regrets over what we say or do near the end is far worse than the end itself.

There have been a few movies such as this that have come out in recent years detailing how people deal with loss and what it comes to mean to so many. Like many ideas, this one tends to come in waves, as though people need to be reminded what it’s like to lose or to watch loved ones slowly fade and eventually pass. Some would claim that no one needs this lesson that often, but in terms of reminding us just what it feels like, many movies such as Blackbird do a stellar job at reminding us of the difficulties that come with this part of life.