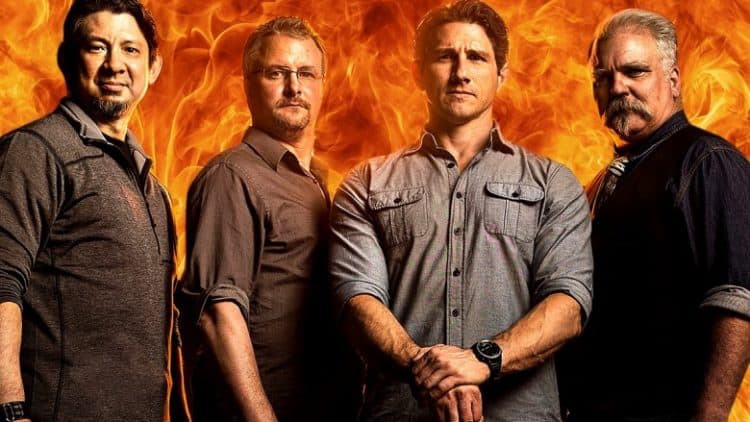 Reality TV has become incredibly popular in recent years, but most people who watch do so with the understanding that what they’re seeing isn’t really real. After all, the entire reality genre has developed a reputation for creating false scenarios and manipulative editing. There may be one show out there, however, that is actually authentic: The History Channel series, Forged in Fire. The unique competition series consists of talented bladesmiths who participate in a series of challenges to see who can make the best blade. During each episode, four people compete and the winner earns a $10,000 prize. Like other reality shows, many people have questioned whether Forged in the Fire is legit. If you’re a fan of the show you’ll be happy to know that Forged in the Fire is more real than you might think. Keep reading to find out how.

How The Show Works?

One of the cool things about Forged in the Fire is that it gives viewers the chance to learn about something that they may not have otherwise had access to. Each episode of the show consists of three rounds. The ‘weakest’ contestant is eliminated after each challenge. At the beginning of the show, the bladesmiths are given steel and tasked with making a blade. They can use any style they’d like, but they must stay within the specifications given to them by the show’s host. At the end of the round, each blade is critiqued by the show’s judges.

During round two the contestants have to complete their blade by making it a fully functional knife. This includes adding a handle and other finishes. In this round, bladesmiths also test the knife’s functionality and durability by putting it through a series of tests that includes cutting through various items.

In the last round, the bladesmiths really put their skills to the test by recreating an existing knife that has some sort of historical significance.

Is Forged In The Fire Real?

Okay, let’s get down to the nitty-gritty. Is what you see really what you get with this show? For starters, it’s important to note that reality TV is never 100% ‘real’. Since TV is about entertainment first and foremost, reality shows are always presented in the most entertaining way possible. While this doesn’t necessarily mean that elements of the show are entirely made up, it can mean that things can be maniuplated slighty to make the show more interesting. With that being said, Forged in the Fire appears to be as real as it gets.

A former contestant shared their experiences on a Reddit thread under the username rdeker. They said, “The 3 hour clock is ENTIRELY real, and can really screw with some folks. Oh, and there’s no stopping the clock for epoxy to fully set, but there is a selection of epoxy in the shop…You have to make smart decisions at every opportunity.” He also noted that “The first round blades are indeed tempered”.

In a world where we’re all used to being somewhat tricked, it’s nice to know that many elements of Forged in Fire are the real deal. rdeker did note, however, that watching the show isn’t the best way to learn about bladesmithing because contestants don’t really get an opportunity to discuss the specific details of the process. Still though, it’s a great show if you simply want to be entertained and get an overall look at how knives can be made.

Will Forged In The Fire Be Renewed?

Now in it’s 8th season, Forged in the Fire underwent a pretty drastic change then the show’s longtime host, Will Willis, was replaced. According to Tribe Live, a statement released by The History Channel said:

“As with any legacy series that has had the privilege of being on the air for five-plus years, fans will notice new names and faces from time to time. While we appreciate Wil Willis and everything he brought to the series we are excited to start this new chapter and welcome Grady Powell into the ‘forge’ as our new host.”

We weren’t able to locate any specific reason for Will’s departure from the show other than the fact that his contract was likely up. Needless to say, however, lots of fans weren’t happy with the decision to bring on a new host.

As of now,  Forged in Fire hasn’t yet been renewed for a ninth season, but on the bright side, it hasn’t been canceled either. We’ll all have to sit tight and see what the future holds for this show, but for now viewers can enjoy the current season and older episodes.