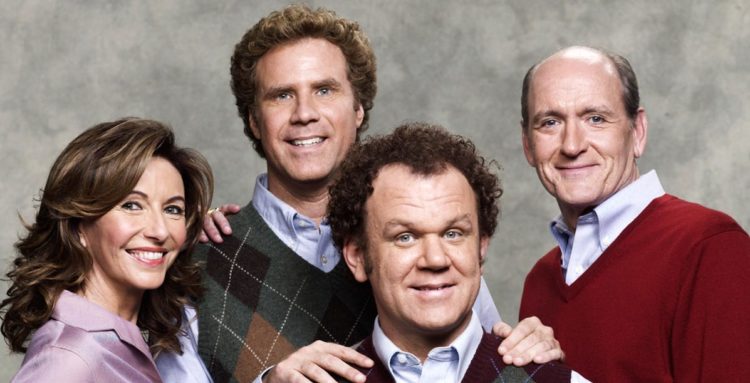 Adam McKay is one of the most bankable comedy writers and directors in Hollywood right now. His latest movie, Don’t Look Up, garnered praise for his direction as well as the beautifully assembled cast consisting of Leonardo DiCaprio, Jennifer Lawrence, Meryl Streep, Jonah Hill, and many others. But every comedy genius has their worst work, and for McKay, most people agree it’s the 2008 film Step Brothers. The movie was widely panned by critics and made a dent on McKay’s upward momentum as a comedy director. But what happened? The movie was directed by McKay himself, with backing from another comedy genius, Judd Apatow, as well as the acting chops of funnymen Will Ferrell and John C. Reily? The entire arrangement seemed like a perfect brew to produce an amazing comedy flick. But things didn’t go as planned. Here are a few reasons why Step Brothers is Adam McKay’s worst movie.

The movie is predictable

The premise of Step Brothers is a simple one: From Rotten Tomatoes, “Brennan Huff (Will Ferrell) and Dale Doback (John C. Reilly) have one thing in common: they are both lazy, unemployed leeches who still live with their parents. When Brennan’s mother and Dale’s father marry and move in together, it turns the overgrown boys’ world upside down. Their insane rivalry and narcissism pull the new family apart, forcing them to work together to reunite their parents.” The movie is about how they deal with the situation as adults forced to live together. It’s an interesting premise for a comedy, but many agree it’s not executed well at all. The movie’s biggest problem is that although there are numerous laugh-out-loud moments, they all make the film predictable. There were a lot of missed opportunities for comedy but it seems like the potential wasn’t really fulfilled. It’s disappointing because Step Brothers could have been an amazing comedy classic and a highlight on Adam McKay’s career, who had already made a mark with his directorial debut Anchorman. NPR wrote of the movie: “The problem here is not the film’s mighty efforts to be audacious, which are to be expected, but their repetition. Ferrell’s comedic fearlessness, once refreshing and truly strange, is now looking awfully familiar.”

It’s hard to care for the characters

It’s obvious that the characters, played by Will Ferrel and John C. Reilly, were intentionally created to be as unlikable as possible, and that setup would have been an infinite source of laughs and jokes. But the characters’ lack of redeemability throughout the film did not do the movie any favors. It’s a shame because Step Brothers has some of the most well-written dialogue in any Will Ferrell film. It was obvious that the writers wrote an entire film of funny dialogue. Adam McKay’s comedic touch is all over the movie. Unfortunately, the writing is not great enough to save the movie from being so unfunny. It’s hard to care about the characters or their lives when they’re unlikable. The humor wasn’t entertaining enough for audiences to overlook their unlikability. Roger Ebert wrote it best by asking, “when did comedies get so mean?”, writing: “When did comedies get so mean? “Step Brothers” has a premise that might have produced a good time at the movies, but when I left, I felt a little unclean. The plot: Will Ferrell and John C. Reilly play Brennan and Dale, two never-employed 40-ish sons who still live at home, eating melted cheese nachos and watching TV. When their parents (Mary Steenburgen and Richard Jenkins) get married, they become step-brothers and have to share the same room. This causes them to inflict agonizing pain upon each other and use language that would seem excessive in the men’s room of a truck stop.”

But some say it’s an unfairly reviewed flick

Years after Step Brothers‘ release, some are defending the movie from what they believe are unfair reviews during the time it premiered. Slate went so far as to write that Step Brothers is Adam McKay’s best film. “Step Brothers is such a loose and freewheeling movie that it’s easy to overlook McKay’s filmmaking, but it’s flawless. Step Brothers isn’t much for conventional aesthetic beauty, but that feels like a deliberate choice, sending up the dull visual indifference of your average family comedy. In a recent episode of Elvis Mitchell’s podcast The Treatment, McKay noted the unusual amount of camera movement in the film, the work of cinematographer Oliver Wood, best known for shooting the Bourne trilogy. The film’s abundance of mobile, hand-held shots adds to its antic jitteriness while allowing Wood and McKay to make fantastic use of spaces, particularly the increasing claustrophobia of the Doback-Huff household.” Decider even documented how the movie went from almost universally derided to becoming a comedy cult classic. “Looking back on the reception for his film, Adam McKay says he wasn’t surprised that the initial reaction was negative. “Ferrell and I talked before we made the movie and both agreed that we were fine with getting not so great reviews,” McKay told Decider. “We knew it would be one of the most absurd and over-the-top movies we’d done to that point. And the second you have a fart joke in a film anyone knows it’s not going to be a critic’s darling (except for Blazing Saddles of course).” McKay elaborated that Roger Ebert’s review was surprising because it had the implication that the moviemakers advocated for the behavior that the two protagonists showed in the movie, which they obviously didn’t. “What did surprise us was how critics like Ebert thought we were advocating the behavior of Dale and Brennan. We made the movie to examine how American men had been infantilized by consumer culture. I know that sounds super heady, but it was definitely where we coming from. That’s why we loved Elbert’s review so much. It was written like it was from Richard Jenkins’s character’s perspective. You could feel his frustration and anger with where American culture was headed.”

So, given this, is Step Brothers deserving of a second watch and a fresh perspective? While the movie was critically panned during its premiere year, audience opinions of the movie have changed, and perhaps its high time to give the movie another chance.