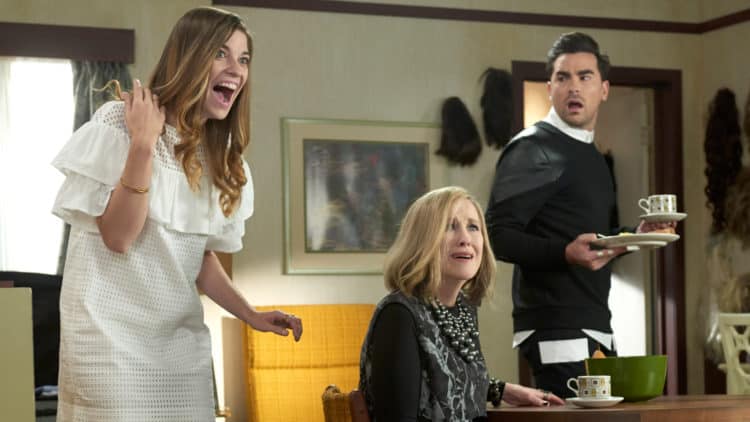 In 2015, the world was introduced to Schitt’s Creek where Johnny, Moira, Alexis, And David Rose were kicked out of their luxurious lifestyle and forced to live in a small, run downtown of, well…Schitt’s Creek. As each season passed, the Rose Family evolved in some shape or form. Of course, Alexis was still the bubblehead diva with a questionable past, David was the self-centered fashionista, Moira Rose was Moira Rose, and Johnny was the glue trying to keep his wacky family together. Five years later, Schitt’s Creek officially ended, with David getting married to Patrick, Alexis finally understanding her place in the world thanks to her marketing skills, and Johnny and Moira going on happily ever after. It was the perfect ending for the Rose family and the series as a whole. Admittedly, Schitt’s Creek failed to find its footing early in the first couple of episodes. Don’t get me wrong, there was nothing bad per se, but the writing wasn’t as sharp until the writers truly started to tap into the characters of Johnny, Moira, Alexis, and David.  But that’s with every series; Seinfeld’s first season wasn’t all that great. The Office had some issues as well balancing out the characters and story. That doesn’t mean that there weren’t gems in the first season of Schitt’s Creek. Who could forget Moira having a breakdown in Jocelyn’s classroom? Or David’s adventure duck hunting? or Johnny’s lovely discovery of the town sign? However, the funny sequences throughout the six seasons aren’t what make Schitt’s Creek such a great show. Just like Michael Scott eventually grew out of being a man-child or Pam and Jim officially getting together and starting a family, Schitt’s Creek is memorable because of the characters organically evolved as the seasons passed.

Character development is massively important for both television and movies. Just like people evolve in real life, it’s necessary that characters develop so audiences can connect with them as human beings. Now, there’s an argument that Seinfeld fights back against that nature. It’s a show about nothing and despite all the failed relationships, businesses, etc., George, Jerry, Elaine, and Kramer are still the same loveable assholes by the time the final episode hits. However, those four douchebags do suffer the consequences for their lack of development before the credits roll. Whether you liked or despised the series finale of Seinfeld, there is some type of growth by its conclusion. However, Seinfeld isn’t a traditional show and media has showcased in the past that there isn’t one formula for a successful show. However, the tried-and-true formula works perfectly for Schitt’s Creek. It’s more than just a wealthy family getting into zany shenanigans in a small country town. It’s about love, acceptance, the importance of family, and how integrity and class is more valuable than money. Of course, the key thing for a comedy show is to be funny, and the show excels in that department. It naturally explores the sexuality of David, and thankfully doesn’t devolve into the typically gay storylines of disapproving parents/families. Instead, the awkward relationship involving Stevie, Jake, and David gave audiences a chance to explore a different romantic dynamic in a hilariously funny manner. The Patrick/David storyline had some cliches here and there such as Patrick being a closet gay man, but the fun moments such as David performing “Simply The Best” by Tina Turner heavily balanced that out and it helped normalize gay relationships by not making his sexuality such an issue.

Alexis represents still being a kid who’s still trying to understand her place in the world. She’s a selfish heiress who relies on mommy and daddy to take care of her. Materialistic things are the most important things in her life, and she doesn’t exactly make the best choices in terms of relationships. By the end of it, she’s the complete opposite and even chooses work over Ted. Basically, the point is that the show challenges its characters and while most of it is lighthearted situations, it’s still a valuable lesson that sticks with them until the very end. More importantly, the comedy that comes from these situations feel genuine and natural. A crucial mistake that many shows or movies make is throwing everything at the wall to see what sticks. By doing this, every now and then, a situation or moment will be funny because something does stick, but it’ll more often than not miss because that moment isn’t really ground in some form of truth, nor does it play organically off the show’s situation. Schitt’s Creek sticks to its guns from beginning to end, and it’s hard to not have a dry eye by the time David’s wedding happens. Schitt’s Creek is essentially a flawless show, and just like comedies such as Seinfeld or Veep, it’ll be forever remembered as one of the best. 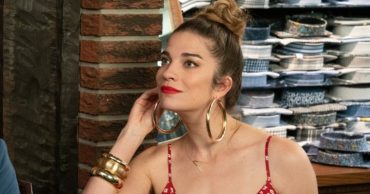 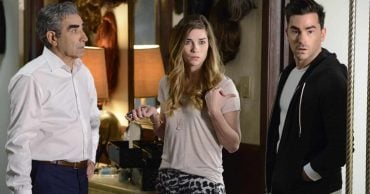 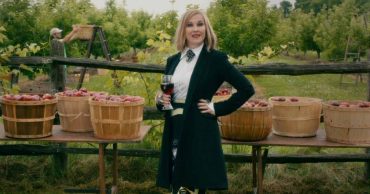 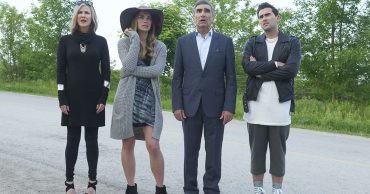 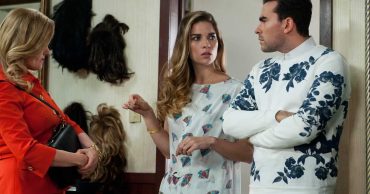 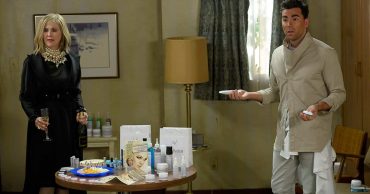