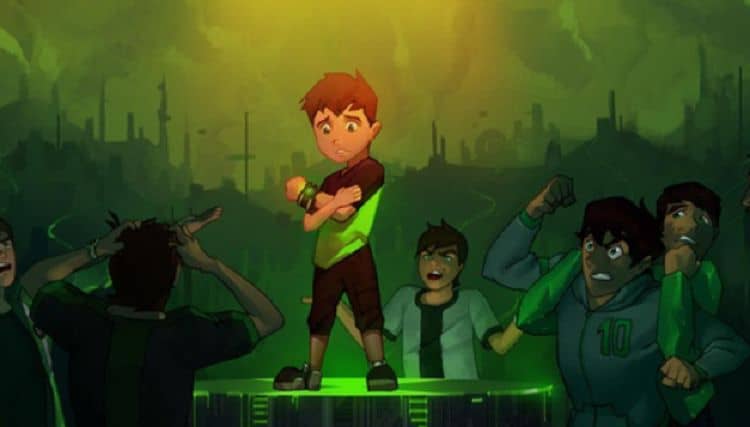 It’s kind of funny in a sad sort of way that the Cartoon Network has come to this since they’re now suffering from the same lack of originality that so many others in show business are since it would appear that Ben 10, one of the more loved cartoon series, has gone back to the original spot from which it started, but with a couple of differences. For one, it sounds as though the show is focusing more on the comedy and less on the story, and the animation, which some folks might not think is that important, has turned off a lot of older fans that remember this series from years ago. Believe it or not, the quality of the animation does matter with certain cartoons since Ben 10 wasn’t the most artistic of shows in its time, but it was still drawn well enough to convey the action, the story, and to impress the fans with his many transformations. Lowering the quality of the animation and not focusing on the story are two very big mistakes that one would think that those that are trying to push a story would know not to mess with. But then, if people are willing to pay attention to what they’re putting out, then there’s nothing else that really needs to be said other than to lament the idea that quantity is better than quality, as has been happening for a while now.

Anytime a show pulls away from the original concept it’s a risk, but if done correctly it can go a long way towards pleasing the fans and might even draw in new fans. But with Ben 10 it does sound as though things have gone a bit off the rails. The animation is a big sticking point, just as the fact that it hasn’t advanced the show at all, since both issues are kind of huge when it comes to pleasing the fans, which doesn’t appear to be a big priority. How the Cartoon Network goes about selecting the methods by which it brings back each program and how to present it is a bit confusing since the animation of any show that’s been known and admired should be kept to some kind of standard, not necessarily the exact same, but something close to it. If that can’t be accomplished then one might need to find a different animator and then see to the story that needs to be told since continuing a story is usually preferable so long as there’s still plenty of story to tell. Otherwise, rebooting the story from the beginning becomes kind of a hassle for the fans since they’ve been down that road before and might not want to consider traversing it again, especially if the reboot is revising the history of the character and their story.

Like it or not, catering to the fans is sometimes the wisest move for any show or movie. It’s true that many fans can be a bit toxic in their admiration of a show, but the chances are that a lot of fans simply want to see one of their favorite shows brought back in a recognizable manner, even if things have been advanced and are a bit different. Seriously, there’s nothing wrong with changing a story as it progresses forward, but bringing it all back to the beginning and then changing things up in a way that makes it clear that the fans aren’t the ones that are being taken into consideration is a great deal of disrespect to those that helped to popularize the show in the first place. It’s true that those telling the story and those animating the show should be left to their vision, but one still needs to take into account the kind of vision that they’re bringing to the public when it has to do with the fans. The backlash from the fanbase of any show or franchise can be absolutely terrible when the fans become upset, but the fact is that trying to please them is tough and sometimes impossible, but it’s still an important factor when thinking about what to push. It sounds a bit childish to state that fans can’t just simply accept what they’re given, but when what’s given doesn’t match up to what came before there could be a big issue. One truth when it comes to the animation is that as things progress from year to year, animation methods have been seen to get better, crisper, and more impressive. Executing a slide backward is tantamount to telling the fans that the animators don’t care that much and are slapping something together to meet a deadline, or are catering to someone other than those that helped to make the show a hit in the first place. Or maybe this is all a lot of conjecture and people need to stop being so over-sensitive.