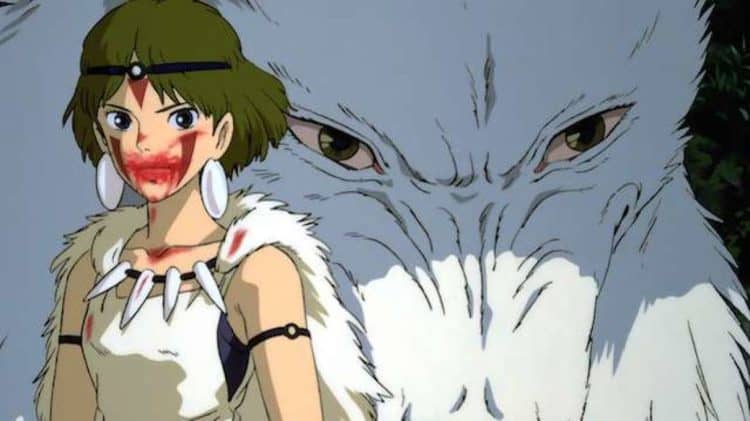 It might be a good time to bring Princess Mononoke back if only because it seems that it might send a few messages to those that watch and perhaps get their attention finally when it comes to our environment and our place in it. That kind of message has been relayed for years upon years now and nothing has ever really come of it, but the idea of quitting is too abhorrent to really discuss. Living in harmony with our surroundings has never been the unified way of humans but recognizing the harm that goes with living against nature seems to be slapping humanity in the face right about now. While the film is entertainment for the most part it is still filled with enough useful lessons that people should take note of and possible begin to apply to their everyday lives, as unlikely as that might be.

Should it be rebooted however the animation would need to be kept as close to the original as possible it would seem in order to avoid upsetting fans, of whom there are a lot. Ever since the mention of Princess Mononoke it’s been assumed that this reboot would be coming without question, but the idea of making it different or updating it in any way seems kind of against the whole idea of the story. Those movies that were written and produced in the 80s and anywhere around that decade are often considered treasured for the simple fact that while their animation is in many ways inferior compared to what exists today, it’s the story and the manner in which they were told that make them great, not just the presentation. If you were an 80s or even 90s kid then you know all too well what the animation was like back then and you can recall that upon growing up you might have wondered just why you were so into a story that seems so juvenile at this point in your life.

The magic of the story is what captures the audience, and when there’s nothing that’s been made before that could make it seem like anything less, then the story overrides all sense and allows people to forgive any and all failings in the medium. The same could be said for many animated features around this time as there were moments when the animation seemed sub-par at best and didn’t really seem to fit with the story or the actions of the characters at all. But if you remember, it didn’t matter. Most of us were so enthralled with stories such as this that pausing to think about what the animation was doing and how it wasn’t quite on point wasn’t a big deal. You didn’t want to interrupt the story since you were so into it that you forgave a lot of issues that came and went with the animation and in doing so your memory of the show was far more perfect than it actually was.

But stories like this tend to stick around for a while because there are just enough people that love them and want to see if there’s anything that can be done to either preserve them or allow other generations to see just how great they are. This is where the reboots and remakes come in. The problem with either is that at times the essence of the story can be lost for the entertainment value and the whole thing comes off as less than what it was when it was first released. Anyone remember the sequels to the Neverending Story? It might be a completely different tale but the point is that trying to make something into a new version of itself doesn’t always pan out and it tends to alienate the fans that came to love the original. The talk of reboots these days makes a lot of people cringe even as some folks cheer them on. The reason for this is that too many reboots don’t follow the source material close enough.

It’s true that some stories need to be updated in order to reach a younger audience that might not understand outdated references and even language. But given that this particular film is a period piece and doesn’t need to be redone in such a manner it would be a very bad idea to deliver a reboot that changed the main idea of the film in any way. If anything, Princess Mononoke needs to be kept largely as it is, but the animation might be cleaned up and the whole idea might be refreshed just to make it clear to people what they’re watching. At this point it would be a great story to push to the current generations of kids growing up, especially given the state of our world as it rests now.