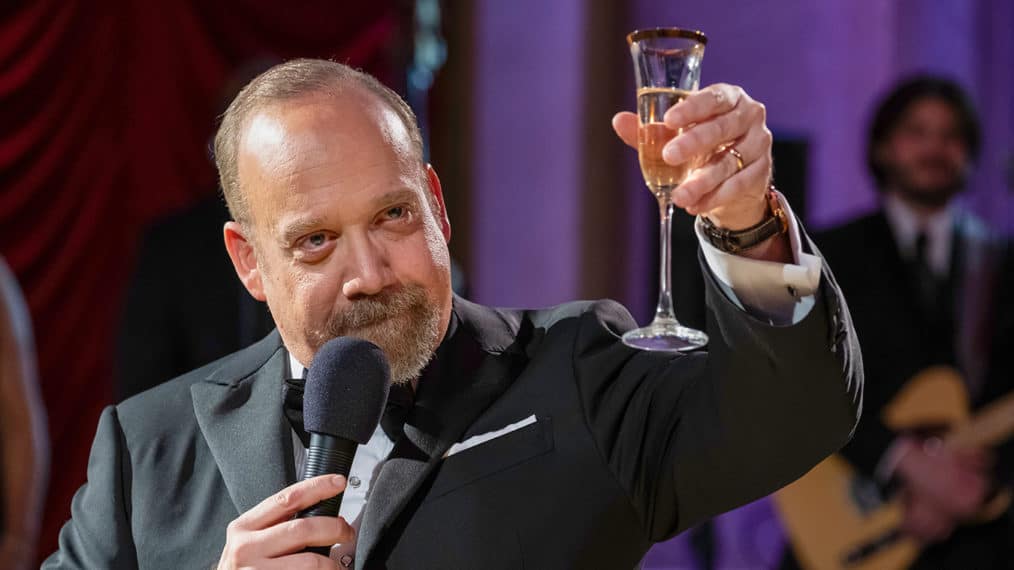 Whether you love or hate Paul Giamatti, one thing that most people should be able to agree on is that he can act with the best of them. He’s been around long enough to gain a reputation for being one of the best, and he’s managed to become someone that people will admit is an actor that can fit into a role even if it doesn’t appear to be tailor-made for him. The role of Chuck Rhoades is one that’s hard to like since even when he’s going after billionaires that are breaking the law he’s not exactly an easy guy to like. But when he decides to get his hands dirty, for the right reasons in his own estimation of course, it’s still tough to like him since Paul has a way of becoming the bad guy even if the justification is that he can’t go after the bad guys in full force without sinking to their level. It does make sense in a very messed up fashion, but at the same time it makes his character kind of tough to hang with for those with a strong sense of morality.

As crooked as some of the characters are in Billions it’s hard not to like them since there is a certain flair that some characters possess that endear them to the audience and make guys like Bobby a little easier to look at from a different perspective. But at the end of the day the easy path for a lot of audience members to take is that those who have made their millions and billions tend to be though of by the working class as crooked in every sense of the word. It wouldn’t matter if they were squeaky clean and helped their mother get to church on Sunday or fed the homeless, the perspective of many fans amounts to the idea that guys like Bobby are role models to look up to, while guys like Chuck are the jealous types that are seeking to take down Bobby and his ilk out of very guarded jealousy and every other negative emotion that can be named.

It doesn’t help when Chuck goes after Bobby and starts to make a few questionable decisions along the way until he finally ends up being just as bad as the guy that he’s trying to nail for one crime or another. But the fact that Chuck and Bobby might have found that their paths align for a time is kind of amusing really since it alludes to the saying ‘those that hunt monsters should be wary of becoming one’  (one variation among many). In other words, we tend to become what we obsess over at one point or in some way, and Chuck is one of those examples since hiding behind the smokescreen of ‘doing the right thing’ isn’t always as effective as people might think, especially considering the laws that are bent or broken in the process. Chuck is the kind of guy that will get down in the dirt and play at being the nastiest rat in the bunch when it comes to how he’ll go about gaining information, as has already been seen. But he’s also the guy that will obviously go all-in when he feels the need.

There have been a lot of characters like Chuck Rhoades in TV, the obsessed type of individual that wants, needs, to pin down the object or person that they’re after in order to feel some sort of satisfaction that will give them a bit of closure in the matter, and Bobby started out as Chuck’s. Things have changed throughout the course of the show of course and it’s fair to state that Chuck became something of a surprise to a lot of people at one point, but the fact is that he’s a character that can’t help but follow the trail once he’s picked up the scent, metaphorically speaking, is more than evident. The obsession that this causes is such that it was only a matter of time before he stepped over the line and did so willingly in order to get what he wanted. But then things changed again, as they usually do, and for Chuck, things are bound to get better before they get worse.

Some might think that’s a little backward, but with the alliances and doublecross’s and everything else going on it’s fair to state that those thinking they might be above and ahead of their opponents it’s a fair assumption that they’ve been played, outmaneuvered, or even tossed a red herring to follow. Watching as the show moves forward is bound to be kind of interesting since figuring out who’s getting one over on who and who will be standing at the end is intriguing. Chuck Rhoades might have actually bitten off more than he can chew.