Home
Entertainment
What’s Next For Stephen Amell Now That Arrow is Over? 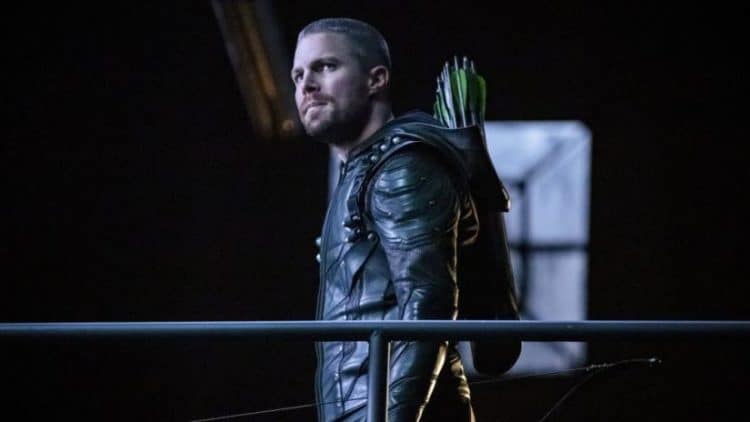 Eight seasons is a long time, and television shows that get that far are usually the ones that have truly captured an audience. It seemed so long ago when the idea about a Smallville spinoff first hit the tables. The project of a Green Arrow show began to finally take shape in 2012, and actor Stephen Amell was cast to play the lead role in the series they had started to call Arrow. Hiring a new actor instead of going the route of a Smallville spinoff allowed the developers to really be able to chart their own course in the telling of Oliver Queen’s story. It’s funny how things end up sometimes; it turns out that the show ended up with the perfect actor to play the part.

By the time Amell got the lead role, he had already been acting on television for a few years. The Canadian actor started his career in 2004 with small roles in Canadian TV. He also dabbled in film throughout his career with about 8 films total on his resume. When he finally crossed over to American television shows, people started to take notice of Amell. Some of his best-known appearances include CSI: Miami, NCIS: Los Angeles, The Vampire Diary, Hung, New Girl, and Private Practice.

The first lead role Amell got was actually Arrow, and he played the title row up until the show’s final episode. There’s so much to say about the importance of Amell’s role because it was the one that started of an entire creative universe for one network. There’s a reason why Arrowverse is called what it is; it’s because Arroww as the show that spawned it all. Had it been not for the success of Amell in the role, we might not have ever had all the other shows that came after his: The Flash, Supergirl, Legends of Tomorrow, and now Batwoman.

So much has happened in the CWs little superhero universe in the last 8 years. We’ve seen so many storylines unfold and tied up, revisited and destroyed. We were introduced to many characters we loved or hated. We got a slew of shows that became integral part of Arrow’s storytelling. We saw incredible crossovers that made us all wish none of them ever had to end.

Unfortunately all good things must come to an end, and now is probably the perfect time for Arrow to finally close the curtains. The story of Oliver Queen has come full-circle in a good way, and the character has established enough of a legacy for the CW to keep building upon. We’re just now left wondering what’s next for the superhuman that played the title role–Stephen Amell himself. We’re all aware of how incredibly talented Amell is. He’s probably one of the most well rounded actors of his generation on television. Truly, his role had it all–action, drama, suspense, thriller, comedy, romance, political themes, supernatural themes, family themes, and so much more. So we all know that Amell can probably do anything whatever may come his way in the future.

In an interview with Comicbook.com in May 2019–roughly a year before the show actually ended and after having known already that Arrow will end after season 8, Amell stated that he’s likely to take a break after all is said and done. Amell and his wife, model Cassandra Jean, bought a house in Los Angeles after moving there in 2015. Since then, he’s never really spent any time in the property, and he mentioned wanting to just taking some time to spend there. In addition, Amell also mentioned that if he were ever approached to play a DC character again, he’d like to play the villain next time. We can totally picture the actor playing the bad guy–again, he can really pull off anything.

Fast-forward to a year later, and Arrow is now officially over. We see that he’s definitely not slowing down or taking any long breaks anytime soon. He’s currently finishing up a short film project titled, Speech & Debate. Amell’s wife directed the comedy short, and it also featured actress Aisha Tyler.

Apart from that project, Amell dove right into another series. This time, he’s taking one of his passions straight into the screen. It’s long been known that Amell is an avid professional wrestling fan. He’s even appeared in quite a few WWE segments in the past, and it was clear when he did that he somewhat belonged. Amell is currently in pre-production for his next series, Heels. Heels will be a Starz wrestling drama series, and it will feature Amell as the lead character for the show. His character, Jack Spade, is part of a family that owns and operates a wrestling promotion company. For the show, Amell is actually taking the title role again because he will be the “heels” in the situation–that’s wrestling lingo for the bad guy or the villain.

So technically, Amell is somewhat getting to play the villain in a series. We will see him be the foil to the good brother, Ace Spade played by Alexander Ludwig. Ludwig is most known for his role in the hit series, Vikings.

It’ll be interesting to see how long it’ll take for us to adjust to Amell playing the villain instead of the superhero. He’s been the superhero for us for about 8 years now, and it’ll be a real challenge for the actor to convince his fans that he’s no longer the beloved Green Arrow. It’s also going to be interesting to see how complicated Jack Spade’s character would be. Amell is very much familiar with complex characters, since Oliver Queen is probably as complex as any TV character could get. We’re just glad that he’s able to mix two things he loves into one–wrestling and acting. That alone is worth seeing.

For now, Amell is working on projects and focusing on his family. There’s probably no better way for him to move on from such an amazing television run apart from just keeping the run going. We’re all waiting to see how far he could go. And seeing how Amell is with everything he does in life, we’re sure that he’ll be going pretty far.

Did Shia LaBeouf Tarnish His Legacy?