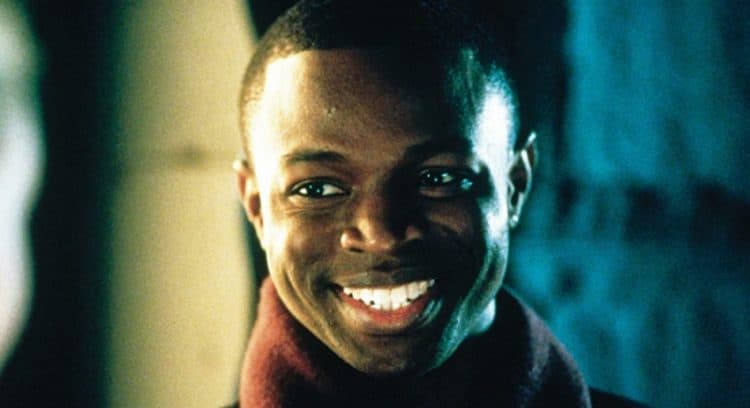 Sean Patrick Thomas kind of felt like a guy that would be great as a supporting actor and someone that fans might be able to notice without fail, but being the lead has been kind of an elusive trait that hasn’t always come around in his favor. Save the Last Dance was probably one of the only big roles that he’s had in the movies that panned out, while a lot of his smaller roles have been entertaining but have also played to his strengths since he’s a convincing actor, but keeping him around for too long makes it feel as though he should have a greater skill set and possibly a much more important role to take on. His skill level is great enough that he can take on the lead role, but finding one that will force him out of his comfort zone and into something different appears to be a little difficult since if one takes a look at his filmography they’ll see that he doesn’t exactly stretch his boundaries that often and might need to think about really taking on a different movie or TV role if he really wants to be seen as a versatile actor that can do anything he puts his mind to. There’s no insult meant towards the actor when saying that he’s a bit limited in what he’s been able to do, especially since he’s still going at the age of 50 and still has a lot of ability left. But it would be nice to see him take on something far different than anything he’s done to date.

Quite a few actors try to diversify as much as they can throughout their careers, and to give him some credit, Sean has taken on a role in a couple of horror-driven projects such as an episode in American Horror Story: Asylum, and Dracula 2000. But if you’re thinking that this isn’t quite enough then you’d be correct since, to be honest, those were fairly small roles that didn’t really stretch the abilities he has, and saw him come and go pretty quickly, as he didn’t last nearly long enough to add that much to the movie. At this time he’s still working, but it does feel as though he’s pretty well set in the course that he wants, which isn’t horrible since he’s a decent actor that does bring a good deal of experience to a project and can take on a dramatic role just as well as anyone else. But it does appear that his star has dimmed over the years just a bit, not to the point that he’s become someone that’s willing to take just about anything, but definitely to the point that people aren’t talking about him continuously. That might be kind of a blessing for some actors who enjoy being able to go to work and then go home without having to schedule mass numbers of interviews and worry about the paparazzi or fans giving them a headache about this or that.

One interesting thing to note is that Sean does like to know about the part he’s playing in a movie or on TV from front to back, which is advantageous since it does make him appear far more knowledgeable about what he’s doing. For instance, his time in the Barbershop movies was easier to accept since he wanted to learn what it meant to give someone a haircut, and while he learned a few tricks of the trade over the course of the movies, he learned one of the most pertinent bits of information, that there is no perfect haircut. Being impressed by the guy isn’t too hard since he is a hard worker and he does exemplify the working man on set, since he wants things to look right, feel right, and wants to give people a great performance, but it still feels that he’s in need of a ‘wow’ factor that might set him apart from many others around him, something that can elevate his game to a level that might see him as leading role material more consistently. It might be that he’s content where he’s at, which is all well and good since a person tends to know when they’re happy, at least we hope, and content in their surroundings. It could be that he doesn’t want the wow factor, that he’s found his niche, and that he’s good with what he has, which would be admirable and even worthy of a good deal of respect. But from a fan standpoint, it does feel that if he did want to elevate his career, and that’s a big ‘if’, that he would likely need something a little extra to get him there. What that might be is hard to point out, but it does feel that a bit of a push in the right direction would make his name even bigger than it is.