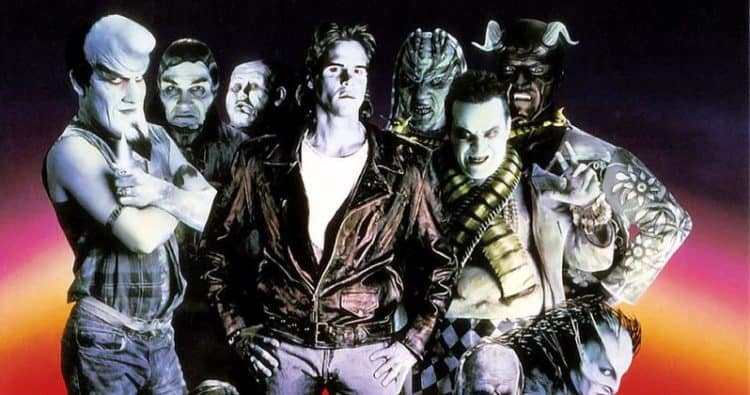 It’s been a while since fans were given a good look at the denizens of Midian, but considering that the hidden city was destroyed in the movie, one has to wonder if this Clive Barker classic is going to be revamping the entire story to deliver it in a manner that will be new to those that have never experienced it before, or if it will be pushing forward in order to show something new. All that’s really known at this time is that the move is being turned into a TV series that will be featuring the same story and pushing it in a direction that’s hard to say at the moment. To be fair, it’s hard to say just who still remembers this story since it was popular when it came out in the 90s, but through the years it’s difficult to state just how many people have kept up with it and thought to themselves just how great it would be to see it return. This particular project has been in the process for a while now it sounds like, but how it’s going to turn out is difficult to state since Clive Barker’s hits, and he does have a few, have had the kind of issues that other authors have had in years past when it comes to seeing their work represented on the big or small screen. The ideas don’t ever appear to come through in a way that’s quite as effective as the book, largely because certain parts of the story somehow aren’t represented in the way that people might want.

With this particular story, there’s also the feeling that turning the monsters into the sympathetic characters is bound to divide a lot of people since more often than not people are more willing to see monsters as the villains, the things that go bump in the night, and the things that are bound to tear people apart. Putting a different twist on movie monsters is something that has been popular for a while, but is still a very touchy subject with some people. In the case of Nightbreed, the idea of who the real villains and heroes are sometimes becomes blurred since the monsters can be those that might pass as normal to anyone else, while the heroes are those that look like the stuff of nightmares. Clive Barker is definitely one of those that has managed to create a wide and very expansive world that has drawn in a large number of readers, but as of yet, his visions haven’t been realized fully enough on the screen where people want to see them. This is a continual problem between books and movies, and TV shows, the transition is a rough one that facilitates the need for change more often than not, and those changes aren’t always going to be what people want to see.

But in the case of Nightbreed, it will be interesting to see what’s done with the overall story and how it will be pushed to the audience since a lot of people these days don’t know much about Nightbreed, and will no doubt look at it as something new and possibly exciting. With another Barker classic, Book of Blood, already out and being viewed by so many, it’s fair to say that Nightbreed should have a decent chance of becoming something that will continue to scare and entertain fans. For a long time now Clive Barker has been known as another name in the horror genre that is highly effective and is able to challenge the beliefs of the readers, and it’s a big hope that this will translate well to the small screen when it comes to Nightbreed. The story itself is insane but fun enough to the point that it should be able to translate quite well, and the effects in this day and age should be easy to come up with since if one looks at Lord of Illusions, another Barker classic, it wasn’t too horrible back in its day, and it was released back in the mid-90s. Nightbreed should be able to pull off a pretty impressive showing if given over to the right cast and crew, and a lot of people are likely hoping for this since it’s a story that could manage to gain a great fanbase seeing as how people have responded well to horror shows in the last several years.

It might be a while before we get to see it since nothing’s been confirmed apart from the idea of creating a TV series, but at the very least it’s something to look forward to and there will be enough time for people to watch the original movie and possibly even read the story that inspired it. We’ll have to wait and see if the TV series shows any promise.