Home
Movies
What Movies Get Wrong about The 44 Magnum 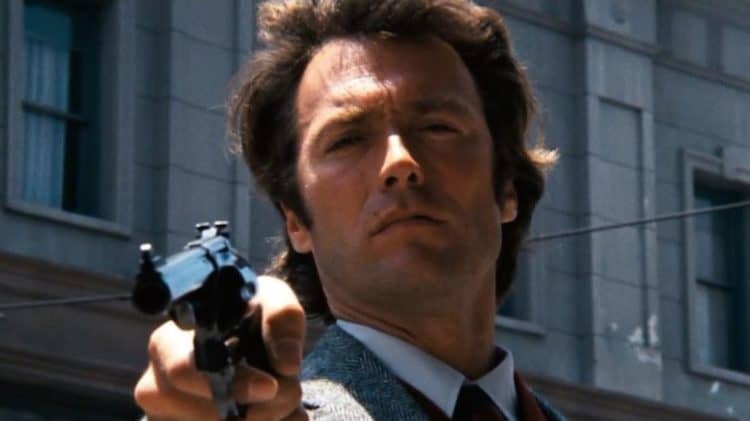 Like it or not, people are bound to believe that some things they see and hear in the movies are real until someone comes along to set them right. One thing that’s a little irritating, among many things, is what people will believe about guns in the movies. The .44 Magnum, for instance, a gun that was made popular by the Dirty Harry movies, is something that has a good deal of truth to it but is still misrepresented in the movies quite a bit since the need to look cool and be impressive sometimes trumps the need to tell the whole truth of what it can do. It’s a gun, so yes, it can do a lot of damage in the right hands, but there are still limits to what any gun can do since not only is it made by human hands and therefore fallible in some way, but the fact is that Hollywood has an interest in making certain that everything look and sounds a lot more impressive than it does in real life.

Here are a few things that the movies get wrong about the .44 Magnum.

5. It can blow a human head off. It’ll take a good chunk out of it, but otherwise no.

The types of weapons that will blow a human head aren’t going to do it in a smooth manner, but there are in fact weapons that will decapitate a human head with a single shot. The Magnum isn’t one of them, however, but it will blow a sizeable chunk out of a human skull to be sure. The idea of stating that a gun can take your head off with one shot is more to intimidate people than anything. A weapon that can take a person’s head off is bound to have a lot more force than this handgun, especially considering that such a weapon probably would put a person on their butt if fired.

4. Unless you’re strong or exceptionally sturdy the gun will knock you off of your feet. The kick might surprise you, but no.

It’s not something you’ll want to use for target practice, but the .44 Magnum doesn’t have the power to knock a person on their butt. It’s very possible that if you’re not ready for the kick that it’s going to hurt and that you’ll have to refrain from doing this too often since it could cause some damage to your hand if not used properly. But any weapon that has the kind of recoil that can catapult someone off of their feet is bound to do a lot more damage than simply knocking someone back since that type of recoil is bound to be felt in other ways. With this handgun, the kick has force to it, but not as much as the movies might indicate.

3. You have to cock the gun to fire it. Nope, just pull the trigger.

Cocking the gun is usually done in the movies and on TV for dramatic effect. Once the gun is loaded it’s ready to go and doesn’t need a lot of extra help to propel that bullet from the chamber. It might cost an extra portion of a second in terms of firing time, but otherwise, a gun doesn’t necessarily need to be cocked in order to fire. Load the bullet, take the safety off, and pull the trigger. For this handgun and other firearms, cocking is something that leaves no doubt that a character means business, but it’s also a dangerous way to go about things in the movies and in real life since this is when you need to be ready to fire or keep your finger off the trigger.

2. A person can shoot just as well with one hand as with two. It’s best not to try.

With something that has enough force to it that one can feel it, shooting with one hand isn’t that wise since it can throw off your aim and even cause harm to your hand if things go wrong. Using two hands isn’t always how they do it in the movies, but it’s how a lot of people teach proper gun safety since it can help to improve your aim and keep you safe at the same time. It might look cool and even professional, but it’s not the best practice for beginners.

1. The gun will never jam or break. There are plenty of experts that might laugh if someone said this to them.

Guns are made by human beings and as such they’re able to have faults in them, meaning that a shell could jump at the wrong moment or another mechanical issue could crop up that would render the weapon useless. Thinking that a handgun isn’t going to jam that often is pretty common, but it can and does happen from time to time.