Home
Television
What is Website KissAsian and Is it Legal? 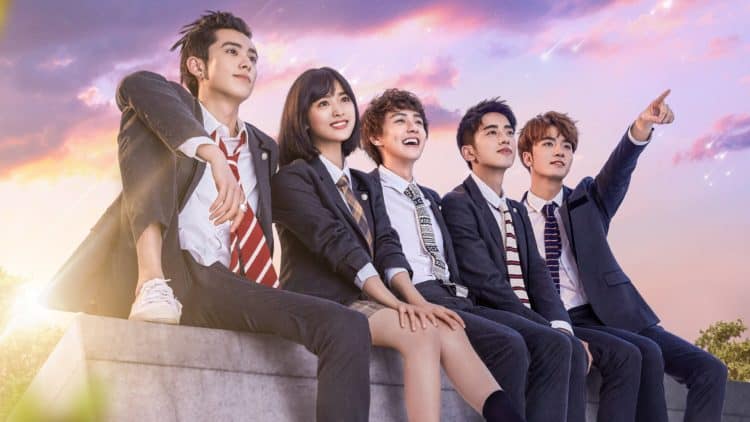 It’s becoming a trend it seems to download, pirate, and watch content illegally in the world at this point and Americans are not the only ones that take advantage of it since KissAsian is another website that has been found in violation of downloading and sharing property that is not theirs. The site has been shut down at this point for showing material that belonged to ABS-CBN, a company registered in the Philippines that is the largest cable provider in the country and is also not going to take someone infringing on their intellectual property lightly. Like many other sites before it so far KissAsian seems to have been subjected to a swift kick in the profits when it comes to their attempts to do something that people should have learned their lesson about by now.

The reason for sites like this popping up could all be due to elaborate scams by the legitimate companies that swoop in and decide to take them out, making them seem like the good guys as they decide to care about their customers and their well-being when it comes to entertainment, but that sounds a bit farfetched even for the real world. It’s not completely out of the question since it would put the companies in a good light with the people that depend on them, but the idea of someone finding out and then accusing them of this fraud would be too great. That’s why it’s so much easier to think that sites like KissAsian are simply those that are trying to make a few bucks and are scamming off of those that are already well-established while trying to stay under the radar as much as possible.

A big problem with that however is that it’s almost impossible to stay under the radar these days when it comes to technology since you almost have to go off the grid and find a way to reach the customers you’re seeking or find a way to slip into the system you’re attempting to short-change and siphon off their business in a way that they’ll never notice. A lot of it has to do with crunching numbers and hiding information that might otherwise be used to disrupt one’s budding business, however illegal, in a big way. Obviously KissAsian didn’t cover their tracks well enough as they were found out and had their site cancelled and likely had to pay some sort of reparations. The idea of tricking a much bigger company and attempting to get away with it isn’t as easy as it used to be since a lot of companies keep a much tighter rein on their business in the modern era and don’t allow for a lot of mistakes.

From a personal standpoint it’s hard to fully condemn a site like KissAsian since quite honestly those that developed it were those trying to eke out a living and make something that would help them to prosper and create something that people would enjoy and possibly come to see as a useful service. The only problem was thinking that they could leech off of an existing company without the necessary permissions. Even if they did obtain them it seems that they might have neglected to think about something as a big company doesn’t just up and stomp out a smaller site without a good reason. The idea that anyone could start taking business from a competitor without first being named an actual, legitimate business is kind of laughable since it’s akin to a mosquito buzzing in your ear, trying to get your attention. Chances are you’ll swat the annoying pest before it gets the chance to fully harm you even in the smallest of ways. And even if it does land and starts to suck up what it needs to survive the act constitutes a direct challenge and thereby a direct response that KissAsian likely felt as a humongous blow when ABS-CBN decided to have them shut down.

That’s the one thing that smaller sites online don’t ever seem to realize when they decide to try and challenge the bigger, more established companies. Unless you can find a way to be seen as a legitimate business then there’s no way that anyone is going to take you seriously. If you decide to go rebel and try to take on the big companies without any insurance to speak of in terms of whether you can stick around or not once they notice you, then the smaller company is almost always going to lose, especially if they’re attempting to siphon off the business of those that have been established for some time. So to sum it up, KissAsian was not operating legally and as a result they got shut down pretty hard. That’s what happens when you challenge someone bigger and can’t back it up.

1. Q: How do you block ads on Kissasian?

A: One of the most common complaints about KissAsian is regarding the ads that stream endlessly on the site. They redirect users to other sites. This is one of the ways that KissAsian receives funding and if you want to continue viewing the site for free, you’ll need to put up with the ads. The only way to block these troublesome ads is to download an ad blocker app called AdLock which is offered for a 14 day free trial.

2. Q:Are there serious issues with the rapidvideo link?

A: Multiple users have had issues with the rapidvideo link. There are times when it doesn’t work properly and this can go on for extended periods of time. There is a link that you can follow to give you more information on how to download and watch certain dramas on your list when the rapidvideo link is either running too slow or not working at all. You can find more at: http://mydramalist.com/discussions/general-asia-forum/27927-kissasian

3. Q: Which is the real KissAsian site?

A: There are several sites that offer KissAsian content and it can be confusing at times. These have been created to help bypass some of the technical issues that the site has been experiencing such as links that don’t respond and overloads on the server. The original site is still the “real” site but unfortunately, it is not always functioning properly and is in need of updating. KissAnime.ru is the only official site but it redirects to the “sh.”

4. Q: How do you get K points for ad free browsing on KissAsian?

5. Q: Is the KissAsian site safe to watch kdrama? It’s been rumored that they target viewers and install malware to obtain personal information.

A: KissAsian does not do this but the cloned and fake sites are the ones that do. You need to be careful about using cloned Kissasian sites.

6. Q: How do you disable the subtitles on KissAsian?

A: There is no way for you to turn off or disable the subtitles that appear on KissAsian. The only time that there is no subtitle is when the drama has recently been posted on the website.

7. Q: How do you chromecast on the kissasian.com servers?

A: If you’re using Android, you can use openload or an app called Tubio and this will allow you to cast videos on any website.

A: Error 520 is common when there are a lot of users logged into the site. It means that it is really crowded with people and the servers are overloaded.

9. Q: How do you get past the bugs with the streams on kissasian?

The ads are interfering with watching shows. It’s really annoying and it causes the quality to go so far down I’m considering not using the site any more.

A: The ads in kissasian are causing this to happen. If you are using chrome, then install extensions “ublock origin” to block the ads.

10. Q: How do you disable the ad block detector that they’ve recently installed on Kissasian?

This has been working for several users who receive notices that tell them to disable ad block. Kissasian makes money off of their advertisements so they are constantly attempting to stop people from disabling or blocking the advertisements.