Home
Movies
What a Russo Brothers G.I. Joe Reboot Would Look Like 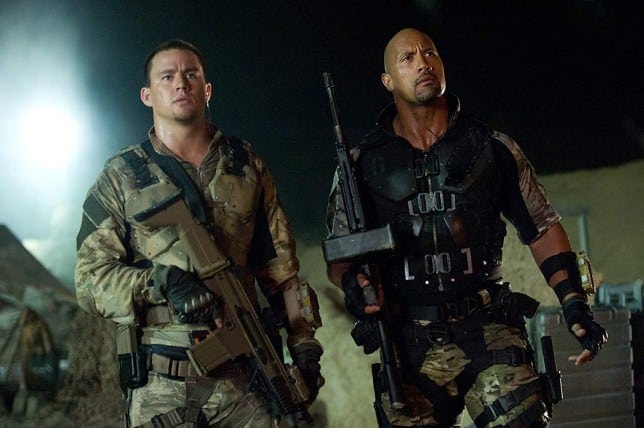 So far what a G.I. Joe reboot would look like is basically something that’s action-packed and has the ability to wow the audience while bringing a good amount of star power to the roles we’ve become used to while taking on a different enough appearance given the actors that are coming to the screen if the rumor being spread by D.J. Rivera of We Got This Covered and others are real. The rumors of course are that the Russo brothers are being courted to take on the project and do something with it that so far hasn’t been accomplished yet. While the last two G.I. Joe movies actually did okay in the box office they were still deemed as close to flops as possible since they didn’t bring the returns that the studio wanted. Cry a tear later but for now realize that what is being thought of as the Russo’s ace is that they’ll be bringing more star power to the movie in order to bolster the chance that it might be better received this time and possibly pull down the kind of numbers that will make the studio proud. Now take into account just who was on the list the first time around, such as Channing Tatum, Joseph Gordon-Levitt, Marlon Wayans, Dwayne Johnson, Ray Stevenson, and several others that have been widely recognized by those that watch their movies. How much more star power is G.I. Joe going to need to create the kind of success that is desired? Wasn’t having Johnson on the cast supposed to really get people pumped for the second movie? Stating that more star power was being brought to bear was kind of a silly idea to mention really unless the Russo’s are bound to make the G.I. Joe reboot another Endgame-type of movie in which the Joes unite en masse to combat the growing threat of Cobra.

But again we have to remember the first two movies since in the first movie the good guys won after a pitched battle, while in the second movie the bad guys ambushed the Joes and took over America as a result of having their own man supplant the POTUS thanks to the ability he was given to mimic anyone’s voice and appearance. We even got to see the feud between Snake Eyes and Storm Shadow play out once again, only this time with Storm Shadow joining the good guys to help combat Cobra in an attempt to kick them out of the oval office and back into prison where they belonged. All in all the G.I. Joe movies have gone for the gusto and have possessed the kind of star power that usually gives any movie a big kick in the butt to get going. Maybe it wasn’t the right time for the movies to come out, maybe some nostalgic moments just aren’t that great to begin with, or maybe it’s because that there are just so many characters on either side that people really don’t know who they’re going to see since in the first movie we saw the introduction of Duke, who a lot of people know, and of course, Snake Eyes, who is a fan favorite and has been for a long time now.

Let’s be honest here, there are only a few Joes and Cobra figures that people really care that much about, and everyone else is kind of considered as an extra. When you look at the G.I. Joe roster you’ll see just how many characters there are and how impossible it would be to get them all into anything other than a trilogy or a series of movies that would be designed to lead up to one big movie eventually. How the first two movies went about picking and choosing who to use is kind of unknown but at the very least they picked out some of the most well-known individuals while likely adding a couple in to round it out a bit. Even Brendan Fraser managed to get in the movie for a couple of lines before disappearing completely. But if the Russo’s are going to look for bigger star power than Dwayne Johnson it’s going to be hard to fathom just who they would select and whether or not it would work in the eyes of the fans. Mark Wahlberg has already been tapped to play Duke apparently, while Henry Golding will be taking on the role of Snake Eyes, who has a spinoff movie coming eventually it sounds like. How this is bound to go is anyone’s guess at this point since the first two movies weren’t godawful but they did lack a little bit in the way they were presented. This time around it might be necessary to make the fans think that there’s actually a sense of loss that could occur that will spur the Joes on to a well-deserved victory.