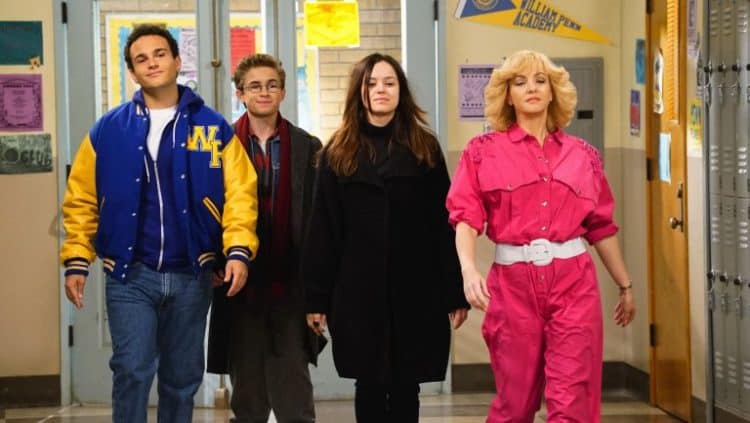 Wendi McLendon-Covey is one actor who graces our screens today. She has been in the acting industry for long and has made significant contributions. Many people know her for being in the cast of “The Goldbergs.” She is one actress who knows what she is good at chooses to do it perfectly. Despite having a rough time with depression, she remains determined to give her best. Wendi is also choosy when it comes to diets. She seems to be particular about the things that keep her moving. Apart from acting, Wendi loves socializing and making people feel loved. Get to know more about the actress by checking these facts about her.

1. She is a graduate of California State University

2. She has a lot of food allergies

Wendi is not the kind of person that consumes all foods that comes her way. In an interview with My Domaine, Wendi says that she has a lot of food allergies and has to find ways of dealing with them. Wendi has to google frequently for the best diet that will be okay with her. One of her favorite food is a ketogenic recipe, and she also eats a lot of fat. Wendi believes that taking food with a lot of fats burns the fat in the body, which, to most, is entirely counterproductive. She says that the ketogenic recipe allows her to sleep better since she was an insomniac before discovering it. Wendy says that dessert is not a course that she enjoys.

3. She has been battling depression since she was a kid

Wendi has been a victim of depression since she was a kid. When she was 20, she saw that there was a need to take medicine to ease the condition. The drugs worked well for her, but due to the side effects, Wendi was not happy. The medicine mainly made her sleep several times a day to the extent of missing classes when she was in school. Wendi even went ahead to sleep while in her car. She was afraid to tell the doctor who prescribed the medicine about the effects and finally decided to abandon the drugs at 28 when she found another cure for her depression.

Wendi is worth $5 million. The primary source of her income is her acting career. Apart from acting, Wendi uses her popularity to participate in the endorsement of products. According to Top Planet Info, Wendi was part of the campaign for Hillshire farm. She also makes use of her social media to advertise brands such as Zara, Aldo, and Iris.

Wendi’s favorite band is Steely Dan. She is also a fan of beauty products and loves Nutiva Hemp oil, Eyelash Enhancing Serum and Argan Cleansing Oil. These beauty products are the ones that Wendi always carries in her handbag. She also must love reading because one of her favorite spots in New York is the New York Public Library.

Wendi was a winner of the Commie Award in 2011. She was part of the Los Angeles Comedy Shorts film by then and managed to emerge the best. She was excited about the award, and it remains one of her happiest moments. Winning the award made her more famous, and she was invited for many other auditions. Luckily, she did well in most auditions and was part of the cast of many other plays. She is now dominating the acting industry with her excellent performance.

7. She is married to Greg Covey

Wendi is married to Greg Covey. She is in a happy marriage as she says that she has all the reasons to smile because of her husband. According to the People, Wendi’s husband makes her blissfully happy. Of course, with a man who makes breakfast for her each day, Wendi must be the luckiest woman alive. She has no reason to wait for Valentine’s Day to celebrate their love because each day to her is a special day.

8. She loves her on-screen husband

Wendi is in part of the cast of “The Goldbergs,” where Jeff Garlin plays the role of her husband. Jeff is the reason why she is ever in a good mood, whether on stage or not. She says that she had to laugh for nearly ten minutes because of the stupid acts that Jeff does on stage. Jeff has a habit of disrupting things whenever he feels they are moving too slow.

Wendi is not the type of person who always has a yes for an answer when confronted by a question or opportunity. In an interview with Art Hive Media, Wendi says that she has the right to say no whenever she wants. As an actress, Wendi does not need to take everything that comes her way.She believes people are not gods to whom we should pledge our allegiance.

10. She participates in various charity events

Wendi is a philanthropic actress who has made several donations to assist children and people living in poverty. During one Christmas, she was discussing with her family on how to make the day a success. They decided to buy presents and gift each other on that day, but Wendi finally decided to divert the money to charity. She gave the money to a school for homeless students and youths that were near their place of residence. She likes to assist people and has a foundation that identifies the needy and contributes towards giving them a comfortable life.