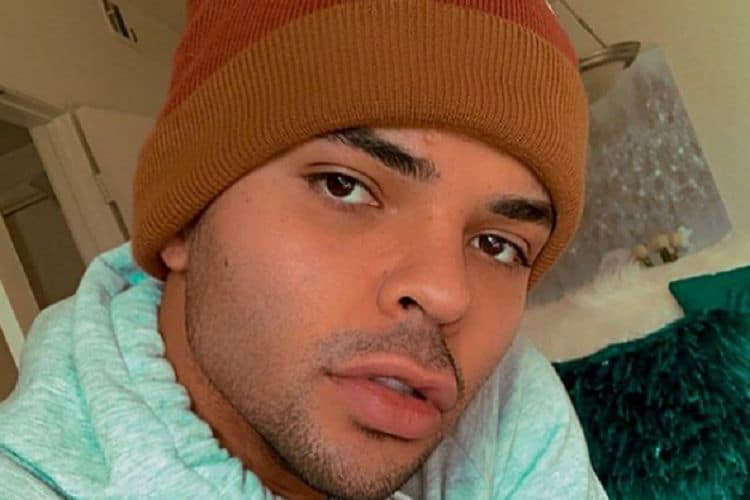 With her big personality, monster cookie habit, and memorable way with a catchphrase, Vanessa Vanjie Mateo is one of the most popular queens to have come from RuPaul’s Drag Race for years. Next set to appear as a mentor on RuPaul’s Celebrity Drag Race, Miss Vanje’s career just keeps getting bigger and better by the day. Find out more with these 10 fast facts.

1. The Birth of Miss Vanjie

Mateo was born JosÃ© Cancel in Tampa, Florida, in 1991. Cancel’s first adventures in drag came when Drag Race season 3 icon, Alexis Mateo, hired him as a backup dancer. The two formed a close bond — close enough, in fact, that it was Alexis who eventually decided on Cancel’s new drag name. After deciding Cancel looked like the human form of “Ursula” from Disney’s “The Little Mermaid”, Mateo christened him with the first name of Vanessa. Vanjie started life as Banjee (named after Cancel’s “Banjee attitude”) but became Vanjie after Mateo struggled with its pronunciation. Mateo came from… well, Mateo.

Mateo’s first experience of Drag Race ended in bitter disappointment. Apparently, lip-syncing to Christina Aguilera’s “Ain’t No Other Man” while Aguilera herself looked on from the judge’s table proved too nail-biting a challenge; with no chance to redeem herself, Mateo was the first queen of season 10 to say goodbye. “I was just really sad and just disappointed ’cause … there was so much more I had to offer,” she later told Bustle. “I just wanted to have fun and I was so excited for everything that was going to come up with the show, so it was just sad.”

Sometimes, it takes a mother to pick you up, dust you off and put you back on your feet after a fall. In Mateo’s case, this couldn’t have been truer… although it wasn’t her biological mother that helped her come to terms with her Drag Race elimination, it was her drag mother, Alexis Mateo. “Don’t worry about it, “Vanessa remembered Mateo telling her. “You have so many opportunities to make these people fall in love with you. Just work hard and don’t let it make or break you … you can do something after [Drag Race], you just have to work.”

As Mateo backed off the stage after her first (and as it turned out, last) lip sync challenge of season 10, she uttered the words “Miss Vanjie… Miss Vanjie… Miss… Vanjie.” The phrase quickly caught on, with fans working it into memes that were later used in clips for everything from The Simpsons and PokÃ©mon to Grindr and The Shining. The YouTube channel, MsMojo, even made a top ten compilation of the memes, making Mateo the first-ever contestant to feature exclusively in one of their videos. Even RuPaul himself couldn’t resist getting in on the action, choosing to walk the Time 100 Gala red carpet wearing a very snazzy looking “Vanjie” necklace.

On January 24, 2019, Mateo’s fans were left thrilled when it was announced she’d be making a return to Drag Race in season 11. This time around, Mateo proved far more successful, getting all the way to the penultimate week before she was finally eliminated by Brooke Lynn Hytes.

Like many Drag Race contestants, one of the first things Mateo did after leaving the show was to head straight for the recording studio. Her first single, “I’m Vanjie”, dropped on June 21, 2018. Although she’s been quiet on the music front since, she’s clearly been making friends with some of the industry’s heavyweights, appearing both on stage with Iggy Azealia and in several of her music videos from 2019.

In May 2019, conservatives got themselves in a tizzy after Mateo partnered up with Chips Ahoy to record a special mother’s day message. The 46 second Twitter commercial showed Mateo urging viewers to buy Chips Ahoy! cookies to share with “your real mama, your drag mama, whichever mama, somebody, whoever taking care of you, whoever you feel or consider your mama.” Suffice to say, bigots didn’t appreciate Mateo’s cameo, taking to Twitter in their droves to make their feelings known.

Fans of Drag Race were left besides themselves when Mateo’s relationship with fellow Drag Race contestant Brooke Lynn Hytes became public knowledge. “It happened naturally and is another branch of this beautiful tree of RuPaul’s Drag Race,” Mateo told UPI at the time. “People get to see us meet organically, get to know each other, and date. “I’m going with the flow,” she continued. “Those kisses keep coming, I’m gonna keep accepting them if you know what I’m saying.” Unfortunately, the kisses stopped coming around 4 months later, with a busy work schedule blamed for the split. “We dated for about four months after the show, and we tried to make it work, but our schedules were just very different,” Brooke Lynn told RuPaul afterward. “He was traveling all the time, I wasn’t traveling at all, so we never really saw each other.”

If there’s one criticism you can’t throw at Mateo, it’s that she’s lacking in ambition. If she has her way, we’ll be seeing a lot more of Miss Vanjie over the years to come… and possibly in some very unexpected places. “I want my own Netflix series you know. American Horror Story is my favorite show and I am definitely trying to get myself on that show,” she revealed to Out Jersey. “Can somebody tell Ryan Murphy? I would love my own Netflix series too. Hustling is just naturally my nature.”

Should Colleen Wing Return In Iron Fist Or A Shang-Chi Sequel?

Whatever Happened To The Cast of Felicity?