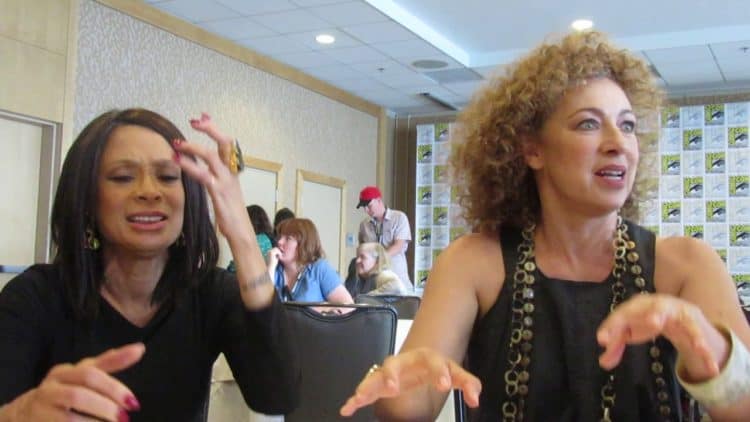 No matter what kind of movies or TV shows you’re into, there’s a good chance Valarie Pettiford has made an appearance in something you’ve seen. With a career that has lasted for more than 40 years, Valarie’s resume is stacked with appearances on stage, in films, and on TV. Throughout her career she has proven that she has the capacity to take on a wide variety of characters, and she’s done an excellent job with each one. Although most of her roles have been recurring or guest appearances, she has recently has a main role in two series: A Discovery of Witches andThe Family Business. Continue reading for 10 things you didn’t know about Valarie Pettiford.

Many people are most familiar with Valarie’s on screen work, but she’s also had a very successful theater career. She’s made several Broadway appearances throughout the years. From the beginning of her Broadway career, Valarie was widely regarded for her skills as a dancer.

The internet has completely changed the game when it comes to celebrities developing relationships with their fans. Thanks to social media, people can now easily connect with their favorite actors and athletes. Cameo is becoming one of the most popular platforms for people to do that. If you’re a Valarie Pettiford fan, you’re in luck. She is currently making personalized videos on Cameo for her fans for $25.

3. She Was Nominated For A Tony

4. She Got Her First Film Role When She Was Still In High School

Most high school students are thinking about things like prom and school sports, but even as a teenager, Valarie Pettiford had her sights set on something much bigger. She got her first role in in 1978 as a chorus member in The Wiz. Although the role wasn’t anything major, it was a great way for Valarie to get her foot in the door.

Valarie’s acting and dancing skills aren’t the only things she’s known for. She is also a talented singer who has released two albums: Hear My Soul in 2003 and Velvet Sky in 2012. Being a triple threat certainly leaves Valarie with a busy schedule, but she’s thankful to get the opportunity to do what she loves.

6. She Enjoys Interacting With Fans On Social Media

In order to have a career as long and successful as Valarie’s you need a supportive fan base. Valarie is well-aware of the support her fans have given her throughout the years, and she is very grateful. She loves to connect with her fans on social media as often as she can and often interacts with them over Twitter.

When most people are passionate about something, one of the first things they want to do is share that passion with others. That’s exactly how Valarie feels when it comes to dancing. On top of being a dancer and choreographer, she has also started teaching dance classes to the next generation of dancers.

Valarie’s role on The Family Business has been a dream come true in more ways than one. The opportunity to act is always something to be thankful for, but Valarie has always wanted to play a character like Charlotte Duncan. She told We Are Entertainment News, “I have always wanted to play a mob wife and to play the matriarch of a mob family. I just never thought I’d have the chance.”

Valarie is an undeniable legend in the entertainment industry. Over the course of her career, she has also gotten the chance to  work with some other very legendary people. In 2001, she played Mariah Carey’s mother, Lillian Frank, in the film Glitter. Unfortunately, the film ended up receiving poor reviews from critics.

10. She Is An Advocate For Social Justice

Valarie Pettiford is the type of person who isn’t afraid to speak her mind. While some celebrities shy away from sharing their opinions out of fear it’ll cost them opportunities, Valarie has been very vocal about her stance against racism and injustice. She has shared several posts on Instagram showing her support for the Black Lives Matter movement and the fight to en racism.