Undercovers ramped its game up this week, building upon the mistakes from the pilot and giving us more mystery as to the backgrounds of our two leads, who clearly don’t know each other the way they think they do.

A trio of armed men escort a group of business men to a science lab in the middle of the desert. One of the men makes calls an unknown person about making someone do something for them. Once the men escort their employers to the lab, the lead man John opens fire on them, shocking one of his partners named Bruce. After Bruce demands to know why John didn’t fill him in on killing people, John says that he knew Bruce wouldn’t handle it. Clearly, there is something deeper than partners here. The third man, Hollis Krueger, leaves to cover the front, while Bruce and John (mostly John) take out the lab technicians before claiming their prize, Dr. Nassir. The woman refuses to cooperate until John shows her that they have her husband. Dr. Nassir’s attitude quickly changes at this revelation…

At Blooms Catering, Sam and Steven bicker over an expensive coffee pot that Steven broke by not reading the instructions on how to operate it. Lizzy interrupts by announcing Carlton Shaw’s arrival.

Shaw informs them of Dr. Nassir’s kidnapping and that she has the talent to make micro-explosives on top of other technological advances. He gives them their suspects (John, Bruce, and Krueger) and announces that the trio worked on their own. Shaw then whines about the Blooms even being assigned to the case, which he declares “pains him deeply in the groin” since they are still rusty in their espionage… and can’t even fix a coffee maker. HA!

Sam informs Lizzy that she’s leaving again, which freaks the girl out. Lizzy feels that the Blooms are about to sell the business to the “hotel guy”, which could leave her without a job, forcing her back to alcoholism. Sam promises her sister that’s not the case, but worries about Lizzy’s stability. What’s going on with that?

Later that night, Sam and Steven pack and discuss the fact that this will be their first mission together. I guess last week’s mission doesn’t count? They decide to corner Hollis Krueger first in Turks and Caicos, with Sam as lead and Steven as back up.

Sam approaches Hollis Krueger and puts the charm on. He buys the seduction hook, line, and sinker. Hoyt enters the sting as a cabana boy and immediately grates both of the Blooms’ nerves as he is a bit too weird in his role. Gotta love the guy, though. He later gives Steven the tools needed to break into Krueger’s room and snoop around, which include a safe cracker and a tracking device. Steven leaves for the room while Sam keeps Hollis preoccupied. Meanwhile in Stockholm, Dr. Nassir is hassled by guards who rush her to finish the job. She informs them she will be ready by the end of the day.

Once in the room, Steven cracks the safe and finds an envelope with documents written in Arabic. Steven can’t read Arabic, although Sam does, and instructs her to lure Krueger back to his room. While he waits, Steven plants a tracking device in Krueger’s watch, which Hoyt tries to instruct Steven on activating it, but gets brushed off. I smell trouble down the line because of this.

When Sam and Krueger reaches the room, Krueger plants a kiss on Sam, which is where she draws the line. She knocks him silly, straight into the barrel of Steven’s gun, who is behind him.

The trio of spies interrogate Krueger, who plays dumb and blames everything on John Sidel. He claims that John sent him to deliver the Arabic papers to someone else tonight at a bar. After searching for the address on the envelop, Sam discovers that the papers are from John Sidel’s residence, which is in Caracas. Steven suggests Sam and Hoyt go to Caracas, while he stays behind and monitors the exchange. After Steven requests for Sam to not kiss anyone else while she is gone, the two enter their trademark banter, which is fueled by Hoyt wanting to stay with Steven instead of going with Sam. I bet this guy has more than a man crush on Steven.

After doing recon on the Sidel residence, Sam and Hoyt enter the home and encounter Bruce Sidel, who gives them a chase. Hoyt stops him with their car and the two interrogate him on what’s going on. Turns out that John is dead by Krueger’s hand, which also tried to take down Bruce as well. In short, Krueger is their real target. The sad part about this is Steven just lost Krueger in the bar. Uh oh…

Shaw is livid about Krueger’s escape, especially since Steven didn’t even activate the tracking device rght. Why didn’t he do that? Because he didn’t read the instructions. All together now: “D’oh!” Shaw has run out of patience and has decided to bring in Leo Nash to help activate the tracker and snatch Krueger. Steven is not thrilled about this, while Sam is indifferent. Leo is all smiles, because come on, he’s Leo!

After Shaw leaves, Leo tries to take command, but Steven reminds him that he is only there for tech and tech only. Lizzy enters the room with a quiche she made, which Leo uses as a tool for flirting. Steven drags him away, while Lizzy fawns over Leo’s charm. Sam declares Leo off limits due to him being an alcoholic and Lizzie being a recovery alcoholic, which won’t mesh. I smell a potential storyline with this scenario.

At the Blooms’ home, Steven tries to fix the coffee maker while Leo attempts to activate the track, which he says is in sleep mode, but it will take some time to activate it. Leo also notices that Steven has a some pent up anger towards him, deducting that it has something with him “doing sex with Sam.” He said it, not I. The two men then argue/bicker over who slept with who when until Leo brings up if Sam knows what was going on with Steven when the two quit the service. Steven sternly says it was because he and Sam wanted a normal life. Leo knows this is bull, but the tracking device activates, telling the two that Krueger is in Stockholm. Hmm…

Kruegar’s goons try out the first bomb, which packs a hell of a punch. Later, Dr. Nassir begs Krueger if she can see her husband, but he pretty much ignores her.

As Leo gloats about being on a mission with both Blooms for the first time, he mentions incidents from both of their pasts. They ask him to stop. After they pick up Hoyt, the group heads to the location, which is a ship at dock. After entering they find a wounded Dr. Nassir, who says Krueger shot her, but left no whereabouts of her husband. She does tell them Krueger went to a business summit which is not far from their location.

As Hoyt stays with Dr. Nassir, Steven, Sam, and Leo arrive at the summit and get news from Hoyt that Krueger has the bomb planted in his cell phone. Security has been collecting all phones at the metal detector entranceway. Sam sends Leo and Steven to find Kruegar, while she finds the phone, but boy she has crap load of phones to sift through.

As Sam finds the cell phone, Steven spots Krueger and proceeds to chase him. Sam takes the phone and run. Hoyt informs her of two red wires in the phone from Dr. Nassir before the woman passes out. Steven catches up to Krueger and the two have a brawl in the front of the building. Sam figures out that the correct wire isn’t a red one, but the sole black wire, which she cuts to deactivate the bomb. Phew! Leo shows up late as hell. Ass.

Shaw informs the Blooms and Leo of the aftermath of Krueger’s operation and that Leo will now be a part of their team on a semi-permanent basis based on his expertise, which Leo says is unlimited. I’m sure. Leo the flirts with Sam, which leaves Steven uncomfortable.

Later that night, Steven voices his concern about Leo, who he thinks still loves Sam in some way. Mrs. Bloom convinces her husband that despite Leo’s knowledge of her past, that is simply what it is: her past. If only it were that simple, Sam…

So what did you guys think of tonight’s episode? Better than the pilot? (I loved it.) Sound off in our forums! 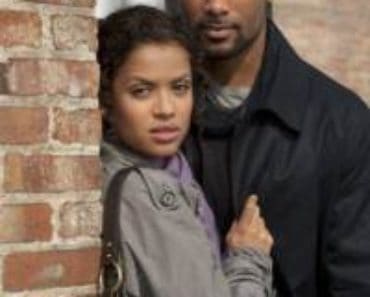 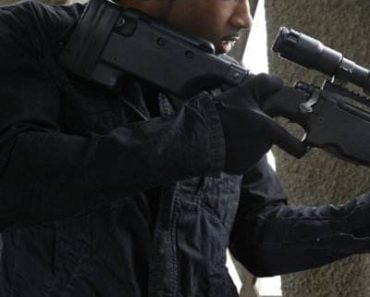 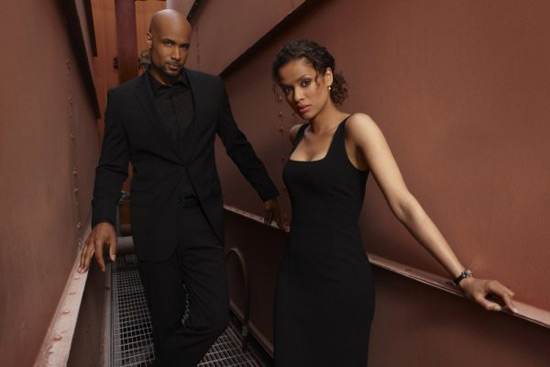 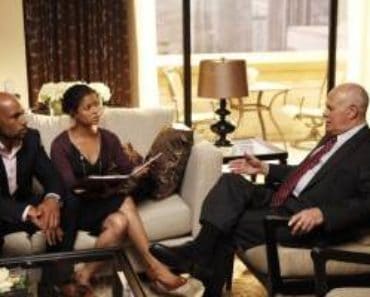 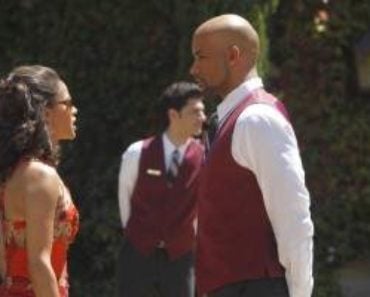