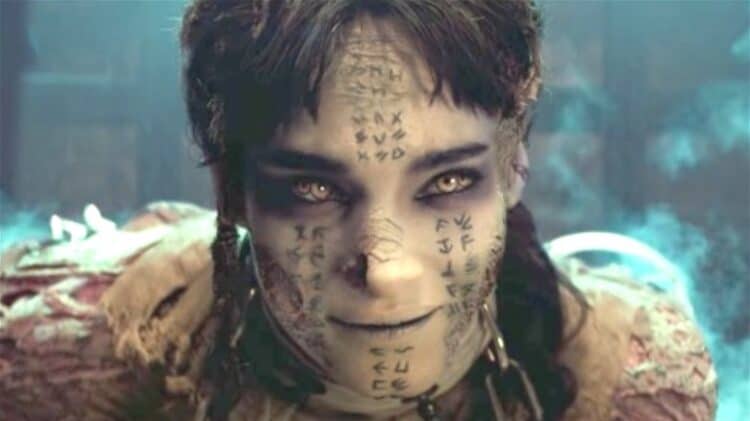 It’s funny what happens when someone of influence says something that people think is worth following, isn’t it? The rest of us, and I’ll admit I’m guilty of this too, tend to parrot back the same words while using our own biases and opinions to justify the original notion, proving that we’re just as susceptible as anyone to forming an opinion without being fully aware of what’s going on. Most people don’t like being called sheep, but like it or not, bleating out the same opinion makes that impression quite clear. That’s why I’ll make the statement, along with several other brave souls, that the 2017 version of The Mummy was NOT the worst mummy movie ever made. Even the Tomb of the Dragon Emperor, which wasn’t that great but had its moments, wasn’t entirely horrible, since the stories were sound enough, but the execution of each one is where the problems started. The fact is that Egyptian curses have been around for a while, but upon learning about this, Hollywood decided to take the leap and make a mountain out of a molehill when it came to creating something memorable.

To be fair, it’s not hard at all to appreciate this fantasy since it did manage to push an idea that has inspired many movies from the truly horrible to the awe-inspiring that have come to the big screen over the years. From horror to comedy to even romance, The Mummy is a movie idea that has taken on a different form with each new version that’s been rolled out over the years. But stating that the 2017 version with Tom Cruise was the worst isn’t fair in the least since the effects were quite interesting and the story felt as though it could have used a rewrite just to fill in a few big plot holes that did kind of create an imbalance in the story.

Turning the creature into a woman wasn’t that bad of an idea since the fact is that the mummy is, more or less, an undead creature that doesn’t lose the horror aspect when the gender is swapped. It’s an undead creature with immense power, there’s no need to worry if it’s male or female since the main point is to just run and try to find a way to kill it. The notion of keeping her contained in quicksilver as well as an inescapable tomb was interesting, and the need to feed on the vitality of humans was interesting as well. That part does feel rather normal for this since the regenerative powers of the creature do appear to need a kickstart after so long. The control over the sands and other mummies is also interesting since it’s an idea that’s happened before, and is one that is insanely frightening since the 2017 version brought this effect to a crowded city where the effects would be more than a little dangerous and would raise the body count by quite a bit. To be fair, this would be easy to enjoy, not because of the carnage, but because it would give the story an edge that it hasn’t had in quite a while.

When one looks back at The Mummy and The Mummy Returns starring Brendan Fraser, it’s easy to think that these are more family-oriented movies despite the horror aspect that has been kept. By taking The Mummy and actually putting a serious edge on it, to remind people that in the movie, people are going to die in horrible, grotesque ways, brings the horror aspect back in a big way while submerging the comedy just enough to acknowledge that it’s there without having to deal with snappy one-liners that are bound to come with every other line. Hey, some folks like that kind of thing, but when it comes to horror and horror-comedy, a lot of people were no doubt glad to see that The Mummy was at least being given a chance to step back into the horror genre with both feet. There are a few reasons why it feels that this movie slipped since it felt anticlimactic at the end, and the fact that it did so poorly while still setting up the possibility of a sequel proved to be a little frustrating.

This was the ‘ultimate evil’ after all, which makes it feel as though The Mummy should have been able to take on the likes of Dracula and the Wolfman without blinking. But somehow the movie didn’t find solid footing with the fans and was dubbed as one of the worst mummy movies ever. That sounds entirely unfair since many things felt as though they were done right in this movie, and they were overshadowed by the mistakes instead. But hey, that’s Hollywood, and that’s how it goes when someone states that something is terrible. Too many people are ready to hop on the hate train and lay down their own layer of nonsense.